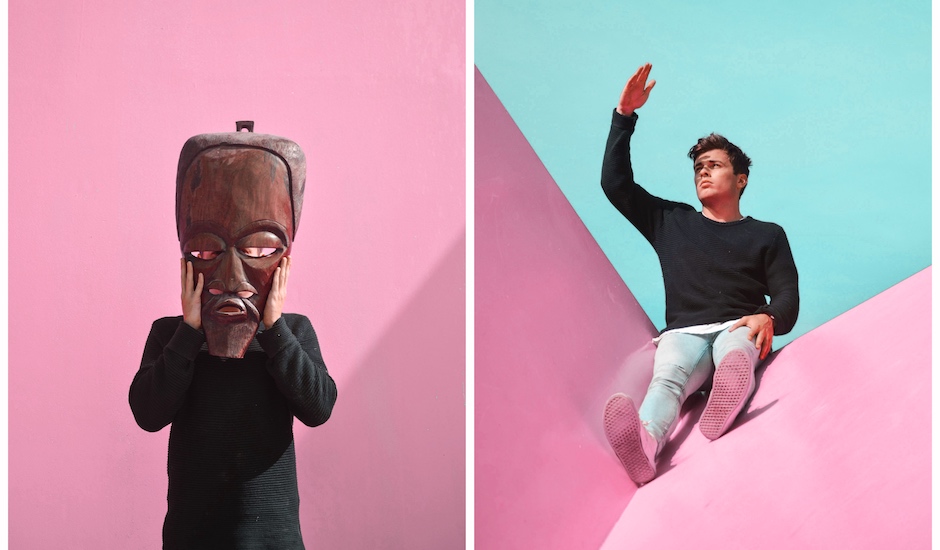 We reckon you'll be hard-pressed to find a more uplifting, joyous release of electronic music than Flamingo Jones' new EP, Lazers In The Jungle. It has a real Animal Collective-at-their-happiest vibe about it, and just begs to be listened to on a beach somewhere this summer. It's almost hard to believe something so beachy could come out of gloomy old Melbourne, but as you'll discover below in the nicely personal track by track, there's still some elements of the city in amongst the tribal beats and shimmering synths. Drink it all in below, and catch him launching it at The Gasometer this Thursday.

EP: LAZERS IN THE JUNGLE

The title of this EP Lazers In The Jungle is a lyric from Paul Simon’s Boy In The Bubble that I think does a really good job of describing the sound of the piece as whole. It feels at once organic and synthetic, futuristic and nostalgic. It’s your personal invitation to some sort of tropical island rave; it’s something that you’ve probably never experienced before. I also like that ‘Lazers’ is spelt with a ‘Z’. I think that ‘Z’s are cooler than ‘S’s and it opens the phrase up to other interpretations.

I’ve spent the better part of a year putting this thing together and I think what I’ve come up with is a very purposeful group of songs that all have their own distinct vibes and meaning, but when played together, perfectly combine to paint a very rich musical landscape in the listener’s mind. These are the songs on Lazers In The Jungle, hopefully you can listen to them and you enjoy them as much as I did when I was making them.

North (We’ll Be Warmer Up There)

North is a daydream for warmer climates - an exercise in temperate escapism. It’s freezing through another Melbourne winter and picturing yourself with someone special on a beach in Far North Queensland, caution to the wind, responsibilities gone. Sonically it's exactly how Lazers In The Jungle needed to open. It’s a fusion of various traditional African sounds and instruments, but from a fiercely modern, otherworldly perspective. My sister says they should make a cosmic Lion King sequel just so that this song can be the entire score. I doubt that will happen.

Highlife is a style of West African music that usually features a lot of clean, shimmering guitar lines, four-on- the-floor dance rhythms and very joyous, celebratory subject matter. I thought it would be interesting to take this festive musical approach to my hometown, as I think there is plenty here that should be celebrated.

Whilst I’m okay with a phrase, I don’t think I could possibly encapsulate the Melbourne vibe in a lyric as effectively as the Triple M commentary boys calling Buddy Franklin’s redonculous 2010 ‘Goal Of The Year’ could, so I leaned on them for a bit of help on this track. The sheer disbelief in Billy Brownless’ voice is something to behold, and I think it perfectly translates the joy of highlife music into a distinctly Melbourne context.

She’s On The Surf Coast

It might not seem like it on the surface, but this little pocket-ballad is actually about a fierce (although totally trivial) rivalry. It was born out of spending summers at my mum’s house on the Mornington Peninsula and defending its honour against anyone who happened to spend their warmer months on the other side of the bay. I don’t tend to conjure up a lot of angst in my music, which probably explains why this track is over in one minute and centres on such minutia.

The Island Does Crazy Things

This track means a lot to me, and hopefully people can take something meaningful out of it for themselves. To me, it’s about challenging the expectations you have of yourself and opening yourself up to change. I’ve always loved the expression “a change is as good as a holiday” and I think that Island... is possibly both of those things rolled into one.

On the production side of things, Island... really represents the approach I used across the whole EP. It takes traditional, familiar African elements, but repurposes them for a new context. The end result is something that feels very fresh, but also very familiar at the same time. 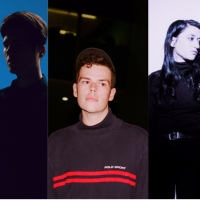 Electric Feels: Your Weekly Electronic Music RecapThe best of the electronic world in the past week, including Golden Vessel, Little Dragon, Tennyson and more. 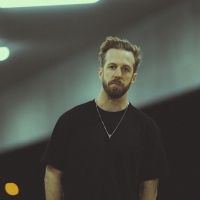 SHOCKONE Interview: "I sometimes feel like an outsider in the Oz musical landscape."Check out his new Matsu-directed video as the Dark Machine Tour nears kick-off.
Electronic