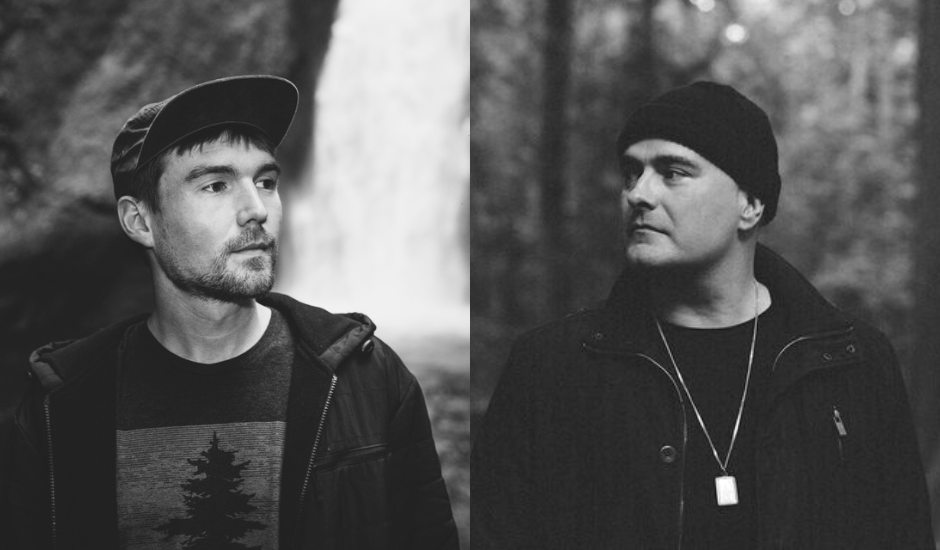 While producer collabs in the world of intstrumental beats might be fairly common (for good reason, best of both worlds!), it's always exciting when we get a veteran of the scene teaming up with an exciting newer beatsmith, which is what we get in the form of Sea to Sky, the latest single coming from Emancipator and Murge.

Having a breakout couple of years, Canadian DJ and producer Murge is making a name for himslef with his weaving of the eclectic and electric to yield dancefloor-centric beats. Combine that with the signature chilled-out grooves and tasteful arrangements of internationally renowned and long-time favourite vetaeran, musician, producer and DJ from Portland Emancipator, and you get a downtempo cut like no other.

Bonding over a conversation on their shared interests and appreciation for house music, the two artists decided to collaborate, doing so remotely. Recording live and sending parts back and forth, they crafted four minutes and twenty-four seconds that equally carry the hallmarks of their production styles in a way that is cohesive and exciting.

To celebrate the release of Sea to Sky (as well as the the fresh Murge remix of Emancipator's She Gone to the River), we wanted to learn a bit more about the collaboration and the single itself, and what better way to do that then have Emancipator and Murge interview one another. Take a read through the beautiful friendship between the two creatives, and what went into the making of the track as you take a listen to Sea to Sky below.

M: Here we go...haha. So my first question is, what sounds were included in the first soundbite that you sent to me?

E: I tracked down the original guitar loop that I recorded without a tempo using the line6 pedal: Emancipator - Sea To Sky Guitar Loop

E: I had found its tempo and added a really light beat and some root notes on a bass synth, something with plenty of room to add onto it.

E: What did you add next? Did you have a vision for what kind of track you wanted to make with me when you heard this first ambient loop?

M: When it comes to collabs, I tend to lean towards tracks that have a lot of openness and space. When we first discussed the idea of a collab, you had mentioned you had liked the house type vibes of my recent releases on Loci. So I knew that I wanted to create a track that would work well on a dance floor and also, that could work on a drive or as people were enjoying some introspective or reflective moments. When I heard your parts,  I went to two of my fave go to sounds -  piano and vocals.

E: Exactly, I really loved the most recent dance tracks you had released and I was deep into producing a house album so it made sense to work in that style of beat and tempo. All the tonal elements are very atmospheric and give it that sense of space we both enjoy.

M: Also, were your reverb sounds and delays created with any outboard peddles?

E: Most of my production reverbs are VSTs like Valhalla and various UAD plugins but for outboard the guitar loop was recorded using my Strymon Timeline and BigSky (delay and reverb) pedals.

E: Man, I love my Strymon Big Sky! When I was adding the vocal chops and a few other subtle elements, I had just purchased a vintage Roland SRE-555 Chorus Tape Echo and it definitely made an appearance or two with the parts that I contributed. 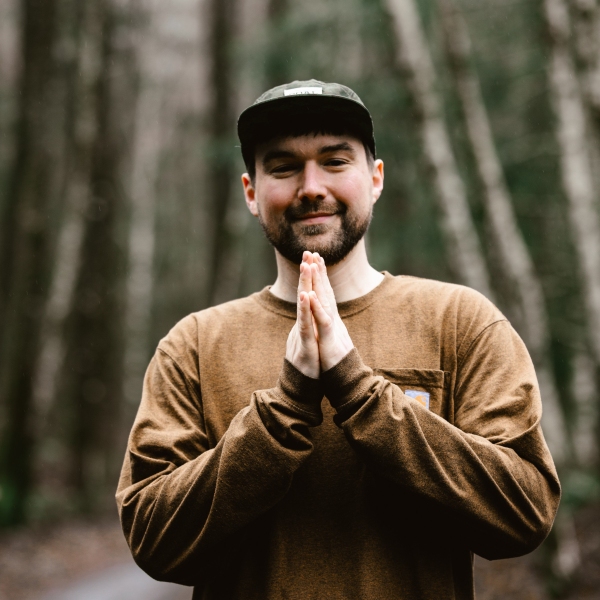 E: I like the saturation on those vocals, how did you achieve that? And is that from a sample or a piece of original recording?

M: The vocal bits were actually taken from a few previous recording sessions I had done with  Sierra who was featured on my track "Can't Hurt Me Now'. I took like 4 different sampled parts and pitched them to fit in key with the track. Then it was a bunch of automation with Valhalla, Filters and some Soundtoys plugins. Whenever I bring a session player or singer in, I often try to get the defined work done then give them some time and space to free flow a bit. Sometimes I've even found inspiration and elements to use for future tracks from the players during their warm up stuff. I always like to be capturing because some of the best ideas come from less structured moments in the studio.

E:That's very wise. I try to do the same, in fact my studio might be a little too unstructured.

M: Yeah I feel that way too sometimes!!

M: What inspired you to ask me to do some cuts on it? For me that process was one I was accustomed to from my time as a turntablist but it was a different process for me over a 125.5 bpm track haha

E: I was searching for littles bits of sound that would help elevate the track to its final form. Scratches are the kind of the sound that can bring texture and energy to a track without taking it to a wildly different space.

M: Totally agree! In the end, I'm happy with the select few moments that you chose for them to occur. I did them all through my Rane 72 mixer

M: Did you use a Moog for the bassline?

E: The bass is a Trilian patch of a Roland Jupiter-8.
M: Ah yes, nice. It really has it's place in the mix I find. The subbiness worked well as there is lots of great mid range elements 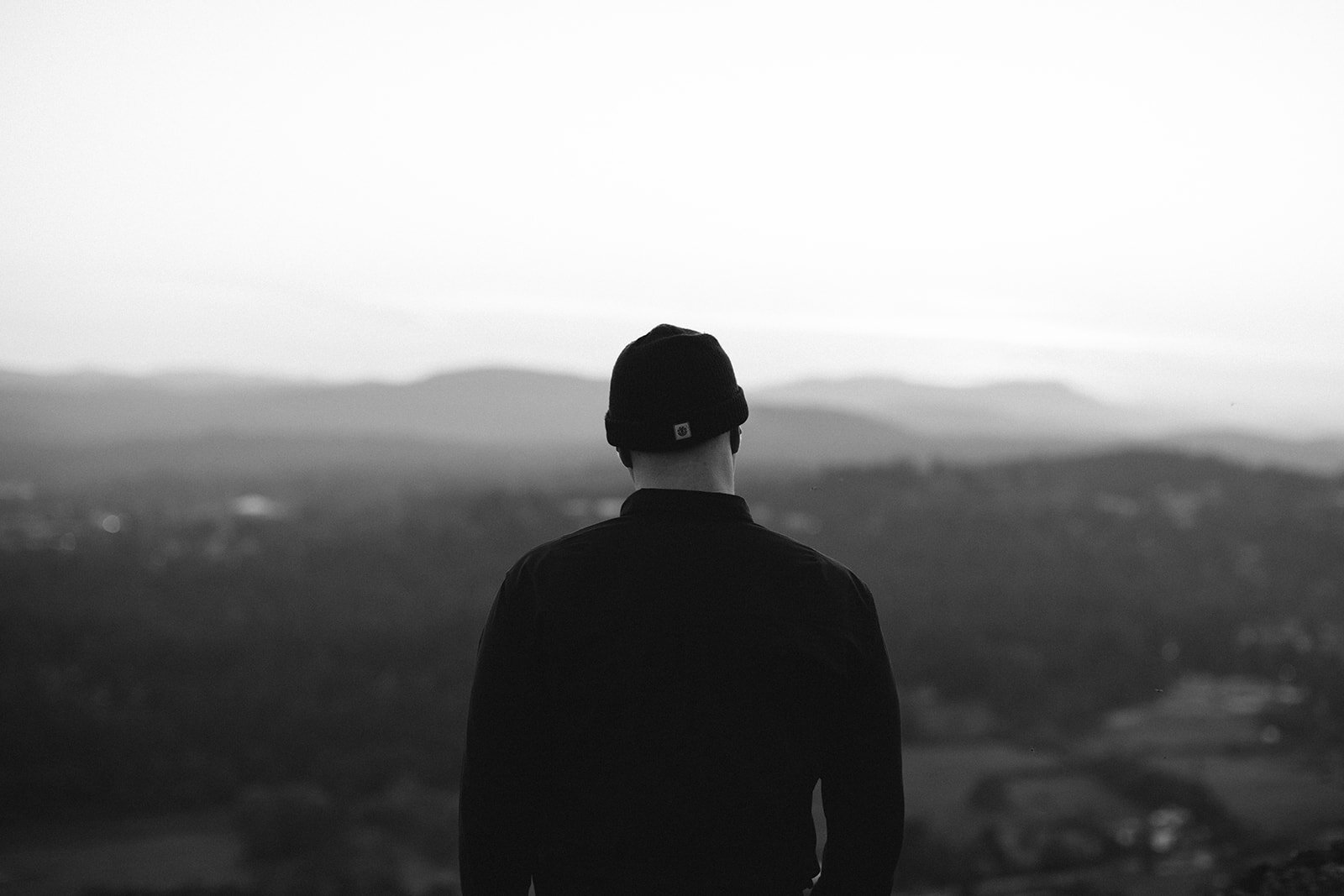 E: But enough about how it's made - how do you feel when you listen to this track?

M: The track definitely has a transcending and cosmic feel for me. I live pretty close to the ocean here and I love to surf and spend time in the mountains so it feels like the soundtrack to being in both of those environments. It would almost be cool to do an ambient version of it to go super deep! Overall, each time I hear the track it still feels fresh and mood altering/calming. Feels melancholic yet hopeful

M: How about you? How does it feel to you and whats the scene it best suits for you?

E: Yes, there are parts of the track, like in the intro or outro, that have this atmospheric swell that reminds me of the ocean or maybe a wave that crashes onto a coastline and evaporates into the clouds. I think the foundational guitar loop gives it this harmonic pedal point that reminds me of being in nature - as the elements or chords change around you, you remain constant.

M: Yeah I can feel that for sure.

M: How did you find the online collab process?

E: I really enjoyed working with all of the sounds and textures that you sent over. Having really inspiring ingredients make all the difference, and maybe the fact that it was a remote collab gave us both some time to pick just the right sounds we wanted. It felt like we both spoke the same language without saying anything at all. I think the majority of the track came together pretty quick and then there was a lot of time spent tinkering and finessing, recording little pieces, and mixing. I even played it at a show once before the final mix was done.

M: How was the response to it at the show?

E: People seemed to love it! It's at a really sweet tempo for dancing.

M: Yeah, I find there can be some magical moments in the spontaneity when you're in the same actual studio setting. I was also going to say that often my process in creating tracks can be more drawn out as I work through different ideas as the inspiration hits me. I agree that the remote collab allowed us time refine our contributions before sending them over to each other.

M: I think I feel like we are definitely on to something as far as each of our styles and sounds working really well together. I think it's safe to say we are certainly planning on a follow up track or two! As you and I were discussing, it would be great to explore some different grooves and tempos for the next collabs.

M: How do you feel about another  collab or two?

M: I feel like I need to send these several ideas I have over to you and that's likely been the holdup hasn't it? haha

E: Haha, I dunno I have a few starts I've been meaning to send over too. This could be a good time to stop the interview and get back to the studio haha.

M: I thought it was really incredible how we were able to capture elements from both of our styles and fuse them so well. Do you feel like it feels more like one or the other?

E: I think it's a really even blend of our styles.

M: Agreed, loved how you teased in the strings too! Looking forward to our next collab mate and I just want to say it was an honour and very enjoyable experience working with ya! Maybe we can get in the studio together for the next ones and perhaps recreate it on stage sometime! I have some ideas for live for sure.

E: I really enjoyed the process and the result. Looking forward to making another one with you. 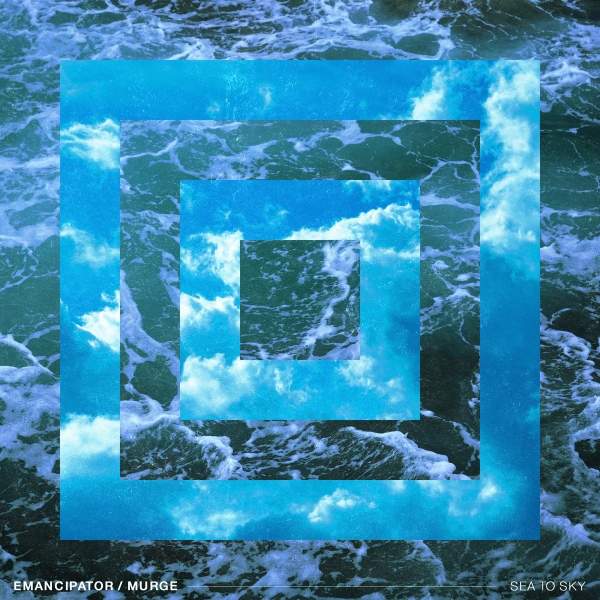 Emancipator & Murge's new single Sea To Sky is out now via Loci Records. 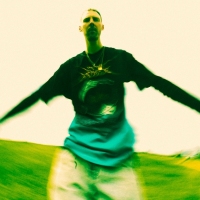 Listen: Skeleten - No Drones in the AfterlifeSoak up the chilled and funky new single with a timely reminder about the fragility of life from Sydney-based producer & vocalist 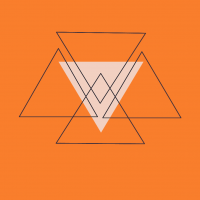