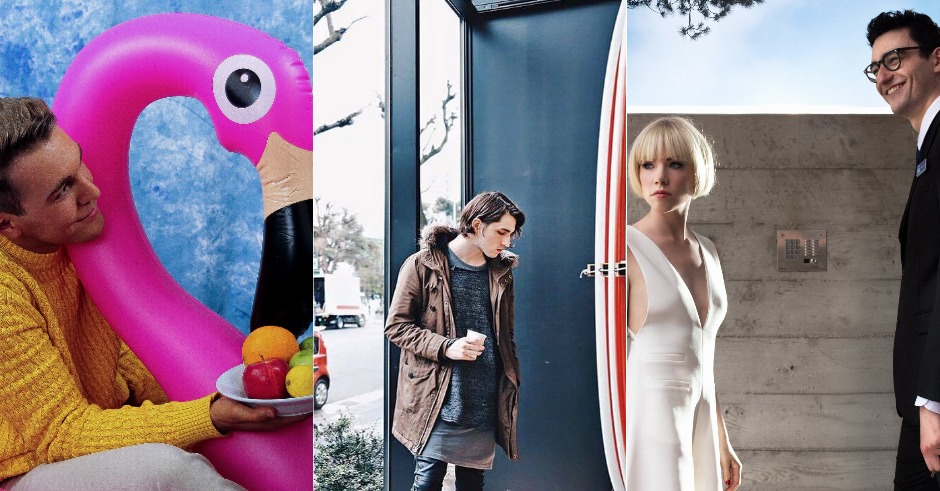 Bringing an old-school, classical feel back to electronic music, LA producer Autumn In June is doing some seriously sensational stuff. His new track Take Flight is refined and sophisticated, delighting with accessible synth-pop and indie-pop elements throughout the track's almost four-minute length. From the brooding vocal lines through to the glowing synth melodies, each element of Take Flight brings its own unique feel to the track, which all combines together to create a piece that is heavy in layers, yet light and delicate in terms of the overall feel of the track. It's up for a free download too, which makes it all that little bit better.

Since SOPHIE (although not under the PC Music umbrella as such, but is closely-affiliated and linked with label) teamed up with Charli XCX for the dazzling, four-track Vroom Vroom EP earlier this year, everyone has been keeping a close eye on what PC Music's next move will be. With left-field, twisted releases from GFOTY and Felicita in recent months, the next big PC Music release has finally arrived, with Danny L Harle (who gifted us with the adorable singles Broken Flowers and In My Dreams in recent years) teaming up with Carly Rae Jepsen (of Call Me Maybe fame) for Super Natural. Much like his previous singles, Super Natural is another sugary tease of hyper-pop, with bubbly synth stabs punching below Carly's anthemic vocals. Whilst I get that PC Music is not for everyone, with Super Natural and Charli XCX calling on SOPHIE and A.G. Cook for production favours, the label is getting more and more accessible and in my opinion, better and better.

Yung Bae - I Want Cha Back

Switching up into a more retro timeframe, I Want Cha Back is an upbeat, energetic disco number from upcoming LA producer Yung Bae (formerly Dallas Cotton). The track, taken from his just-released album BA3, boasts an addictive, almost MJ-like groove that pulsates amongst horns, synth chords and retro vocal cuts. Much like pieces of work from our own Young Franco, I Want Cha Back has an endless groove to it, that you can't help but just bop your head along as the sprawling bass lines do their thing.

The only Australian act on this list this time around (it's been pretty quiet this weekend), Bad Decisions are a Sydney duo who are quickly rising thanks to some pretty killer trap and future-bass cuts over the past year or two. Their latest comes in the form of a future-bass rework of The Persuasions' Good Times, a song which has become increasingly popular for sampling in electronic music since being used by Chrome Sparks in Marijuana and Jamie XX in the near-perfect I Know There's Gonna Be (Good Times). Bad Decisions' flip of the track injects tonnes of energy into the original's soulful acapella, with saturated synth, deep bass punches and quick-pacing high-hats joining the vocal track in what's quite an action-packed re-do from the quickly-emerging duo.

Whilst the pairing of Diplo and Skrillex as Jack Ü might've been your average bass-heads wet dream, an absolute truckload of people are similarly stoked to discover Shelter, the first track to come from Porter Robinson and Madeon's recent pairing. Both pioneers of that early, synth-dominated sound, signature shades of both Porter Robinson and Madeon are heard throughout Shelter, which grows and grows across the single's four minutes. For both camps, it marks their first major original in over a year and comes paired with the announcement of an extensive, tag-teaming US tour and rumours of a full collaborational album. Here's hoping that the latter is true, and the former will eventually grow into some Australian dates too. It's been too long, Porter. 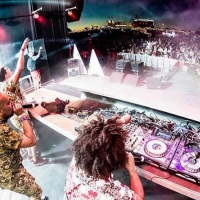 Premiere: Listen to The Partysquad's stomping return to Spinnin' Records, Pum PumA quick-firing, reggae-infused free download to get your weekend pumping in a good way. 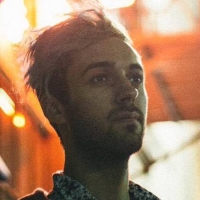 Premiere: Prepare yourself for Luca Lush's debut Aus' tour with new single, Anything 4 UThe fast-rising American future-bass kid is headed down under.
Electronic