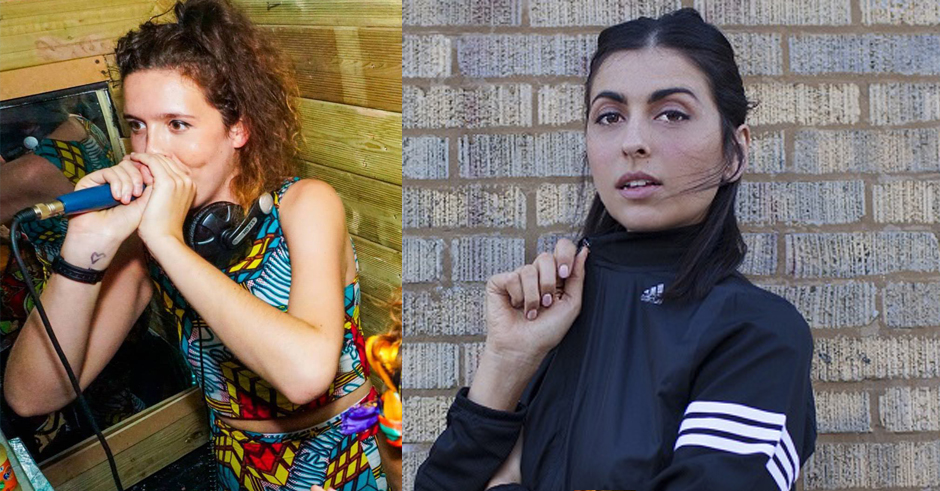 It’s Monday and life is tough – we get it. You’ve just poured your fourth cup of coffee, re-scrolled through your Facebook feed for the third time and you’ve no doubt had a mini-heart attack googling if you’re going to OD from the one too many Nurofens you’ve taken to combat that pounding, post-bender come down. Whilst our weekly playlist of moody, chilled-out electronica might’ve felt more comfortable - providing some solid tunes to wallow in your own self-pity to - we decided a change of pace might be better off. By taking some of these gloomy, down-tempo jams and injecting them with a couple of upbeat bangers, we hope to you up and back on your feet in no time, but still allowing time to grieve over the weekend just gone.

Moon Holiday - Out Of Bounds

Ever since teaming up with Flume for the bounding, timeless classic Insane, Australian vocalist and songwriter Moon Holiday has been somewhat of a dark horse within the Australian electronic scene, releasing a couple of striking, yet underrated tunes across the few years since. Teaming up with Seekae's George Nicholas and his newfound collaborator Hamish Dixon, last week saw the Astral People songwriter drop Out Of Bounds, a sensual new track to satisfy us as she rounds up her Australian support slot for Rainbow Chan. Out Of Bounds is a bit of an experimental cut, with Moon Holiday's vocals gliding gracefully over a chilled-out, crashing production. The production side of things is heavy with percussion and has a real rugged, chopped-up feel that contrasts against Moon Holiday's seamless, clean vocal work, especially towards the start of the track. As it progresses the production cleans up a little, mostly thanks to the addition of further synth work and a quirky melody that joins in towards the end, but it still has that really adventurous and exciting vibe that we find at the beginning of the single.

Another somewhat overlooked release from last week, Melbourne electronic outfit LANKS has been the source of some of this year's best indie-electro tracks, with cuts such as Bitter Leaf and Golden Age shaping up to be some of his best work yet. His newest release Holla is one of his most ambitious to date, combing his own signature chilled-out vocal sound with a ruthless, experimental production that really shakes things up from the get-go. The distorted, heavy opening catches you off guard but it doesn't last long, with LANKS' soft vocals coming in shortly after accompanied with a more mellow, piano-laden beat. That creative vocal melody from the song's opening returns about mid-way through, but it when it does, it turns into a tropical-leaning, bongo-infused breakdown that's one of the most creative breakdowns I've seen from an Australian electronic producer in a long while.

With just under a month to go until the release of their hyped debut album Good Times Ahead, Miami production duo GTA are teasing us with some of the album's most intriguing collaborations. First up came the genre-bending Wax Motif collaboration Get It All, then the What So Not-featuring feel-good banger Feel It and now Little Bit Of This, a wonky album cut featuring one of this year's best and biggest rappers Vince Staples. Staples is definitely the star of the show on the track, with his effortless rhymes swerving through GTA's percussion-heavy beat. It's slightly off-beat and unexpected, but just enough for it to actually sound exciting and extremely fresh. The track also has a really cool 'chugging' feel, which drives along and keeps the song sounding new and inviting throughout the short, three-minute song duration. Animal samples and wonky synth aside, the track craftily switches up into a heavy, more trappier sound for the final thirty seconds which really makes us hope there's a VIP of the track out there somewhere built around this final bang of energy in the original.

Whilst we already covered UNiiQU3's quick-paced remix of Lewis Cancut's PC Music-influenced bop Say Ok! when she announced her signing to NLV Records a few weeks back, the rest of Say Ok!'s just-released remix package is incredibly exciting. Where UNiiQU3 went down the loud and fast jersey club route, Moscow-based producer Kate NV decided to shake things up with a building, left-field cut that grows and grows throughout it's duration and then comes in Ducky, who is no stranger to us and her ruthless, in-your-face dub sound. Whilst all very exciting and creative, my personal favourite came from little-known dancehall producer Mina, who has somehow given Say Ok! a tropical-tinged, groovy flavouring. Tigarah's original Japanese-pop vocals effortlessly ooze into Mina's drum work, which bounces around down-tempo synth stabs and and light melodies from the original. It's definitely the most exciting, well-executed remix on the package, and continues my recent love into the dancehall side of electronic - something recently executed perfectly by Jubilee and her recent album teaser Wine Up, which is so, so, so, so good.

I'm gonna admit something here. When it comes to Dillon Francis, I really don't get it. I totally get the appeal of his productions but to me, his moombahton-leaning work just doesn't do it personally. That being said, Without You, his collaboration with UK house producer and solid 10/10 DJ alias-maker Totally Enormous Extinct Dinosaurs, is one of my favourite electronic tracks from way back and never fails to hit a soft spot whenever I hear it played out. So when I heard that his new track, the Will Heard-featuring Anywhere, was gaining comparisons to his throwback anthem, I naturally just had to check it out and to be honest I'm pretty damn impressed. Anywhere hits the marks where his EP This Mixtape Is Fire failed to, balancing a feel-good, house-leaning production with sensational vocals from the UK breakout songwriter, which pulses throughout the track. It's a bit of a curveball from the producer but something we're definitely welcoming with open arms, and hopefully something we see a bit more of from the producer in his future pieces of work.

This week's final cut actually plays straight after the song above on Soundcloud, so why not continue the order the Soundcloud gods set and place Anna Lunoe's scorching hot new banger Radioactive up next. Marking a new-found professional relationship with OWSLA (in the US) and Sweat It Out (in Australia), Radioactive is Lunoe's strongest solo piece of work yet, following up from collaborations with Chris Lake and Sleepy Tom in the year or so. Radioactive shows Lunoe's progressing production maturity and sophistication over the past few years, which has particularly catapulted of late with her spot as a Beats 1 host on Apple Music and seasoned party-thrower with her new HyperHouse shows. It's full of power and oomfph for the lack of better word, punching with stabs of bass and slaps of snare throughout the track's bouncy, house drops, which sits between vocal verse from Lunoe herself. It does exactly what it has to at exactly the right moments, solidifying Lunoe's position as one of the most forward-thinking tastemakers around at the moment - of any gender, of any country, of any genre. 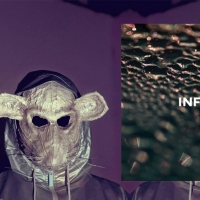 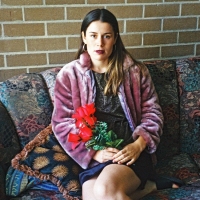 Premiere: Meet Francesca Gonzales and her killer debut single, HopeHope is the first enticing taste of an upcoming EP.
Electronic