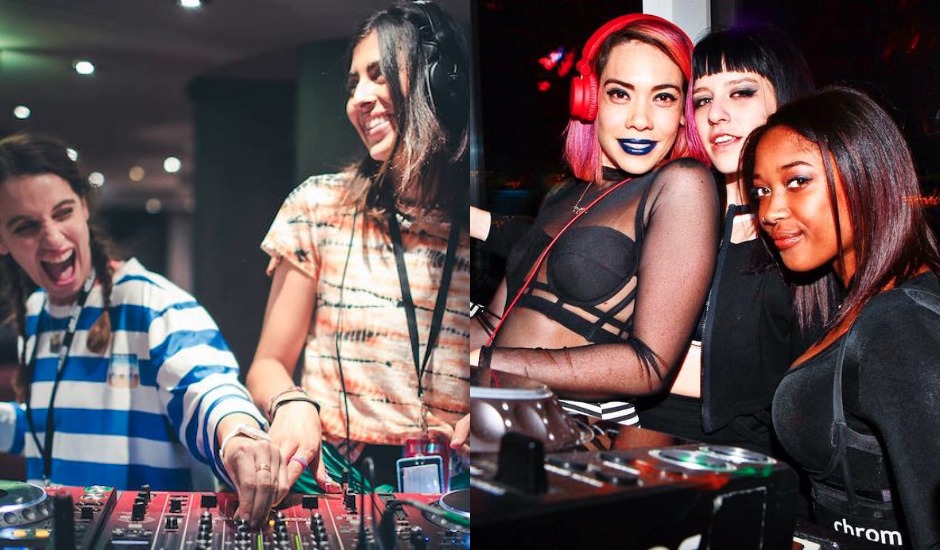 Before you begin this, please note we understand the reductive nature of separating the girls from the boys when it comes to any industry. But when DJMag can't even bring themselves to include just one woman on the cover of their 25 Year special edition, it's worth throwing as much love as possible to the plethora of bad-asses killing it rn. It's a long-time issue in dance music, and we more than anyone look forward to the day "female DJ" isn't a thing.

Until then we'll keep big-upping whoever the hell we want.

Over the past couple of weeks I’ve been searching across Soundcloud compiling a list of producers and DJs that I love, and one thing I've noticed is that there’s a fair amount of women pushing some really unique, heavy sounds, whether it be left-field jersey club, techno or just flat-out rave music. And along with the singular DJs and producers, there's also some fantastic collectives like Nap Girls, which aims to connect women in the electronic scene and promote them professionally, and Club Aerobics, a female-run collective that releases high-energy club music and throws parties in LA. They're all doing big things for females in the electronic industry and are ran by females themselves.

Something else I noticed is when searching “female DJs” on Google, you’re met with an article titled “EDMDroid’s Top 10 World’s Sexiest Female DJs of 2015” and another article similarly named “Top 10 Hottest Female DJs of 2015”, and it kinda goes without saying that the content of those articles is pretty light on for actual helpful information on new talents. It can get quite hard to discover new DJs and producers, despite there being so many available platforms to shine, and I feel like a big part of that is because of these kinds of articles, especially for women. It seems that when it comes down to these females in the industry, we tend to focus on the looks behind the music instead of the music itself and at the end of the day, the latter is what really matters.

So, in order to combat these articles which promote looks over music, here’s some producers and DJs currently killing the club music game - all female, all talented af.

Mija has been only been in the scene for a short while, but in that time she’s blown up immensely. She started DJing in 2012, and in the past four years she’s performed sets at HARD Summer, Coachella and Shambhala, among others. She’s been picked up personally by Skrillex and the OWSLA crew, dropped remixes for Major Lazer and DJ Snake, and toured alongside Jack Ü, A$AP Ferg and most recently, Jauz in Australia. Her DJ sets vary between her house roots, with dubstep, drum and bass and trap all featuring heavily, all the way through to happy-hardcore and nightcore, something mirrored on her Never B Alone compilation (listen HERE). Her productions vary between all her influences, with her remix of Middle replacing DJ Snake’s light breakdown with a frenzy of bass stabs to create a genre-blurring jersey-esque remix. In comparison, her remix of Major Lazer’s Be Together sports more of a traditional trap sound, and her Ghastly and Lil Jon-featuring single Crank It plays with heavy deep-house vibes. To have an artist with this much production variation (as well as variation in her DJ sets) is insane, and it’s something I think that really puts Mija one step above the rest.

Anna Lunoe has been an Australian hero for a while now, but since moving to Los Angeles to further her career she’s blown up immensely. In addition to her dark, techno productions, she runs a program on Apple’s Beats 1 aimed to promote everyone from EDM’s biggest and best to your young, yet-to-breakout newcomers, has her own mixtape series Luney Tunes, and yet, she still has time to have a hectic tour schedule (she’ll be back on our shores this June, check the details out HERE), where she showcases hard-hitting techno and house thumpers everywhere from festival main stages to dark, sweaty clubs. Compared to many other producers her size, she doesn’t release productions that often (fair enough, when you consider how much she does outside of producing), but one thing you can be assured of is that if it’s an Anna Lunoe production, it’ll be damn big, and damn good. She’s your bass drum dealer, and you can guarantee that she’ll always deliver.

Perhaps a bit of an obvious inclusion in this article, our home-grown #GIRLBOSS Nina Las Vegas has been pushing weird songs for years, from her early DJ sets and triple j House Party slots (then her Mix Up Exclusives sets, which was even weirder), right through to her newest venture into the world of production and record label head for NLV Records. Her latest release came in the form of EZY Or Never, a five-track EP that combined sugary-sweet vocals with deep thumping bass and quick-paced percussion in a way no one has ever done before. Collaborating with artists like Swick and Snappy Jit, signing artists like Lewis Cancut and Strict Face, plus using her platform on triple j to showcase what was then up-and-comers such as Flume and The Presets, Nina has defined herself as one of the world’s biggest and best EDM tastemakers, a title she’ll be bound to have for as long as she’s in the industry.

Referring back to Nina Las Vegas for a short minute, I remember coming across UNiiQU3 at Nina’s first international edition of NLV Presents. Performing on the same lineup with artists like Swick, Éclair FiFi and Sam Tiba, I distinctly remember UNiiQU3 having at least ten times the energy of anyone else on the bill, causing havoc with a high-energy, jersey club-filled DJ set and being a hype-woman for much of the show’s duration. Her originals and remixes match this energy, with tracks like Yo (I’m Lit), her remix of Anna Lunoe’s Satisfaction and her Brenmar-featuring single Hula Hoop all sporting quick-paced melodies that’ll have your feet moving at a pace you didn’t even know was possible.

All A-class DJs and producers in their own right, when Ducky, Bianca Oblivion and Suspect Bitch unite they form Club Aerobics – a genre-less, rule-less label hosted on Soundcloud. With releases from Ducky, Distal and Ryuki Miyamoto under their belt, plus radio shows featuring guest selectors including UNiiQU3 and Young Luxenberg. Club Aerobics goes one deeper into the underground than anything else on this list thus far, highlighting acts with only a handful of followers to a big crowd. Individually, Ducky also oversees the RAVE TOOLZ soundcloud, as well as recently releasing a BPM-raising, Snappy Jit collaboration Hack The Club, which joins her underground anthem Work as some of her best work to date.

With her productions matching the dark, grittiness of Gesaffelstein, and with releases under Deadmau5’s mau5trap label already under her belt, Canadian producer REZZ is quickly becoming the queen of deep, bassy techno. Her Silence Is Deafening EP is simplistic yet incredibly heavy, leaving complex, layered productions at bay in favour of a more uncomplicated approach. Her flip of Gesaffelstein’s Hellifornia (which has since disappeared from the Internet – RIP) was one of the dirtiest releases thus far this year, with Rezz’s signature, distorted techno sounds to be something that will hopefully come to our shores soon.

With a progressive, left field sound that saw her sign to Flying Lotus’ Brainfeeder label, LA-born producer TOKiMONSTA is, in my opinion, one of the strongest producers in the game. Over the past six years or so, she’s consistently charmed with A+ releases time and time again. She’s collaborated with Anderson .PAAK and beat-smith KRNE on her recently-released single Put It Down (which was pure class, by the way), dropped remixes for Miguel, Elizabeth Rose, Kehlani and more, and even launched her own record label Young Art. TOKiMONSTA’s productions are unearthly, blending hip-hop influences with dark, electronic productions in a way that constantly sounds unique and different.

Factory Girls are more than just a DJ squad, encapsulating a whole collective that dabbles in dance parties, music releases and events delving into the fashion and beauty world, music and performance/visual art. A celebration of feminity irrespective of gender, it's headed up by DJs Katie Rex, Guns Garcia and Suga Shay, they're a mesh of all things cool and regularly host huge events in excess of 800 peeps going all the way up to 10,000. It's crews like this creating a positive and inclusive environment who are running the show rn. All the while making fire mixes like the one below:

Signed to Fools Good and making up one quarter of the Athletixx crew, Kittens is one of the most forward-thinking producers out there. Her productions vary between trap, jersey and beyond, all entwining hip-hop influences to create a unique sound. Her DJ sets are full of energy and prowess, solidifying her with the rest of the Athletixx crew as some of electronics’ most renowned performers. Her collaboration with Gladiator, her most recent release as a solo performer, blends trap and jersey sounds with vocal cuts and samples to create one of the most ferocious trap tunes this year so far.

And if you're in the mood to keep digging through the proverbial record crate, here's a few more you may not be across yet: 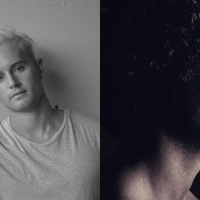 Premiere: Jake Carmody takes Vance Joy's Georgia On My mind into the futureGently though. 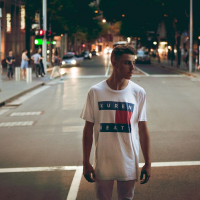