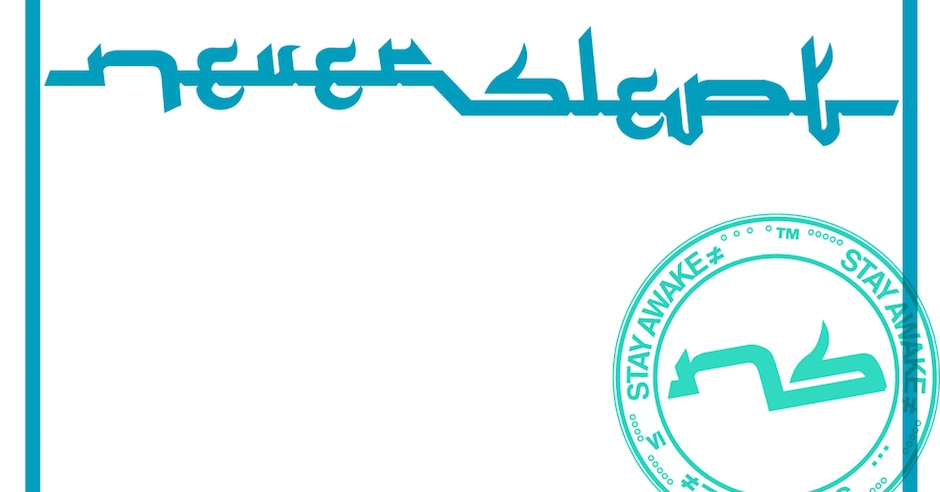 I’m crazy when it comes to Australians launching their own collectives, labels and music hubs – especially when it comes down to electronic music. With everyone from Nina Las Vegas to UZ launching their own labels in the past year or two, to stick out in electronic’s saturated label scene you’ve really got to bring something fresh and exciting. Luckily, Never Slept do both of these, hosting a wide array of names and sounds across their 18 major label releases. They’ve semi-recently launched a show on FBi Radio’s electronic hot-spot FBi Click to add to their plethora of online releases and really, that’s only the beginning of what’s to come. To celebrate their sensational year thus far, we caught up with label boss and artist himself Rattraps to talk about the label and who’s included (hint: there’s a few people), plus what’s yet to come from one of Australia’s most exciting labels.

So, first and foremost – what is Never Slept?

Never Slept is an independent electronic music label and collective based out of Sydney, Australia. We have artists all around the world, from South Korea to Switzerland, Canada to Lithuania, and of course Australia as well. We strive to give artists full freedom to create their art without being restricted to certain genres or styles, and as a result we are able to represent an extensive catalogue of eclectic bass music.

Who does the label include? Can you give us a bit of info about each member?

We have a massive roster of artists, but some of the main members are:

Rattraps: I’m the founder, Owner and Operator and A&R. I also produce my own style of melodic footwork heavily inspired by the likes of Machinedrum, DJ Rashad (RIP) and Aphex Twin.

P-80: Based out of Canada, P-80 is our engineer, graphic designer and producer. He writes his own signature style of footwork and has been present on our compilations, collaborations and his own solo releases, including his single Stay Lit that released earlier this year.

Robustt: Based out of Sydney, Robustt has been involved from the beginning and is a constant contributor. He writes a lot of club focussed trap with a distinctive melodic focus. He released his Situations EP with us last year, and has provided remixes for releases past and future.

SIMPIG: Based out of Switzerland, SIMPIG are made up of Shake It Maschine and Mr. Pigman. These guys have a really unique sound and write a wide array of genres, however they are mostly known for their ground breaking experimental take on footwork. They have been with us from the start and have been part of all of our compilations to date, as well as providing remixes for past and upcoming releases.

FVLCRVM: Slovakian resident, FVLCRVM is another long term member of the Never Slept collective. He effortlessly traverses a wide array of genres to create his own distinctive sound. His first release with us was on our Volume 2 compilation and since then has released his single Jet City late last year, and his Slipstream EP earlier this year.

Ruins: Sydney duo Ruins are relatively new to the Never Slept roster, but have already proved themselves to be an integral part of the team. They have a refreshingly diverse sound that evolves with each release. They write trap, dark brooding bass music and have begun experimenting with their own take on footwork. They released their Shallows EP a few months ago and will be featured on our upcoming compilation early next year.

What kind of music are we talking about here?

In addition to the artists above, we have a lot of variation in our releases. Russian artist NVLOAP writes his own fusion of garage, 2 step and dub. Nangdo from Germany and BSN Posse from Spain, provide that classic footwork sound, akin to the originators of the genre in Chicago. Kozmo & Subduktion, based out of the USA, are well known for their half time DNB. Dutch artist, Jasper Staal, provides a hip hop take on the ‘future’ bass sound. Then we have South Korean artist, No Identity, who couldn’t possibly be pigeonholed into any genre – the guy makes crazy music.

We have so many artists around the world that add their own flavour to the label and help Never Slept evolve sonically with every release.

What are your main influences as a label?

My biggest personal influences that helped inspire me to start Never Slept have been Warp, Planet Mu and Hyperdub. These 3 labels have carried the torch for decades when it comes to experimental bass music. Their releases are as diverse as it gets and Planet Mu and Hyperdub specifically, have helped push an otherwise unknown (outside of Chicago) culture like footwork, to a much larger demographic in the last few years. Obviously influences evolve and as such I have found myself following labels like Ninja Tune and Lucky Me very closely. What more do I have to say than “Machinedrum”? The guy is a genius, plain and simple.

Special shout out to German label, Saturate Records, as well. These guys have been pushing their own brand of bass music for the last few years and have gone from strength to strength with every release. I have had the pleasure of working with a handful of their artists like Subp Yao, FilosofischeStilte and Frenquency, and are proud to include them as part of the Never Slept collective.

What have been the most exciting moments for Never Slept as a label thus far?

We have had some really exciting experiences in our short existence. Shake It Maschine (SIMPIG) was invited to Red Bull Music Academy in Montreal this year. It was amazing to see such a talented, hard working young artist be granted the opportunity to travel to the other side of the world to showcase his music. Earlier this year FVLCRVM took part in Machinedrum’s Take Flight remix competition and won! This helped expose him to a much wider audience and it couldn’t have happened to a more deserving artist. Since then, Machinedrum has shown ongoing support for Never Slept, which is a massive motivator for everyone involved.

Apart from that, the most exciting experiences for me personally are finding unknown artists that make amazing music and having the honour of releasing their music to the world!

What have you guys got planned for the future?

We have the debut EP from NVLOAP releasing in November. It’s entitled No Feel Lies and is four tracks of garage, dub and 2 step. We’re also in the process of organising our upcoming various artist compilation due out in the first half of 2017. We release a compilation every year, and we’re really excited about the calibre of the submissions so far. Another big upcoming release is FVLCRVM’s Slipstream remix EP, which is going to be our first release of 2017. We have a lot of Never Slept artists on that one, as well as some new faces to the roster. It’s all being kept under wraps at the moment, but more details will follow later this year.

In addition to our upcoming releases, we’re also planning on starting a monthly club night here in Sydney next year. It’s still early days for this, but we’re really excited to start contributing to the vibrant nightlife of this great city.

Where's the best place to hear all your music and keep up to date with what's happening in the world of Never Slept?

The best place to grab all of our music is Soundcloud and Bandcamp. We have a handful of releases on Spotify, but prefer using Bandcamp as it puts a lot more power into the hands of the artists. You can also tune into Never Slept on FBi Click with me every Friday from 12pm-2pm. I play a ton of music from our extensive catalogue, future releases, guest mixes, interviews, as well as music from artists and labels that have inspired Never Slept along the way. You can check out past shows on demand HERE. 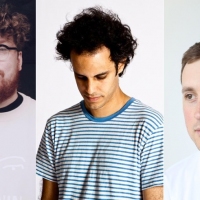 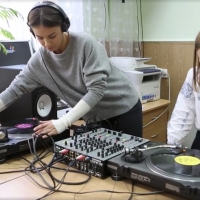