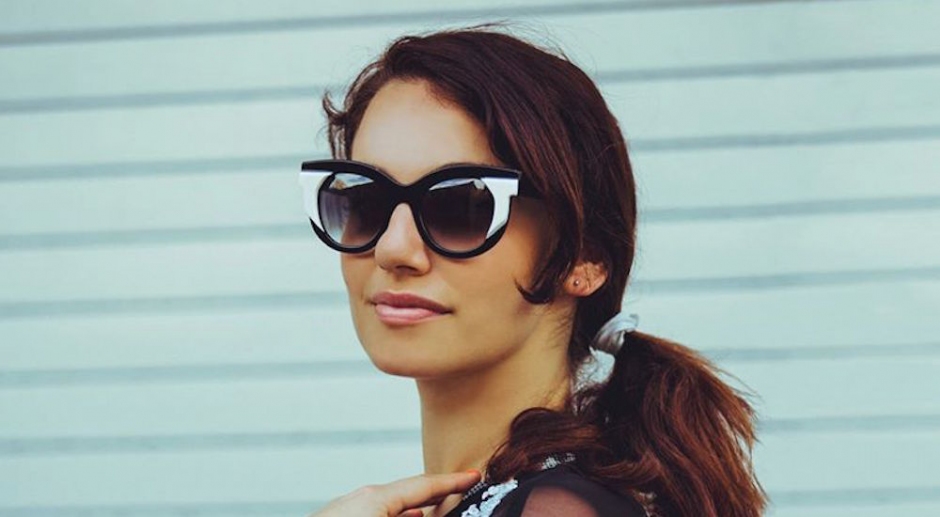 Australia’s resident tastemaker is far from just a household name. Having joined the triple j team as a teen, she’s since been championing electronic music talent onto the airwaves and spearheading Australian music into the stratosphere.

Nina Agzarian aka Nina Las Vegas has become one of those key figures in Australian radio setting the weekends alight with her sure-fire mixes of sounds from the underground.

The Wagga Wagga born-selector is unmissable behind the decks, with her take on Top 40 R&B, trap, grime and house paired with flavours of the unknown and tracks you could only wish you knew.

Did growing up in Wagga Wagga play a significant part in moulding you into music?

Yeah, 100%. I dunno maybe Perth is like this, but when you grow up in a small town, you fill every night with activities. So like, Mondays tennis, Tuesday is soccer, Wednesday is piano, Thursdays band practise, Fridays like... I was in a lot of musicals because that’s what we did in high school and I played in a lot of bands and I played the piano. And so most weekends there would be something on and that would probably involve me playing in a cafe or playing Jazz piano somewhere. So yeah, Wagga Wagga was a huge part of it. There is a massive musical scene in Wagga. Like for a regular centre, they have a lot going on. I guess if I grew up in a city, like Sydney or Melbourne I guess just the distance of everything might’ve made things harder.

I guess back then I had no idea what was cool, I came from a public school in Wagga Wagga so what was cool was either playing sport, or doing band stuff. If I was in Sydney maybe I’d be a bit more caught up in like parties and all that, but yeah, of course, that stuff happened, I guess it was just much smaller.

You might’ve found yourself on Kings Cross dealing with those pesky ‘Lock Out’ laws?

Hahaha maybe not that long ago, I mean I never had a fake ID or went out because if that happened I’d probably get in trouble from the bartender who more than likely knew my mum. So I guess I wasn’t very distracted growing up in Wagga.

So you started as an intern at Triple J, what was your motivator to get into radio?

Well I always wanted to do sound, I studied visual communication (viscom) but I did a major in audio engineering. I always wanted to. My dad is a graphic designer and artist but as much as I wanted to say I was copying him, I always wanted to do something different. I wanted to be in sound and music, and because I was so in love with music I wanted to do something behind the scenes. So I did go to UTS because it was next to tripleJ and triple j know that, and as soon as I got there and turned 18 I just hit em up. I started learning pro tools and FDR and within a year I’d been hired. I’m just one to do things that not everyone is doing, I mean at first I didn’t have any desire to be on the air, I wanted to make stuff behind the scenes. So when I was able to say “I can use pro tools and I can record vocals and I can mix.” I got a job pretty easily because not many people put their hand up for that stuff. I mean I put my hand up for everything and worked every job at triple j.

I’m actually not sure we are allowed to have interns at triple j anymore because of insurance stuff with being part of the ABC. It’s just a different game for companies like this. If you want to get into radio or music, these days you kinda have to go to the radio stations that aren’t run by the government.

So you decided to stop doing House Party, what was the driving force behind the move?

I just wanted to make music and I wanted days off. When I was doing House Party, it was just like a logistical thing. I was working five days a week, plus the Saturday night live and touring. I just had no time. I’m always one for new challenges, so I was like ok, I need to switch things up. I needed to quit something that was easy and, unfortunately, that was House Party. Like I can’t help it if it was fun (haha) that’s just life and you’ve got to challenge yourself. I would be very unhappy if I wasn't making music and spending time travelling and playing in the States I couldn’t do that when I was working seven days a week.

Was growth a big factor?

Oh yeah, it was just hard to fit everything in and you never want to do stuff that makes you feel like you’re missing out. So like, I just had to move on and it’s fine, KLP kills it! I mean I did it for around six years, which is not a short amount of time and a massive effort. So I don’t feel bad.

Mix Up Exclusives has a great balance of up and comers, do you consciously inject the Australian vibe to it?

Yeah, I mean this week I’ve got Dom Dolla and Luke Million on, I mean Australians don’t need my help anymore, they’re killin' it. That’s the plan; the game's changed from where I was able to lift people up and showcase them. We’ve got Unearthed High now and Home & Hosed with no shortage of big names and producers all from Australia, so now I have to give a hand to all the internationals now hahaha.

Would you agree that camaraderie drives the dance scene?

Yeah, it’s nice. Even when I was at HARD Fest, Carmada and Peking Duk were there, and it was so funny because they just kept yelling out “Australia” to me and I looked at them and was like... “Bro, I see you all the time, I’m gonna stick with the American’s just leave me alone hahaha.” But yeah, it was cool cause we are all friends, and it is nice. But I mean that’s like any element of the EDM world because the moment you start picking fights is the moment it becomes harder for you. I’m sure there are enemies but I don’t come across any.

The one I saw in recent was that Ten Walls Twitter rant. Thoughts?

That was a dude being massively homophobic and people were not putting up with it! Most musicians are pretty creative liberal spirits, and if you say something like that, it’s kind of insane. Also, dance music is driven by disco; and techno; and Vogue nights; and dance hall; and all that, there are a lot of people that are gay in the scene. It’s wild to say stuff like that and it’s just so wrong!

What’s next for NLV?

I’m touring at the moment, and in September I’ll be finishing my EP, which is kinda written but we are just mixing it down, hopefully it’s out for this coming summer. I’ll be kinda chillin’ also, just gonna sit back for a bit and write music. Like I did Stereo and Falls and all that kinda stuff, so I’m just taking a step back this year from all that and hopefully for summer I can just enjoy it. I’m back in the states in October and Europe in November, so yeah I guess it’s just touring... The world. hahaha.

There is no doubt that you are tastemaker, what are your top 3 best tracks out right now?

I mean, I loooove Skepta, I think SHUTDOWN is so good, and the Drake and Skepta remix of the Wiz Kid track, is just so fire! I listen to that all the time. I really like Hi_Tom Splits from these dudes called Rytmeklubben; they are some songs that I’ve had for ages. There’s a guy in London who goes by Scratcha DVA - with a track called allyallrecords and it’s out on Hyperdub and it’s one of those instant club tracks that you’ve ever heard. It’s also really cool.

Since coming home from the states I’m loving so much Future and so much Vince Staples, It’s all you hear on the radio and it’s really cool.

Here’s a tough one, but what are your favourite top three albums in any genre of all time?

And lastly, who has impressed you the most thus far in terms of production and who should we have our eyes peeled for?

Oh, I’ve heard Swick’s EP and it’s going to blow people’s minds, obviously I rep him hard, but he’s pretty cool. I also love the dude Strict Face out of Adelaide he’s killing and he’s got fire in his belly. Sable, Wave Racer, Basenji all have the most amazing music to come and they are just working, so damn hard! 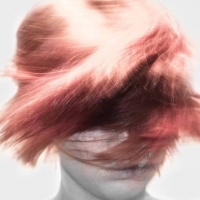 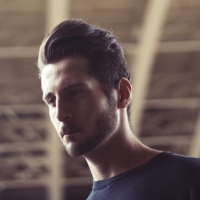