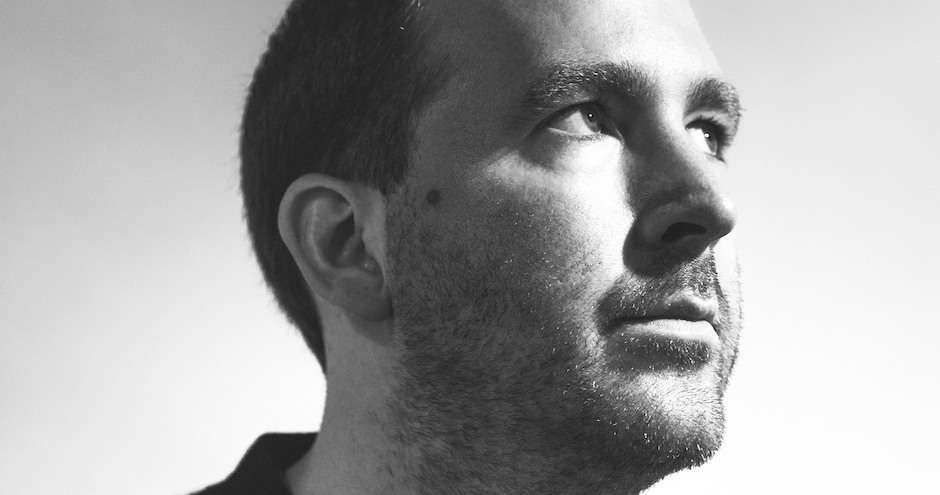 As one of the founders of iconic English electronic group Hot Chip, if there's one thing that Joe Goddard knows how to do it's writing dance music. Electric Lines - the musician's first official solo album - further solidifies this, delving into the world of the warm and comforting, vocal-led electronica that Hot Chip are so notorious for but in a completely different style than those explored in his group's six LPs and numerous other releases. Across the album's 13 tracks, Goddard dives between sub-genres and styles. There's plenty of vocally-charged anthems à la his solo break-out Gabriel, but for every accessible radio tune (Ordinary Madness, Home) there's a thumping techno-leaning track or a more experimental cut (Funk You Up, Lasers), with Goddard flexing his production versatility with the album's many styles.

Despite the album's versatility, Electric Lines is fairly consistent in the fact that every single song on the record is fairly well-produced, which has proven a difficult task that not every dance musician can pull off. The slowly-building, very Hot Chip reminiscent Lose Your Love is energetic and exciting, taking notes from the French house craze and his previous ventures in Hot Chip for a very retro-sounding single, similar to the immediately-following Home, which goes even further on the nostalgia trip with a hook borrowed from Brainstorm's We're On Our Way Home - released back in 1978. Human Heart and Music Is The Answer are radio-destined pop hits that ooze with this slick, accessible tone, which is completely shaken up in the pulsing, sweaty club tracks of Children, for example. On the whole, Electric Lines is a brilliantly-executed journey through dance music's extensive history and many sounds, with some foresight into the future of electronic additionally thrown in for good measure. It's well-crafted and complex in its simplicity at times, and in its 67 minutes, Electric Lines brings to light an answer to the question on many's minds. Yes, Joe Goddard is so much more than Hot Chip and with or without the accompaniment of Taylor, Clarke and co, he's able to shine on his own too.

It's been four years since London Grammar's sensational debut If You Wait took the British trio to heights they had only dreamt of, pushed along with the help of stand-out singles in Strong and Hey Now. Truth Is A Beautiful thing, their long-awaited sophomore record, is one of this year's most long-awaited, with the threatening 'sophomore slump' phenomenon all but dispelled with the album's many, beautiful teasing singles. Oh Woman Oh Man is an example of these singles and perhaps their best yet, with the radiant and enchanting vocals of frontwoman Hannah Reid at their most breathtaking yet. These vocals are the focal point of Oh Woman Oh Man, left to shine at their strongest by the single's slow-paced and subdued melodies, which softly hum in the background of Reid's angelic capabilities. It's the fourth single to come from the record - out June 9 - but it's, in my opinion, their strongest yet, making their unforeseen omission from this year's Splendour bill all the more sadder.

Airling - Give Me All You Got

In the lead up to her debut album Hard To Sleep, Easy To Dream, Brisbane's Airling has been charming us with some seriously great singles. The latest of which, Give Me All You Got, is her strongest yet, with the ethereal vocals of Hannah Shepherd well and truly dazzling above the single's lush beat. Funnily enough, it's very reminiscent of the British three-piece just above this, with Shepherd's vocal dominance in Give Me All You Got easily comparable to the vocals of Hannah Reid in many of London Grammar's tracks. It's more stripped-back and simplistic like London Grammar too, with Airling electing a single more mellow and subdued than the other three teasing tracks thus far. Mellow or not, Hard To Sleep, Easy To Dream is shaping up to be a brilliant release for Airling based on the singles thus far, with the capability to create another international vocal superstar out of Airling like many Australian women before her - it's only a matter of time.

Panama - Hope For Something

It's been a while since we've last heard from Sydney's Jarrah McCleary, better known as the man behind Future Classic act Panama. Last time we met, he was joined by Australian percussionist Tim Commandeur for Jungle - released as a stand-alone single in 2015 - but now he's solo and armed with an equally impressive single called Hope For Something. Whilst it doesn't have the instant accessibility of Jungle or the anthemic Always, Hope For Something impresses in other places. McCleary's vocals soar above the single's well-crafted, summery production, that grabs the last remaining sun of this year's warm season and squeezes it into an easily-digestible, four-minute burst of brilliant Australian electronica. It's light and refreshing just like Panama's previous work, but in a way that is more subtle and than in tracks like Jungle, which sort of makes you dig for it, and thus appreciate it, a little more.

Continuing the run of comebacks in this week's column thus far, Outta Here is the first piece of new original music from Melbourne duo Two Can this year, with the two-piece spending much of their time buried in the studio or doing one-off gigs across Australia. Outta Here continues the tropical-infused sound of singles like their Savoi-featuring belter Holding On To You last year, pumping an addictive, house-leaning production full of light and relaxing summery tones in true Two Can fashion. At times it gets a little EDM-y, but it's a great track, so who the hell cares?

DROELOE - See Through Me

When talking about the future of electronic music, emerging Dutch duo DROELOE immediately spring to mind. The boys have been incredible of late, dominating with some really impressive singles and collaborations across the past year, the most recent of which being See Through Me. See Through Me is a bit of more laid-back track from the duo, electing to showcase their bass-heavy sound through a more relaxed route instead of the club-ready bangers we've come to love from them. The real star of this single is, in my opinion, the percussion, which acts as a driving force behind the single's building nature and gives the track a clean-cut and crisp edge that I really enjoy. The duo join fellow Heroic acts in San Holo and WRLD on UNDR CTRL's bustling talent roster, which is hopefully a sign the duo are heading out this way soon-ish. 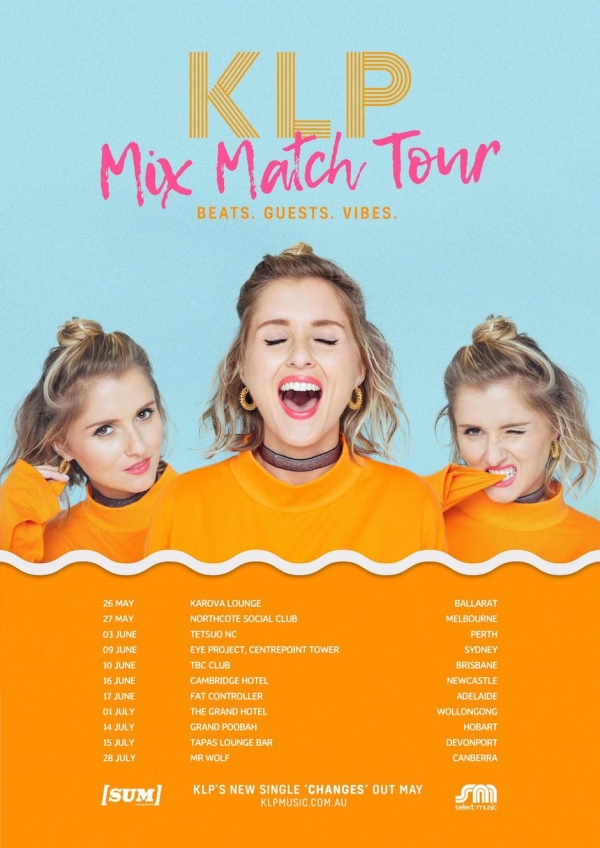 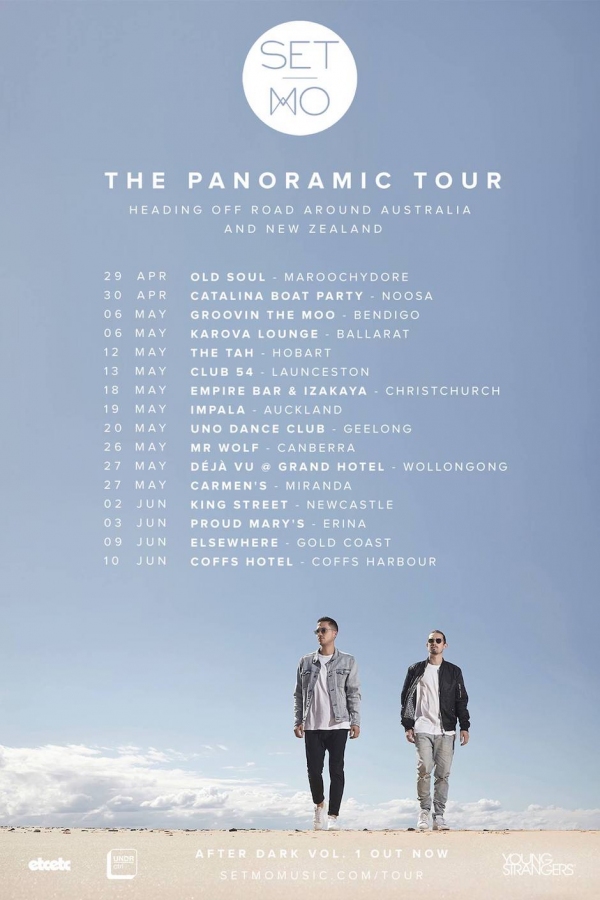 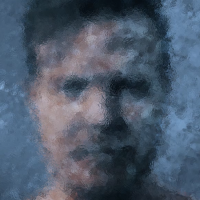 Premiere: Enter the haunting, ethereal world of Andy Ward and his new single, Let Me DownPrepare to have your breath taken away. 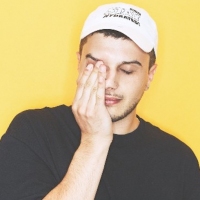