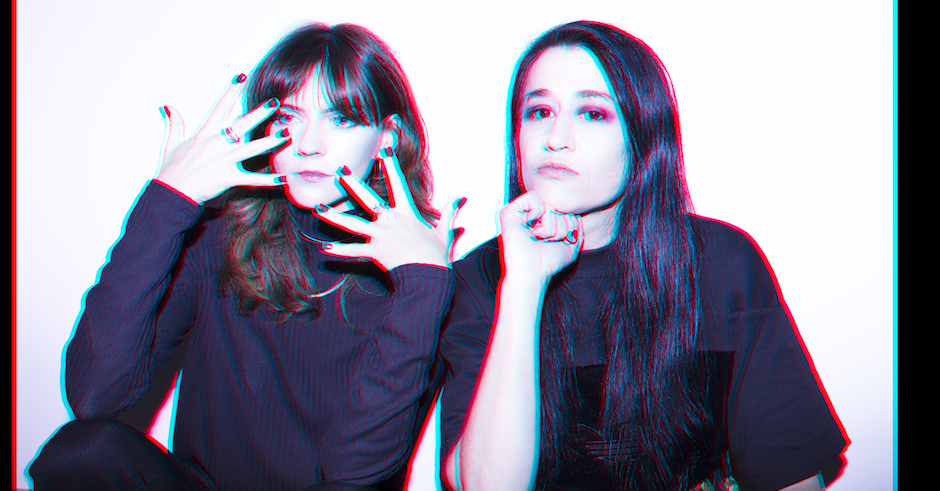 Ever since breaking out with last year's debut Polychronic EP, Sydney electronic duo MEZKO haven't slowed down. This year, they reinforced their deep and dark sound with two singles - Come & Go and They Like. We Like - before unleashing a second EP SYZYGY back in July. Now, they've returned once again, closing out their year with another new single titled Guess Who. Further exploring their clashing and menacing sound, Guess Who is a single that sees MEZKO push their sound to its limits, with their left-field experimentalism pulsing through the single's thick sound. Lyrically, it's a bit more of a personal one, with the duo saying it's centred around the feeling of eliminating negative forces in your life. "This is a song for the people you leave behind," they say on the track, which arrives with a headline tour with LA experimental pop outfit VOWWS in November - full dates HERE. "The ones that got you really hard and then dragged you right down. It's about moving on from someone toxic, a kind of a soundtrack for removing the dirt and not going back."

A few months ago, we were introduced into the mysterious world of Yù Yī, who at the time, was bursting onto the scenes with his debut single Peaches. Four months later, we still don't know too much about the rising name other than he makes really brilliant songs, something he's showcased once again with his second track, Jello. Featuring Jackdylan, Jello is a sensational return from the Brisbane-based musician, who drops the colourful track fresh from killing BIGSOUND and taking our the triple j Unearthed Listen Out competition in Brisbane. It's bright and refreshing, uniting this hip-hop vocal with a saccharine sweet production laden with pitched sampling and these little bursts of synth, which when compared to some of the bigger names doing similar things, are noticeably more restrained and light, giving the single a bit of a unique twist. It's the next taste of an upcoming debut LP titled FRÖÖTI, which is sure to further push Yù Yī into the stratosphere when it arrives soon.

Donatachi's sickly sweet sound has been a long favourite of ours, with the Sydney-based producer proving to be a rising force with collabs alongside Tashka, Blair De Milo, Mallrat, Oh Boy and more. After a reasonably quiet year release-wise thus far, he's now returned with another quick-paced delight, linking up with Kult Kyss vocalist and Australian collaborator favourite Rromarin for a clanging and synthy return titled Precious Metal. It's a thick and punchy single that unites Donatachi's inspiration in PC Music's electronic experimentalism with the bright pop vocals of names like Charli XCX, with Rromarin's sugary vocal gliding over Donatachi's bubblegum pop production which is about as fun and animated as its ever been. "I wanted to project the uplifting energy of 90’s trance and evoke the sentiments of happy hardcore, the feeling of euphoria despite the chaos of the beat," says Donatachi on the single, which arrives ahead of a full EP - his first - later this year. "Having it in mind that this would be the lead on my first EP, I was thinking more & more about my place in the world as an artist as well as what I would want to hear as a listener."

UK producer Westerman has been one this year's big electronic breakouts, with a run of sensational singles over the last ten months picking up a heap of acclaim in Australia and overseas alike. He's topping off his year with the release of his new EP Ark, which when it arrives on November 7th via Blue Flower Records, is sure to further unearth Westerman's position as a "buried treasure" and push him further into the spotlight - especially if the full EP is as strong as its leading single, Albatross. Uniting the realms of organic and synthetic instrumentation with natural bird samples and his charming, constantly incredible falsetto, Albatross is a smooth and refined return from Westerman who uses the song's almost house-pop-like sound to further explore the project and experiment a little. "Albatross is set on a lake in my mind where I go to escape the worries of day to day existence," he says on the single. "It's a more innocent and natural place. There is a growing impingement on that place as time starts to feel like it moves faster, and more demands emerge. The song looks at that threat both to the physical environment and our own psychology through the inevitability of an ever-changing landscape."

When it comes to sun-soaked house jams, there's been no one quite as consistent over the last few years as Sydney's POOLCLVB. After teaming up with Doolie earlier this year for Freefall, POOLCLVB has just returned with another summery banger, teaming up with Oregon vocalist Reva Devito for a more funk-focused twist on signature bright house sound. It's packed full of that warm and sunny flavour we've come to love from POOLCLVB but with a bit of an extra, dancefloor-ready twist, with the Sydney producer taking things down a more disco-funk-like route with a bustling bassline kicking underneath Devito's bright vocal and the single's fresh melodies. "Flying Away is drenched with funk n future soul, like a crisp crack of a can of soda," says POOLCLVB on the single, which arrives with a full Australian tour. "There’s been nothing fresher or more satisfying than having the opportunity to work with Rev; she commands the mic! The result is a cool breeze with some jazz steeze; we hope you like!" 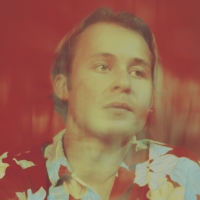 Introducing KESMAR and his impressive debut single, Feel It AgainThe Sydney musician will launch the LANKS co-produced single at The Lansdowne Hotel in November. 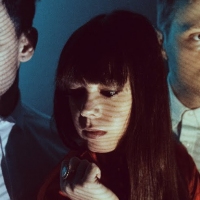