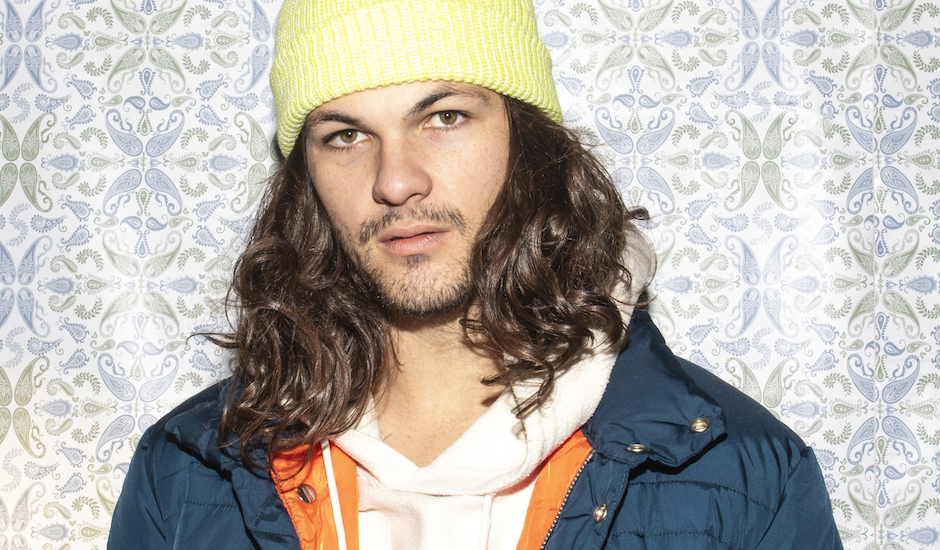 When it comes to electronic acts having dominant years in 2018, it's hard to look past both BAYNK and Glades. The former has become one of New Zealand's most adored, with a collection of singles across the year proving his strength following 2017's debut Someone's EP, while the latter has become one of Australia's most successful; their debut album To Love You capping off a strong three years from the three-piece with a release that showed their strength in crafting catchy electro-pop. Off Limits sees them come together for the first time, with GLADES vocalist/guitarist Karina Wykes soaring above a plucking production that elevates the pop mannerisms in Wykes' vocal, coming together to create this very care-free and euphoric take on electro-pop that perfectly matches the bright, sun-soaked summer ahead. "I had always wanted to work with GLADES after hearing Karina’s voice pop up on the radio one day. It’s so unique and interesting. Once I got to their Airbnb I realised how much of a writing powerhouse the whole group is and how in tune they are with each other. The whole process was easy & natural and the song just sort of fell out of my brain," says BAYNK on the single, which arrives ahead of a new EP expected next year. "We wrote Off Limits with BAYNK while we were writing the album in our Airbnb living room-turned-studio on a hot summer LA day," Glades continues. "There was a dodgy looking rope swing in the back that none of us wanted to try, but he was the first one to try it. Off Limits is about being scared of admitting your feelings for someone. When you’re afraid to cross the line, in the fear of losing something that’s already so good."

With the release of their Machine Age-featuring return Daggers earlier this year, Perth production legends SLUMBERJACK announced their long-awaited return EP SARAWAK - a release conceived and produced from the duo while taking a break from their relentless, internationally spanning tour cycle with a writing trip to Borneo's Sarawak region. It promises to see the pair further solidify their clanging and often-bass-charged sound, something that's in front and in focus on the EP's second tease, Solid. Featuring London-raised producer TroyBoi, Solid is an extension of this signature sound, taking us back to their beginnings with staccato twangs of metallic synth, thick bass kicks and warping, twisted melodies combining among clever, looped vocal samples that come and go alongside the crashing production. "We're going back to our SLUMBERJACK roots for Solid," says the duo on the single, which was recorded while on tour with TroyBoi in the US. "We really took this track on a trip around the world, starting it in the USA on the cramped conditions of the tour bus and finishing it in China. Working with TroyBoi reminded us of the fun of keeping it simple and bouncy." The full EP will arrive early next year, but in the meantime, Solid is a real winner that will keep you satisfied until then.

In case you're yet to be properly acquainted, LOVER is the new project from Australian musician Oliver Kirby, who with the first release from the project - Eagle To The Prey - earlier this year, presented an exciting new venture bound by thick, R&B influences and a gorgeous, electronic sway. Best Side is its follow up and it sees Kirby further flesh out his sound, with that soulful R&B touch reduced to just a smattering as bright melodies and this generally quite summery feeling offers something a touchbit more bright and hopeful, something that was brought on while trying to capture a particular scene through the single. "The beat was originally titled ‘sunset’ and we wanted to capture the atmosphere of that time of day," says LOVER on the single, which was produced by fellow Australian riser Tanssi. "The track came together pretty quickly and we did our best to finish it before we left for Los Angeles. We were cutting it pretty fine, but somehow Tanssi managed to finish the master an hour before his flight." Guided by influences including the Australia-bound Rex Orange County, Best Side is further proof of LOVER's knack for creating emotive electronica worth checking out, and with a big 2019 ahead, we feel like there's plenty more to come. "I’ve always found writing happy songs a challenge. It pushed me outside of my comfort zone and vocally I wanted to give off a vulnerable performance."

After last year's two-side Judge Me / I Miss U saw glitching, futuristic production meet the pop-centric vocals of rising musician phem, LA-based producer Robokid has spent his 2018 diversifying his sound, with a range of singles and collaborations offering multiple different sides of the producer and songwriter. His five-track EP at the start of this year, Apart, is an excellent example of this diversification, mixing shimmering electronic productions and bright bursts of energy alike with his own vocal, which despite only entering the forefront of his music recently, has already glided over a strong collection of productions - quick-paced synth (DEAD2ME), thick funk-house (Sunny) and now, upbeat club-house, as he joins forces with the now-solo Hotel Garuda on Survive. Survive acts as the meeting point for both Robokid and Garuda, with a slightly distorted vocal rich with auto-tune meeting a clapping, house-centric production that punches with bass kicks and stabbing synth. It sits somewhere in between emotive pop and house, and for Robokid particularly, offers something a bit more personal than your standard pop-house tune: "Survive is loosely based off my own relationship, but its about two people who are trying to make things work in the midst of hopelessness and tragedy, as well as the listlessness that comes with growing up and contemplating your existence and actions," he says.

It's been a while since we've last heard from Australian producer Fossa Beats, with tracks alongside Dugong Jr. and others placing him amongst the top of Australian production types, something he's out to prove with his first major release for 2018 in Please Believe. It's a single filled more so with hip-hop mannerisms than the bright electro-pop that signalled his early work, such as the Mad Decent cut Echoes, with Post Malone/A$AP Ferg collaborator FKi 1st gliding above a hazy production that brings washed-out melodies together with crisp percussion and dark bass kicks, Allen Ritter's contribution adding further depth to an already layered single that reaffirms the producer's strength after a bit of time away from the spotlight. "It’s amazing to have such respected and high profile artists in the music industry apart of my project," he says on the single, which caps off his 2018 ahead of a big year promised - collaborations with names including Mallrat teased on socials providing a bit of excitement for what's bound to be a great year for Fossa. "FKi 1st has been a mentor and close collaborator over the past few years so I’m stoked to have him feature on my single." 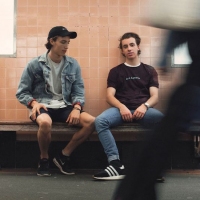 Premiere: SŸDE let themselves free in video for Follow Me feat. Evan KlarThe quickly-rising electronic duo cap off a big 2018 by guest starring in their latest video. 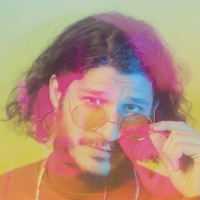