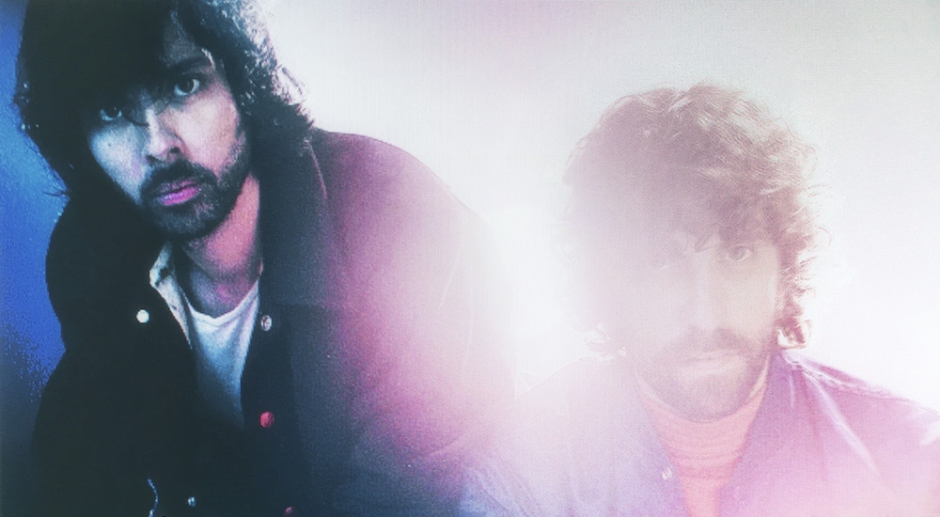 While Australia may have cooled on the Ed Banger Records explosion that so wonderfully consumed us in the mid-late 2000s, the captains of the ship, Justice, didn't really seem to mind. That very specific, very unique crunchy brand of French electro-house seemed to fall by the way side, in its place a host of EDM overlords, tripping down our way every couple of years for Stereosonic and Future Music Festival. But as that movement also fell by the way side (in Australia anyway), replaced by the already-forgotten trap movement, the old guard of acts like Cut Copy and The Presets have begun to find their strangle-hold back on the Aussie dance scene.

And with that comes a returned appreciation for French twosome Xavier de Rosnay and Gaspard Augé, who earlier this year graced Sydney City Limits Festival and Melbourne with some huge return shows. At the time they were celebrating the release of their third - and generally pretty well received - album, Woman, one that was a very pleasing mix of their groundbreaking debut release Cross and its more psych-rock-leaning follow-up, Audio, Video, Disco.

Having toured that album pretty extensively for the past year(ish), they decided to pull a Daft Punk Alive 2007 on the world, unleashing a new album that basically puts some spit-polish in the production booth on that live show, birthing Woman Worldwide. The result is 14-tracks of pure, fist-pumping euphoria for Justice fans new and old, mashing up fan favourites from their 15-year career into a French electro behemoth.

Well early 20s Troy scored himself a treat recently when he had the opportunity to chat to de Rosnay about Woman Worldwide, the motivations and processes behind it, and what drives the duo in 2018 having conquered the world several times over. Check it out below:

What was the process behind building Woman Worldwide?

We spent eight months of preparation and rehearsals before the tour, and then played shows for maybe 10 months to refine them. [Because] when you rehearse in a warehouse you can only imagine a part of what it’s gonna be when you play in front of an audience. And of course you pick up things live, so for the first part of the tour we were constantly changing and reworking things, and after 10 months of touring we felt we had a good formula, and knew how to play the tracks well. So we started recording the shows and the rehearsals, maybe 20 of them, and then took them to the studio. Then we listened to everything and took the best parts of every recording and then we HQ’d and mixed it all together in Paris to make Woman Worldwide.

It’s a perfect version of Justice live you know? All the best parts and everything played well, as good as possible.

Was it fun or annoying to bring back the old tracks again?

For example Genesis is made of so many microscamples, so there’s not much we can do about remaking it live. And some of the tracks are very fun to do, even if we’ve heard them a million times, like D.A.N.C.E, we get to just keep the vocals and re-do everything behind it. It’s easy and fun to manipulate, and it’s fun to hear the vocals on new tracks too.

What goes into the strong visual aeshetic of Justice?

Yeah it’s something we love to do, whether it’s the live shows or the videos or the album covers – anything related to Justice that’s not music we love to do it. It’s a very collaborative thing – the music is just Gaspard and me, and the visuals are Gaspard and me and other people. And we always love working with new people and just how collaborating expands our ideas, it’s always very rich and very fun.

I think the main thing that excites us the most is to try new things, and to have the complete freedom of really doing whatever we want in terms of music and visuals. Sometimes we try things and it’s better, sometimes it’s not. But our excitement comes every time after a tour we can start with a blank page to make new music. Then we can start on a blank page, it’s a cycle we get to start again every four years where we can do everything as if it was the first time we were making music and it’s exciting.

When you follow trends you are always late. If something is trendy that means it’s already two years too late. I think it can be a bit discouraging to try to make things the same way people are already making it, and making it at a high level. I think it’s more natural to try your own thing. We don’t have a scheduled plan – what we start one year might be out two or three years later, we really have to focus on what we want to do, rather than making something people might like. And at the end of the day we still don’t know what people like, and we have no idea so there’s no point.

We just make what we like, and hope that people like it. And you always take a risk. You try things and expose yourself to other people and find out if its relevant or not. It’s exciting and scary, but fun at the same time.

Do you get into the social media side of things?

We don’t try you know? We understand the importance of it, but at the same time we don’t do things that don’t feel natural to us. For example we never had a Twitter, and for the rest, our presence is very scarce. It doesn’t show anything that is private to a certain extent. We just put things that we would like to see. For example I wouldn’t want to see me with my kids or Gaspar having a very expensive lunch or things like that. I don’t want to see that with other people, so we just don’t do it ourselves.

Have you ever thought about expanding the lineup for live shows?

No because we love that Justice is a two-person band, and it’s electronic. We use a lot of instruments in the studio, but at the end and especially on stage we love the precision of electronics so much, and the possibilities, that we don’t want to trade that for a band you know? There’s so many reasons that we don’t feel it would be cool to see us on stage playing guitar or whatever. It would feel wrong. It might be easier for us in some places, but at the same time we want to keep it electronic and just the two of us.

What's the plan for the rest of the year?

Working on several things at the moment. We don’t know if it will turn out good or not, we always like to try things, but we only release the things we think are good. So we’re constantly trying things, but most of the time we keep them because we feel they’re not good enough for an audience. So if they turn out to be good they’ll be released, if not they won’t be. 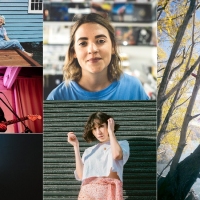 Woodes interviews some of the support acts for her upcoming national tourKicking off this week, get down early for Greta Stanley, SAYAH, Priscilla, RO, Wolfjay and more. 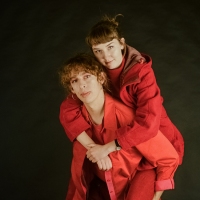 Premiere: Lose yourself in the swirling dream-pop sounds of Egoism's new single, SorryIt's the lead single from their forthcoming sophomore EP.