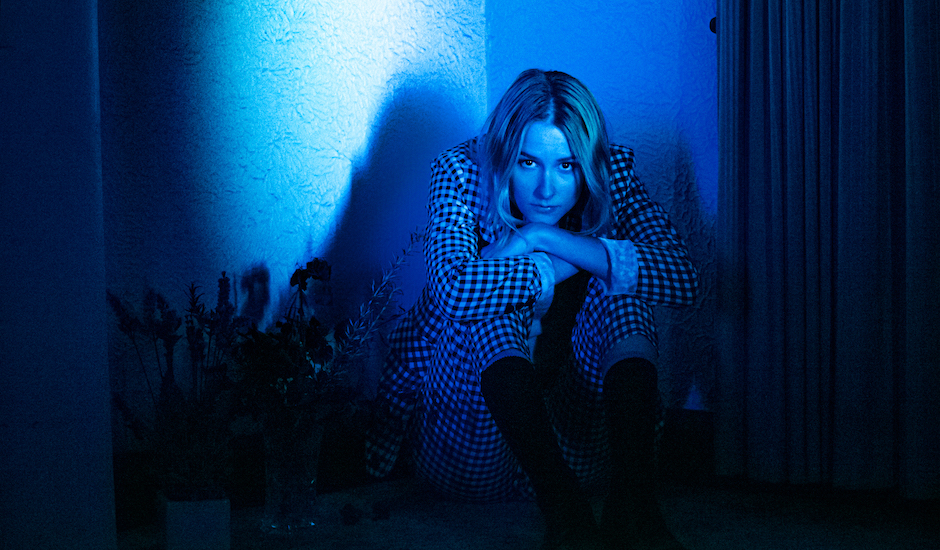 FLOSSY is a band whose name you might've heard a few times over the last year, especially if you're familiar with the going-ons of Perth's live music scene and its bustling, stronger-than-ever next generation. The electrifying duo - made up of Lauren and Sinead O'Hara - have become a source for guitar-backed commentary on mental illness and self-care throughout this time, with singles such as last year's Being Alone mixing an indie-pop-meets-alt-rock fusion with lyricism that constantly packs a punch.

Today, however, we're focusing on one member of the duo - Lauren O'Hara - who has officially launched her solo project Lo with its debut single, Floating. Premiering today ahead of its official release tomorrow, Floating is a subtle take on moody indie-pop that showcases Lauren's strengths as a songwriter even when stripped back to its most personal and potent; a sense of reflection and introspection shimmering amongst gentle, dreamy indie-pop that punches with the emotional intensity of acts ranging from Hatchie and Soccer Mommy to Fiona Apple and, to a degree, even Robyn - if she started making indie-pop, that is.

"Floating is about disconnection and the inability to make decisions," she says on the track, which arrives with an official video worked on alongside Gordonco Visuals and Caitlin Norris; co-directed, co-edited and starring Lo herself. "I wrote this song when I felt uncertain in many areas of my life and feeling as though nothing is concrete, nothing is forever, and everything is overwhelming because of that." You can hear this uncertainty on Floating, in a way. The single's self-explained "sad-girl energy" is rich with an emotional passion that swells through its every melody and lyric, channelling some of the names listed above - Fiona Apple, Soccer Mommy - as influences in Lo's packing waves of sombre, but remarkable indie-pop.

It's a remarkably special moment that feels like the introduction of someone incredibly exciting to the next generation of Perth's indie world. FLOSSY are already there - and we're only going to see them continue to rise after the brilliance of their action-packed 2019 - but with Floating, it feels like Lo is deserving to be there on her own right after just one song, an incredible feat that makes us feel like there's plenty more brilliance to come.

Dive into the track below via its official video clip, and better introduce yourself to Lo as a solo project underneath - you're going to want to keep an eye on this project as it grows in the year ahead, including a debut EP expected later this year:

This is a project I’ve been working towards since I picked up the guitar at 13 and discovered how liberating songwriting is. I’ve always bounced around with genres, finding a way to create songs that sonically represent my inner thoughts and feelings. I had many people pushing me to record an EP, and I’m so grateful they did, as it forced me to finalise what this project actually is. It feels so personal and intimate.

What’s the vibe music-wise, and how does it change from your work with FLOSSY?

Lo is sad-girl music with indie sensibilities and dreamy guitars. I’m heavily influenced by other sad girls like Fiona Apple and Angel Olsen, who expose themselves with their raw and candid lyrics.

Usually, I’ll start with the lyrics. Often I find journal entries and re-structure them into verses and choruses, finding melodies before I even pick up the guitar. I booked in recording dates before I had finished writing the EP, which was super exciting as I was looking forward to doing a lot of the creating while in the studio. I learnt a lot from that experience and was very grateful to have Andrew Lawson (who recorded and co-produced) as well as Caitlin Norris, (who played drums on the EP) to share ideas and who were also invested in the creative process.

Can you tell us about your new single, Floating?

Floating is about disconnection and the inability to make decisions. I wrote this song when I felt uncertain in many areas of my life and feeling as though nothing is concrete, nothing is forever, and everything is overwhelming because of that.

Lyrically, this song came together so quickly and I’m always convinced when that happens it means you’re onto something good, and more importantly, something honest.

After the release of Floating, I’ll be preparing for the EP’s second single release. I’ve got my EP Launch booked for April, so basically just working towards that, as I’ll have a band behind me for that show for the first time! In my down time, I’m writing a lot and listening to all sorts of different music. That’s basically how I spend my free time; creating mood playlists and begging my friends for new music suggestions!

Floating is the first release of my debut EP, Plan For An Independent Future. It will be available on all online platforms February 12. If you want to keep updated on future releases, follow me on Instagram. 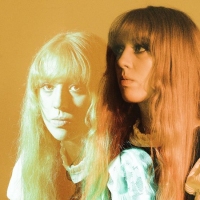 Premiere: Perth up-and-comers Joan & The Giants share the clip for BloodstreamThe west coast four-piece continue to strive, with their latest single arriving ahead of a single launch at Clancy's Fremantle on February 15th. 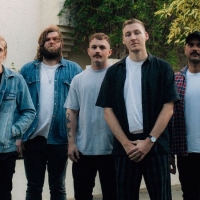 Premiere: Perth's Shangrila are at their best with new single, HappyAfter a sensational few years that has consistently seen the band go from strength to strength, they're kicking off 2020 in much the same way.
Bands