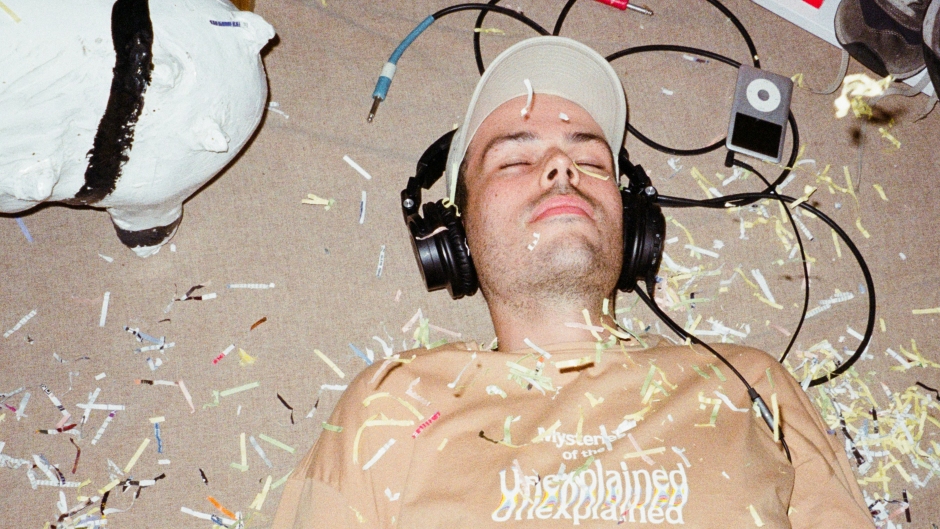 Two years on from his last album Colt and following a string of recent singles, Meanjin / Brisbane-based songwriter and producer Max Byrne AKA Golden Vessel returns with his third full-length, with everythingeverydayeverything (“eee”) dropping July 7 and premiering right here on Pilerats today.

Byrne expands on this, explaining “I started everythingeverydayeverything (eee) at the start of 2020, and at that time I had started to question a lot of things in my life. I was raised Christian and I regularly attended church, but during that time I’d started this long and difficult process of rethinking what I’d been taught and what I believed. It Took about a year for me to go through that process and at the same time I was working on this music, so it really bled into what I was writing about. Some songs are directly about this while others touch on otherways I was exploring life & spirituality at the time.‘so far’ is about becoming more still within life and trying meditation, ‘sun+tide’ is about replacing prayer with simple everyday tasks (like doing the laundry) and ‘spinning’ is about realising that maybe not everything has a reason and we’re a lot smaller in the span of the universe than we sometimes feel.

eee was written while I was road-tripping in America and was finding more examples of God within nature thanthe bible/church and ‘trash (in each & every way)’ is about the really restless feeling of being half in & halfout of faith.Rethinking all this stuff is a really complex process and is quite an emotional time. Rewiring your motivations in life and leaving a community you grew up in is disorientating, and so I hope with this album anyone else going through something similar will know that they’re not alone. It’s been really nice to step out into life more and to have this album as a memento for that time."

Take a first listen to eee before it drops on July 7 and read along below for the story behind each song!

funny felt like the perfect start to the album, it leads-on from my previous album “colt” (a very roadtrip americana album). My best friends and I spent a month touring and driving around America in 2019, and then being locked up at home it felt like maybe things would never get better than that.

I’m always listening to a lot of Adrienne Lenker / Big Thief and can definitely hear her influence on this track. This song is about making choices and relying on having a “next try” if you mess up. It was a very guitar heavy track and then I sent to my friend Instupendo to revamp the 2nd verse, and I love what he added so much, I let his additions play out in the outro.

This is maybe the quickest I’ve written a song for Golden Vessel. My friend Rutger (The Nicholas) sent me the bones of the instrumental, and I wrote the whole thing under an hour. It’s about friends of mine in Brisbane and things that were happening to us, and then the chorus zooms out and thinks of our place in the universe and how small it is.

Grace (Mallrat) and I started this one in December 2020. It felt like only a verse and a bridge, and so I started combining it with every other half idea I had on my laptop to try make a full song. Those vocals from Emerson Leif are from mid 2019 and when I placed the two parts together it felt like such a moment of clarity for the whole album.

I wrote this song when I was in Arizona just before covid hit, sitting in the back of my car. I’d just set out on a 3 month road trip (that got cut short). I was rethinking my beliefs & spirituality and I was blown away by the landscape and magnitude of the desert, far more than the podcasts and books I was reading. The chorus “everything everyday everything” was sung by my friend Kalem (Rei So La), he came over and I handed him the mic and that was the first thing he sang. It felt like a really fitting title for the whole album.

I wanted this interlude to combine something really pleasant and acoustic with something harsh and digital. Sort of how I was feeling while making this album haha

As I was leaving church / faith I had a lot more free time on my hands and was finding ways to fill that void. Everyday tasks around the house became really grounding, especially through covid, and this song is about doing the laundry. Grace and I wrote the bridge the same day we wrote “pockets full of the rocks”, and when I dropped it into this song it came together so nicely.

I wrote this with my best friend Connor (Akurei) who runs Sumoclic with me. We’re always digesting so many podcasts / books about science, psychology and spirituality and then discussing, and we wrote this one after we’d both been doing a big read on existentialism. We both left the church and in existentialism there’s an idea that god’s not watching over you, but rather you get the choice to do good purely for the sake of it. On every album I’ve had Lonelyspeck contribute to a track and they added this beautiful synth lead & backing vocals.

I wanted this song to feel like a dreamy departure from the album. I cut together some guitar from Rutger and  a Japanese children’s choir. I was listening to a lot of The Avalanches when I made this, and love how they effortlessly cram so many little moments into their songs. I cut some vocals from E^ST & Rei So La towards the end of the track as everything slowly fades out.

I started this song out on my friend’s farm by cutting up a guitar sample from Rei So La and adding some synth on top. Felicity (Felivand) and I have been writing a lot over the last 2 years and I thought her voice would fit perfectly over what I had made. The song is about slowing down and being grounded.

trash (in each & every way)

Nick Ward made me make this the album closer and I’m glad he did. Originally it was going to end with “so far”, but then we wrote this one last year and it captured the whole feeling of the album so well. The day before, I’d made an idea with George Nicholas (from Seekae) and without telling Nick I asked if we could write in the same key/tempo, and then halfway through the session I told him about the idea with George and we stitched the two together. 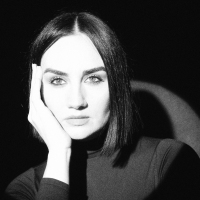 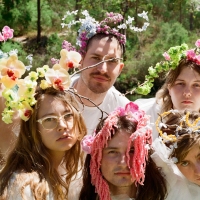