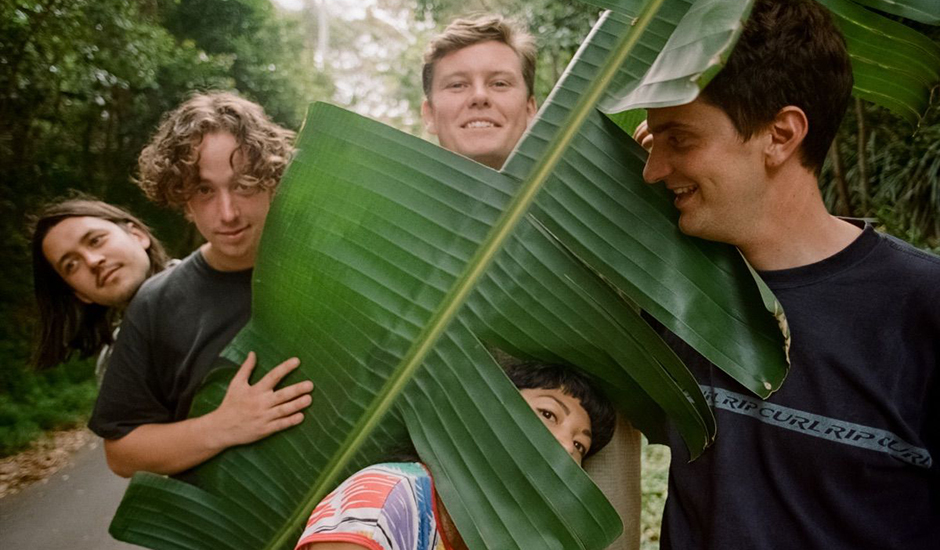 If you're a regular amongst Sydney's live music space, then there's a strong chance you recognise Bored Shorts already. Since emerging in 2017, the five-piece indie-rock outfit have blossomed into one of the city's most beloved live newcomers, sharing the stage with genre-leaders including Rolling Blackouts Coastal Fever, Alex Lahey and The Goon Sax. It's not too hard to understand why they've become such an exciting new addition to New South Wales stages either. After releasing their debut single Day & Age back in 2017, the group have consistently delivered breezy slices of indie-pop and alt-rock, taking the sound so synonymous with Australian stages and pushing it towards new directions, merging the casualness of indie-pop with further shadings of punk, rock and beyond.

It's something they showcased on their debut EP Looking Up, which officially introduced them as a force to watch back in 2018. Since then, however, they've largely kept quiet on the recording front, instead taking some time to put their heads down and work on what's become their debut album Way Off!, announced today for release on September 3rd. It's an album that's a long time coming for the group; a chance to solidify their sound and talents to the audience that already knows them, and introduce themselves to everyone yet to be acquainted - the group primed to find their moment in 2021.

As The World Looks Down is the single that re-introduces the band, accompanying the album announcement with a presence that really hammers home what they do best - something we have no doubts will shine across the rest of Way Off! too. It's infectious and bright, emphasising the ease-bringing casualness of Australian indie-rock albeit in a way that doesn't see the group just bang out a song that sounds like everything else; As The World Looks Down encapsulating Bored Shorts' craft in creating indie-rock that stands tall from the pack.

"This is our attempt to see the world through the eyes of someone whose actions, lifestyle and values we don’t agree with," the band say on the single. "In this instance, it was a real piece-o-work ex-boss, but more broadly, it’s me asking the question: is it better to consciously do something wrong for your own gain, or to be so naive to the world around you that you don’t even realise what you’re doing is wrong. It’s real 'big picture' stuff."

"We wanted this to be a track that everyone can get involved with, because we can probably all relate," the band continue. "So, at one gig, we put iPhones around the venue to capture everyone singing the group chant and promised to put those recordings on the album. I don’t think those voice memos ever did make it on the album, but I’m sure they’ll see the light of day eventually."

As mentioned, As The World Looks Down emerges as the first single from Bored Shorts' debut album Way Off!, scheduled for release on September 3rd. On top of that, the single also comes with news of their signing to Spunk Records, the cult Australian rock label that bring Bored Shorts on board for their debut album.

There's obviously a lot going for the group, but with plenty more to come, take a dive into their new single below, and introduce yourself to Bored Shorts as they move towards a breakthrough year ahead:

Dom and I met 10 years ago on a jetty in Margaret River and have been mates ever since. In the early years, our friendship was centred around games of backyard sting-pong, Tom Hanks’ Castaway and making Garageband tracks with no intention of the world ever hearing them.  Fast forward to 2018 - we’re living in Sydney, we still love Hanks, but only this time we’ve convinced our supremely talented muso mates – Charles, Nick and Ashley – to help take our songs out of Garageband and onto the stages of tiny Newtown pubs and more recently, the 50th Birthday of a local surfer called “Ean” (pronounced Ian).

Fast even more forward and it’s right now and we’re releasing a bloody whole album full of the things. Imagine that!

When we first started, our goal was to sound like Daft Punk, but those dreams were dashed when none of our robot helmets fit. So we settled on the classic 80s Australiana garage rock that permeates Sydney indie rock. Like a poor man’s The Triffids, or something.

Thankfully, that sound seemed to work better for the themes of our music – which broadly covers subjects like being in love as 20-something-year-olds, The Unabomber, Japanese pilots, the importance of proper protective eyewear on West Australian beaches and making really, really, really massive mistakes.

Dom and I are the main songwriters in Bored Shorts, and we often start writing tracks separately. It’s often like a competition - who can go away and write a better song - and Dom almost always wins.

He’ll bring a fully produced and fleshed out demo from Logic (upgrade from Garageband!) to the table, and I’ll just bring some out-of-breath voice memo from my iPhone, recorded on a bus or something. We’ll then take it to the rehearsal room with our awesome bandmates and they’ll add new parts that never fail to blow our minds. Completely off.

We recorded our album in a makeshift studio we built inside our friend’s house on Sydney’s south coast. It was made over 5 very long days with our friend Bowen Shakallis. It was recorded mostly live, then we added some shiny bits later. Like Nick’s face-melting guitar solos or the rain-stick that you can hear in our first single, if you listen really carefully.

Can you tell us about your latest single As The World Looks Down?

As the World Looks Down is my attempt to see the world through the eyes of someone whose actions, lifestyle and values I don’t agree with. In this instance, it was a real piece-o-work ex-boss (we’ve all been there, am I right?). But more broadly, it’s me asking the question: is it better to consciously do something wrong for your own gain, or to be so naive to the world around you that you don’t even realise what you’re doing is wrong. It’s real “big picture” stuff.

We wanted this to be a track that everyone can get involved with, because we can probably all relate. We usually finish every show with this song; it is so much fun getting the audience to sing along at the end. At one gig we even put iPhones around the venue to capture everyone singing the group chant and promised to put those recordings on the album. We saw Arcade Fire do the same thing once at a massive music festival, so we knew it had to be cool. I don’t think those voice memos ever did make it on the album, but I’m sure they’ll see the light of day eventually. Maybe in the club remix.

There will be another single out after this one, then it’s album time. 10 tracks of red-hot hits. The album is called Way Off! and we’re excited for everyone to hear it.

We’ll be touring too. There are some dates in WA locked in, and some east coast shows in the works. As long as people stop spitting in each other’s mouths we should be able to get back over.

“They should have stuck with the Daft Punk thing…”

Just kidding. Because all five members of the band sing, we often joke that our songs end up sounding like musical theatre. So ideally, we’d love to take people on an all-singing, all-dancing adventure with our music. Hamilton style. To have people one day singing our music around a piano in a ye-oldy pub. That’s the ultimate goal. 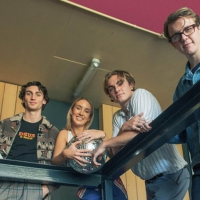 Meet Residents' Club, a Perth band bringing nostalgic rock into 2021 with We Happy FewThe indie/alt-rockers debuted last year, and they've been consistently going from strength to strength ever since - their new single included. 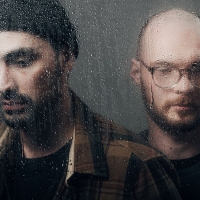