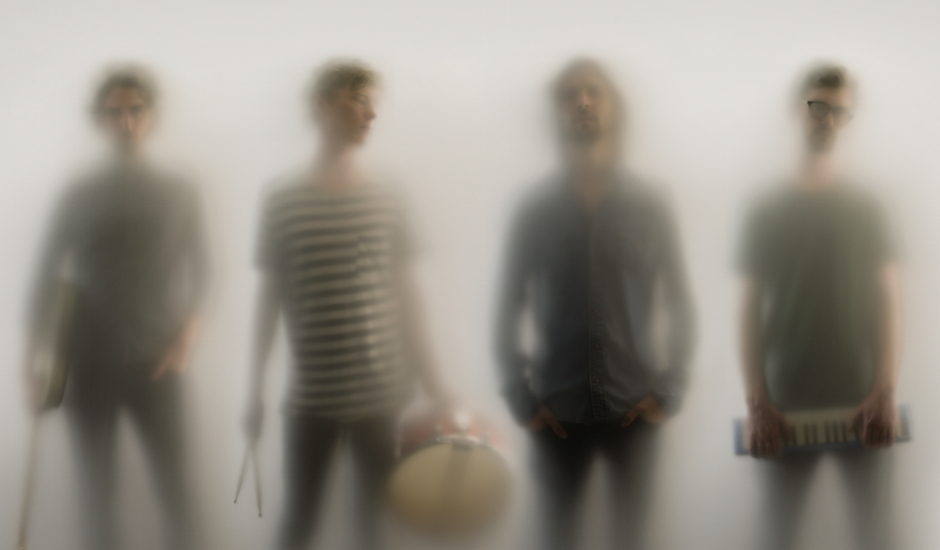 Sydney four-piece Why We Run have today just releases their debut album, Holograms, two-and-a-half years of work and a sparkling 10 tracks of alt/indie-rock sounds.Produced and mixed by Wayne Connolly (Paul Dempsey, Paper Kites, Cloud Control), the album showcases the band’s chemistry and deals in subject matter ranging from a family member’s struggle with mental illness, to time spent at a stifling boarding school, to romantic nostalgia and more. You can stream it below, and underneath go deeper into each track as the group has offered us a fantastic play by play for the release. You can also catch them launching it live at Plan B in Sydney, event details HERE.

1. A Moment To Return

Wayne Connolly is a very sneaky man. The entire time we were making the record, he thought it was missing one more up-tempo song. Except he didn’t tell us this until the last day of tracking. He pushed us to jam around a beat that our drummer Ed had been warming up on the day before. 90 minutes later we had written and recorded the whole skeleton of this song.

This one’s a journey, and one of our faves. It was built around an unusual marimba keyboard part that Lloyd (bass/keys) came up with. It kinda reminds us of a children’s song - except dark. There’s a lush, strummy 12 string guitar part that comes in at the end which reminded us of Bowie.

3. All You Ever Wanted

We challenged ourselves to write something based around a single bass note, in 6/8. This song used to have a totally different chorus, but it was a bit too bombastic/U2-esque and didn’t really suit the song. The repetition of the chorus hook was vaguely inspired by the way the chorus in The Killers Smile Like You Mean It is structured. The tremolo-piano throughout the song was Wayne’s idea - funnily enough another Bowie nod - inspired by his version of Sorrow.

Another band favourite. We especially love the big guitar build towards the end - it’s really enjoyable to play live. The piano chords throughout the song really lifted the mix up, while the sombre lyricism complements the waltz feel. It’s Nic Cogels’ favourite.

5. Where I’ll Be Waiting

Probably the poppiest song on the record. It works well in the middle as a kind of palette-cleanser to break up some of the moodier tracks. Wayne really digs this one. He said the guitars reminded him of Surfer Blood. For some reason this was the hardest song on the album to mix. We printed about six mixes before we were happy.

Constructed around a dreamy keyboard part that Lloyd came up with. The lyrics partially tell the story of what our singer Nic was feeling when he relocated permanently from his native Belgium to Australia a few years ago. Our friend Wally De Backer heard the demo and suggested we play part of the climax in 7/8, which worked a treat.

This song was a lot slower/moodier/more post-rock initially, but Wayne suggested we speed it up and marry it with a motorik beat. This made it much more immediate. Lyrically inspired by Nic’s time at boarding school, which he really hated.

Quite different from the rest of record. It’s our guitarist Nick Langley’s favourite. Really moody; somewhat industrial... kind of like Nick, come to think of it. A friend said it reminded him of the theme song to The Terminator, which we’re totally okay with.

This is the oldest song on the record. Maybe it stuck around because it fills a space that none of our other tracks occupy. It’s essentially a ballad, but a ballad with a loping, smoky-kinda groove and big crazy outro.

This always felt like the natural choice to close the record and we tend to close our sets with it too. The long build at the end was partly inspired by Death Cab for Cutie’s song Transatlanticism. We were playing around with a Casiotone a heap during the sessions, and ended up using a cool little pad part that sits underneath the mix in the outro. 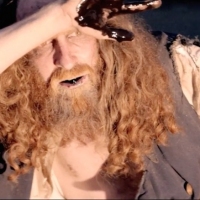 The Veils' release an awesome new video for their single, Axolotl“I am not apt to follow blindly the lead of other men”. 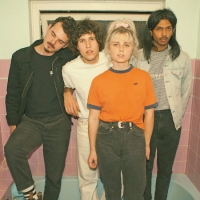