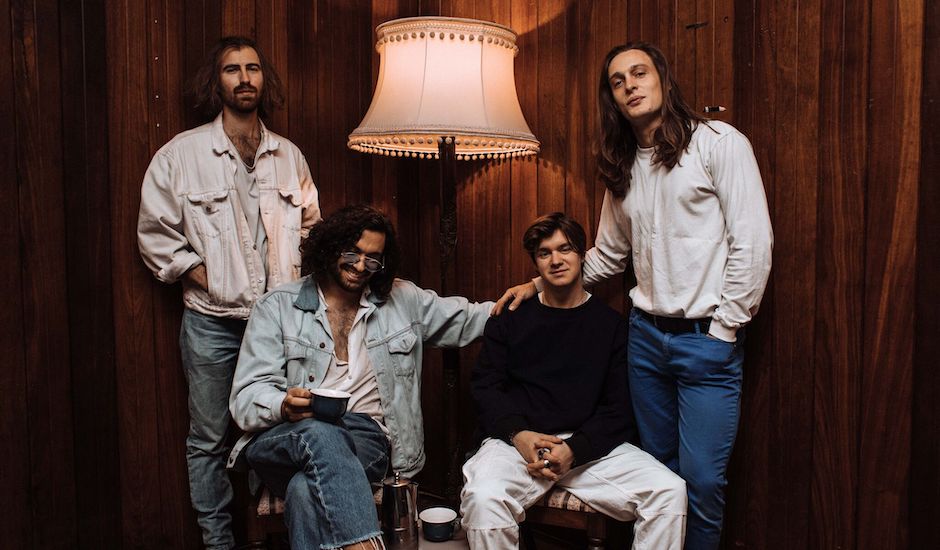 Over the last twelve months, it seems that there's been an increasing resurgence of WA music on the greater national scale, with more Perth musicians than ever finding their footings on the east-coast or, in the case of some, on the greater international market. We're thinking along the lines of Spacey Jane and Butter, who each welcomed fantastic, queue-around-the-venue BIGSOUND showcases; rappers like Shadow and Arno Faraji riding that rap wave; Carla Geneve following the footsteps of Stella Donnelly to become our next internationally-roaming indie-pop force.

Death By Denim are a group quickly finding their place within this elite collection of east-coast favourites. Since their debut EP Suburban Royalty arrived back in 2017, their rock-y blend of indie, funk and pop have taken them to a whole new level; a string of singles since - four in 2018, and three (so far) in 2019 - showcasing their consistency as a rock group on the brim of something brilliant. Just look at August's Wiggy, for example, and how its arrival has been marked by triple j/Spotify love and sold-out shows in their home city - not bad stuff.

Their incoming EP Year Long Minute - out November 22nd - is an EP bound to deepen this east-coast domination further. After Wiggy's arrival a few months back, the EP's second tease Drone prove that the EP is bound to be something brilliant, shifting things up slightly into a psych-rock-leaning exploration of relationship complexities, showcasing their versatility as a band and how their sound is able to morph and adapt to changing pockets within the indie-rock realm from which they've grown.

"The constant polarity of driving guitars, sun-soaked synthesizers and laid-back beats set the undertone of a mind with conflicting sentiments over a broken relationship and foggy future," says guitarist Pallé Mazzulla on the single, which also arrives with an official video clip. The accompanying video clip is full of warping effects and left-of-centre experimentalism, full of fireworks and enough visual effects to keep you satisfied until the year's end. The video hones in on the familiar feeling that someone is watching and judging your every move, even if it is just yourself," continues Pallé.

As mentioned, Death By Denim's second EP Year Long Minute will arrive on November 22nd alongside a collection of tour dates you can find below (grab tickets here), but for now, dive into the warping clip for Drone below, and try not to lose yourself in its hazy melodies: 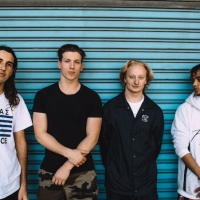 Premiere: Down For Tomorrow follow up their latest EP with Show Me That You CareTheir second EP came out back in June, but if you're still yet to meet the rising rock stars, this new single is the perfect entry point. 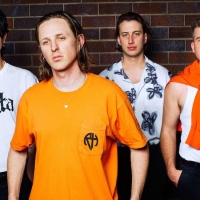 Album Walkthrough: These New South Whales break down I Just Do What God Tells Me To DoOn their new album, the Sydney master-of-all-trades open a new chapter - one that's taking them further than ever.
Bands