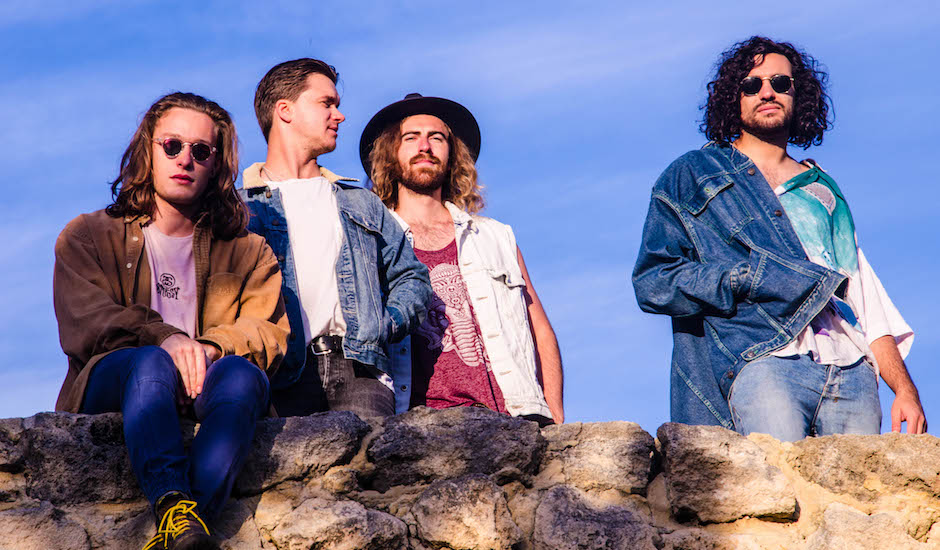 Death By Denim, as you'll discover in a short'n'sweet Q&A with them below, are four dapper young gents with a knack for crafting some excellent indie-pop sounds. We were particularly enamoured with this description: "Imagine the musical result of Arctic Monkeys, The Chilis and a few remaining 80s rock icons getting bogged and stranded on a desert beach in a worn-down station wagon for a couple of weeks." And you can definitely feel those forces on new single Tattoo, and very fun, upbeat new single that plonks right down in the middle of summer like a refreshing glass of Aperol Spritz - that's how sharp it is.

Check out the single below, and get to know the band a little better before you see 'em at one of a few upcoming launch shows in WA this weekend and next.

What was originally a coupling of musical thoughts belonging to two gents named Palle and Nik, quickly became a collection of noisy, upbeat, yet laid back series of melodic jams when they were joined by the rhythm section stylings of Hamish and myself (George). I’m a firm believer that you will never connect with your audience if you don’t first connect with your musical family. It’s been almost two years since our formation, but we are constantly strengthening the bond that seems to exist between us, which means we are constantly evolving our sound as we delve deeper into each other’s deep musical secrets.

What kind of tunes we talkin'?

It’s an unwarranted blend of R’n’B, rock and funk that forms a musical entity I like to refer to as West Coast Rock. It sounds like salty, dream-like synths on top of drums that sound like they’re smashing out a bottom turn on the wave of the day. Sunburnt as fuck guitar riffs that make way for buttery, poignant vocal anecdotes. Imagine the musical result of Arctic Monkeys, The Chilis and a few remaining 80s rock icons getting bogged and stranded on a desert beach in a worn-down station wagon for a couple of weeks.

In our earlier days with tracks such as Take Me Far Away Sometime, the writing process very much began and ended with Nik and Palle, with Hamish and I applying colour to finish the portrait. Nowadays the songs are born to four very happy dads and are nurtured to full growth. Our shared musical inspirations, both local and universal and of which are constantly growing, guide our songwriting.

Tell us about Tattoo:

You see someone that you fancy a little, someone that interests you and draws weird cosmic energies to the space separating your planes of being, and over time you become somewhat closer. Then you notice something small, like a tattoo; a permanent impression that changes your view of them, changes everything you felt. It’s a song about about the permanency of negative things that eventually flood your mind and change everything you knew about a person. Sonically, it is the most adventurous we have been, incorporating new synth sounds and cleaner guitar tones which Palle layered on top of each other to create a dreamy soundscapes.

We are touring Tattoo down south at Settler’s Tavern in Margaret River as well as The Prince of Wales in Bunbury this weekend with the captivating soulstress herself Ruby May. We’re then wrapping up the week at Mojos with your friendly neighbourhood Noah Dillon. We finish our tour next week at Jack Rabbit Slim’s on the 19th, with the truly incredible Carla Geneve.

What's happening for the rest of the year?

The four of us have found ourselves in a very unique position where we are all prepared to give this everything we’ve got, and invest ourselves fully into Death by Denim. The Perth music scene is such a bustling and exciting circle to be a part of. Things are changing in a big way around us in terms of popularity, equality, and awareness, and this is driving us to write as much music as we can in order to get deeper into this amazing and liberating world of music. Oh, and we’re in the studio again in late February. 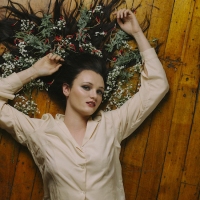 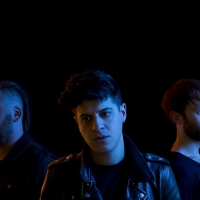 Exclusive: Watch Fiction Writer rip through their entire new EP One To Four livePlus frontman Gideon Benson gives us a little track by track for the release.
Bands