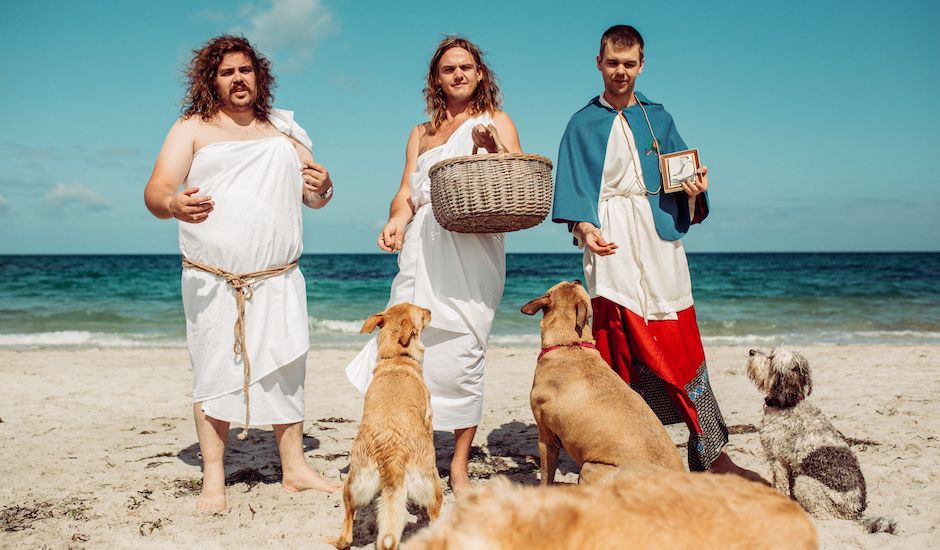 There's no-one that quite sums up the brilliance of Perth's music community like Peter Bibby. He teeters on the edge of cult-like and widely known, someone you'll either have never heard of or would take a bullet for. He's someone constantly nestled within the largely Fremantle-centred music community that's helped elevate him, and in turn, a community that he gives back to and elevates himself. Musically, he's someone not strictly doing something 'brand new' - in fact, his Australiana-esque sound is one of the most distinctive in this country - but he's someone adding a twist to it, and doing a bloody good job of doing so.

Over the last decade, Peter Bibby has emerged a heavyweight of the West Australian music space that's representative of its charm, with everything he's put out - from his debut album back in 2014, through to 2018's career-cementing Grand Champion, and then again with the songs that have littered the last few months - celebrated for its musicianship, and its ability to make even the most intimate and personal themes be contrasted with this happy-go-lucky and cheerful attitude that's always fun and lively, no matter what.

Now, as he's leaping towards the release of his forthcoming third album Marge (which arrives tomorrow, September 18th via Spinning Top Records / Caroline Australia), this is continuing. From the wide-spanning and long-winding July release Whyalla through to the album's first taste with Oceans earlier this year, Peter Bibby's genre-moving indie-rock-folk-pop-esque sound is reaching a new peak, tackling a trilogy of feelings - "My poor mental state, my battered heart and my frustration," he says - through a sound that's rich with his signature charm, even as it reaches its most hurt and sombre lyrically.

Calcium, premiering on Pilerats today as the next taste of Marge, isn't one of those painful moments, however. It's a slow-moving and subtle embrace of Peter Bibby's Australiana rock sound that acts as the "until next time" kiss at the album's end, wrapping everything together and finishing it with a bright-eyed outlook perfectly suited for those warmer, familiar summer days. Across four minutes, Calcium moves at a gentle pace that really squeezes every ounce out of Bibby's vocals, placing them in the centre frame as they move amongst a wash of rich guitar textures and at points, dancing keys.

"I wrote this song on the back porch of a mate’s place in Mt Lawley," he says on the album closer. "I remember having read a lot of mumbo jumbo about the dairy industry at the time. The lyrics felt silly but the tune felt so nice to sing. Engineer Mitch pulled a real shifty on me and put my guitar solo in reverse, resulting in me being a happy boy."

It also premieres alongside an official video clip directed by Peter Bibby and Billy Bowen, which features the familiar insides of Fremantle institution Mojos Bar - somewhere that's been crucial to the rise of Peter Bibby, and thus somewhere he's often found supporting other growing bands playing the venue. "The video walks you through a typical night for me at Mojos Bar, saying no to all drugs and alcohol, sipping my favourite drink (milk), losing games of pool, slapping ciggies out peoples hands and just hunting for some vitamins," he says.

It's a fun, brilliant time and the perfect thing to tie you over until the release of Marge tomorrow, which - as an FYI - you can pre-order here. 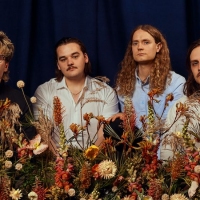 Album Walkthrough: Vacations premiere and dissect their new album, Forever In BloomPremiering a day ahead of its official release on September 18th, the Newcastle group hit a new peak with their second album. 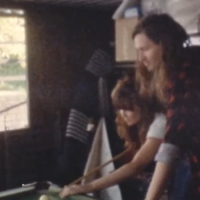 Premiere: The Little Lord Street Band share the video for Minute of Another DayComing off the back of their latest album released last week, the Perth country-pop favourites will be launching it at The Rosemount this weekend.
Bands