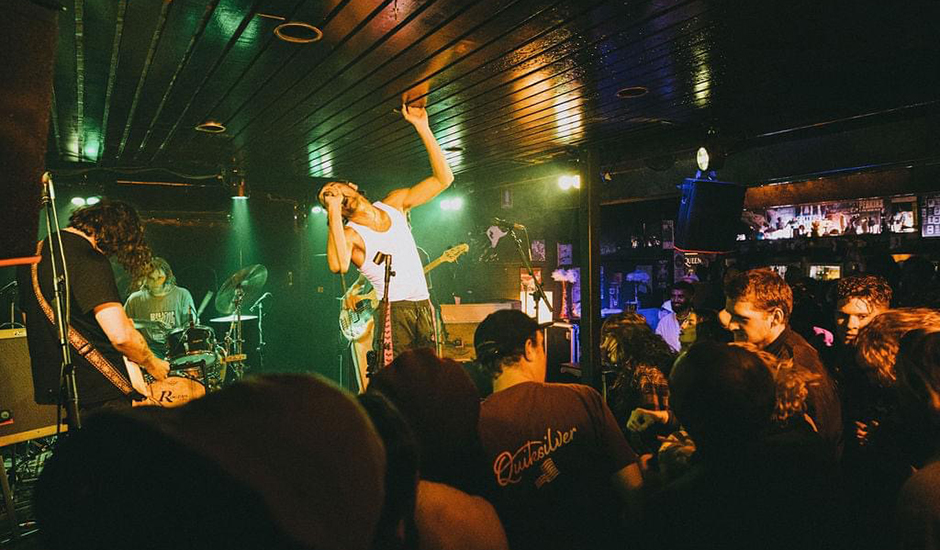 We've discussed more genre-combining musicians in the last year than we ever have before, and yet, there are still newcomers presenting new combinations that it feels like we've never heard before - combinations that can prove to be incredibly difficult to pin down and attempt to describe. Enter into the picture Lazer Gator, a Perth-based four-piece that made their debut earlier in the year with I Want More, an energetic three-minute blast of multi-genre brilliance that captures the band's wide-ranging versatility in the taste of just a debut single alone.

It was a twisted single that captured the two apparent sides to the group and the uniting of them both; one half being a little more guitar-heavy and inspired by acts such as Gorillaz and Queens of the Stone Age, while the other half comes from the band's long-time adoration hip-hop's raw energy, and the new-age pioneers like Tyler The Creator that are bringing the genre new twists. I Want More flirted between these two sides, sitting more in the alt-rock-inspired category production-wise, while moving more into the hip-hop realm vocally, giving a striking introduction in the process of doing so.

Since I Want More's arrival back in August, the group have continued to soar and delve further into everything that makes Lazer Gator such a fascinating new addition to Perth's music space, whether it be through backyard gigs or main-stage shows alike. Now, we're incredibly excited to show how the band have grown in the recorded form, as we premiere their second single Victorious today ahead of its official release this Friday, November 26th.

Victorious is a single that doubles down on the genre-moulding sound that Lazer Gator have been quick to make their own, capturing the anthemic energy that's core to their sound and how they're capable of bringing that to life, all while showing a bit of a different texture after their debut single a few months back. Victorious - as the band explains - is a little more on the empowering side, digging into themes of mental health and resilience as they channel the glory that comes from overcoming one's battles, and emerging on the other side victorious.

"Victorious is how I want my people to feel," says the band on the single. "The people I can call my people are the ones I understand are the oppressed and/or going through a mental illness/es."

It's empowering and addictive and a whole lot of fun, and you can take a dive into the single below as it premieres on Pilerats today. Also, underneath, introduce yourself to Lazer Gator ahead of their big year to come - we're sure there's plenty in the pipeline for their 2022 ahead.

We actually for once have a pretty good meeting story. Lewi and Josh were in a band called Bag Of Bones and we were playing at Cams brothers show (Jacob De Gaye). We notice how every other support was a rapper, and most of the crowd were rap fans! We met Cam after opened the supports for the night, his flow was amazing and the crowd loves his energy. So we said, “hey man, wanna come up and do a little freestyle mid-set with us?”. He was instantly keen and said “fuck yeah, let’s do it”.

Lewi and I were drawn to that amazing energy cam brings. We ended up having cam appear at most of our gigs and everytime he did, it went OFF! We had a lot of friends (and even randoms) tell us that this needs to be a band! So when we decided to record the song, we thought, “Fuck it! Let’s make this a band” and it was all GO from there! And Ben, well we just love Ben, so we asked him to join, as well as Hugo.

The themes we cover as a band usually revolve around mental health or just life in general. Our first track I Want More is generally about just wanting more in life or just wanting it all! Victorious is more about mental health and how you feel after conquering your darkest times.

We usually just jam out together while we sit the voice recorder down and see what we come up with. Most of the time it's shit!

Can you tell us a bit about your latest single, Victorious?

Victorious is how I want my people to feel! The people I can call my people are the ones I understand are the oppressed and/or going through a mental illness/es. These are two things that have affected us as a band and more so affected people we love. We feel that a lot, if not all people, can connect with this feeling of wanting better for their loved ones, communities and themselves.  The end of the first verse details about a time Cam was overwhelmed by his mental health and at the end of the second verse he says “you can light the sun on fire if you’re wanting”. This sentence means, “I can love myself and I can believe in myself and all it takes is me to light the fire”.

So the message is that every single person can do the impossible and overcome their deepest and darkest thoughts, because we think at the time that getting into this good headspace was impossible. We have absolute faith in everybody that they can overcome this. And it feel Victorious once you have. We wrote Victorious as a rejoice of overcoming mental illness and feeling “victorious” afterwards.

Victorious can also mean a destination of any kind, for some people it can mean “overcoming mental illness” or even “reaching the height of stardom”. This second meaning is a more superficial meaning but it is still relevant because we believe that “everyone wants to know what it’s like to feel victorious“. It can mean absolutely anything to anyone.

We have some ripper shows to finish out the year including a set at Indian Ocean Hotel for NYE! Which is gonna be a dooozy!

For 2022 we would absolutely love to go on tour. We are planning a regional tour for next year around WA and hopefully beyond going forward! We also have a lot of music in the bank and ready to record, which means there will be a lot of releases from us in 2022!

We pride ourselves in having energetic and positive live shows! Where people can just let themselves go, jump on stage if ya want, crowd surf if ya want, start a mosh of ya want. Anything goes (while being respectful of course).

We also like to do this thing where we get disposable cameras and throw them into the crowd and the photos we get back are just amazing! We encourage people to take photos of themselves or other people in the crowd! And it’s worked a treat! We are thinking of even doing competitions every gig of the best photos wins a T-shirt or something (when we make some haha).

In the end, we want people to take away a positive experience and if we’re lucky maybe burn a few calories in the mosh!

You can find us where ever you get your music! Spotify, Apple Music, iTunes, YouTube etc. 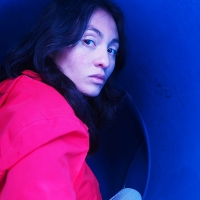 Meet Jess Jocelyn, who makes striking folk-pop about COVID and climate anxietyWith her debut EP Foetus and Fossil, the Perth-based musician creates captivating reflections about the world around her. 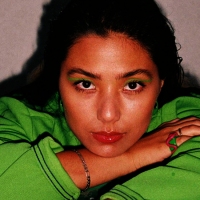