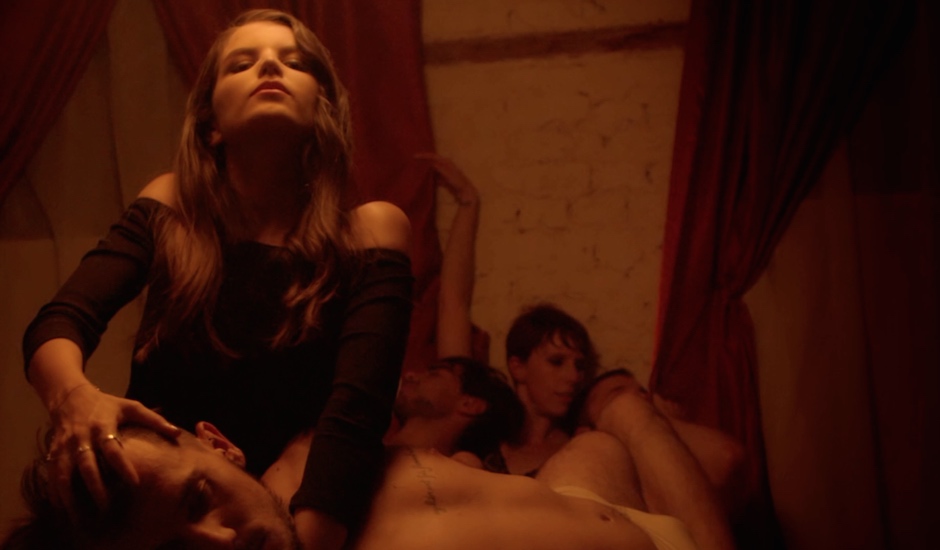 London-based singer/songwriter Frenchie AKA The Naked Eye, released her debut self-titled EP last year, a release featuring the single Burned. And now, with a new-found collective surrounding her, the record is being revisited for a video trilogy bridging her previous output with new music soon to come. Working alongside Canadian-born director Braden Wilson, the video for Burned, sees Frenchie making her co-directorial debut in a modern noir tale. To mark the premiere, we sent The Naked Eye a few questions to find out a little more about the artist, the video, and what's to come.

Hello! I’m a singer/songwriter based in London, writing, recording and performing under a collaborative project called The Naked Eye.

I write autobiographically about experiences, relationships or films, music, art and poetry that inspires me. This track Burned started life just on guitar and vocals and is one of the most raw, honest and exposing songs I’ve ever written. It’s about a love triangle that was very toxic and futile.

I was listening to a lot of Portishead and James Blake at the time and was inspired by how they both create such a minimal and haunting atmosphere through their production, which was fitting for the mood of this song. Melodically I was listening to a lot of Billie Holiday, Beth Gibbons and Amy Winehouse. I love how they tell meaningful and honest stories through their vocal performance and lyrics. I brought the demo of Burned to French producer Charlie P, who then produced the track and the rest of the EP. We worked on the track together and sampled lots of strange percussive and atmospheric effects from lighters, cans of coke fizzing and spray paint to stamping on the floor, white noise and screaming.

Can you tell us about your new video, Burned?

Part one of a trilogy of videos to accompany the debut EP, Burned is essentially about a femme fatale, a wife and a receptionist who plot revenge in the hotel above a sleazy kebab shop. It’s a dramatic, darkly humorous film noir fantasy where the subconscious takes revenge and the male character falls from his shadow self. The hotel, characters and kebab shop are a reflection of his demons, desires, perversions and repression. There are a lot of subliminal messages throughout the video that reference artwork for the first single, which was inspired by Gustav Klimt’s Judith & The Head of Holofernes.

I started developing the narrative for the video right back when I first started writing the song. I played the demo to Canadian director Braden Wilson and he told me he could imagine a man being seduced and fed to a dirty kebab shop underneath a hotel. His comment blew my mind and I loved it so much that I had to make the video! Braden and I grew up together in the south of France, where there is a huge film culture due to the Cannes Film Festival. We watched and loved films by David Lynch, Stanley Kubrick and Wong Kar-wai’s In The Mood For Love from a young age. Throughout the prep, filming and editing of Burned we were constantly referencing these childhood idols when choosing the lighting, casting, cinematography and overall mood. The whole way through recording the track I was developing the video, script and characters in my head. When I met Australian choreographer Zoee Marsh I originally thought the idea was silly and too big a dream, but she gave me the confidence to pursue my idea and go for it. And here we are!

You also co-directed the video - can you tell us a bit about that?

It was a challenge in many ways but an incredibly rewarding experience in the end. Lots of lessons learned, haha! I had such a strong vision so I don’t think there was any choice but to co-direct it, and I really enjoyed it. There’s nothing more rewarding then seeing your vision come to life, and I was very lucky to be working with such a talented, inspiring and supportive team. All the performers and behind the scenes crew were outstanding and contributed so much to the end result. It was very touching to have this trilogy of videos completely funded by amazingly generous Kickstarter donations. Without their support, this project would never have happened. 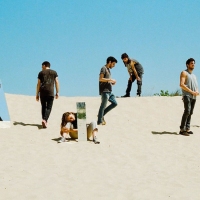 Premiere: Bones Garage's Great Rift Valley offers a snapshot of life in the Middle EastThe Tel Aviv-based five-piece are gearing up for the release of their second LP. 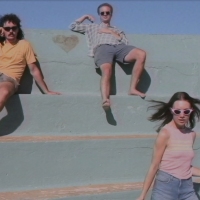