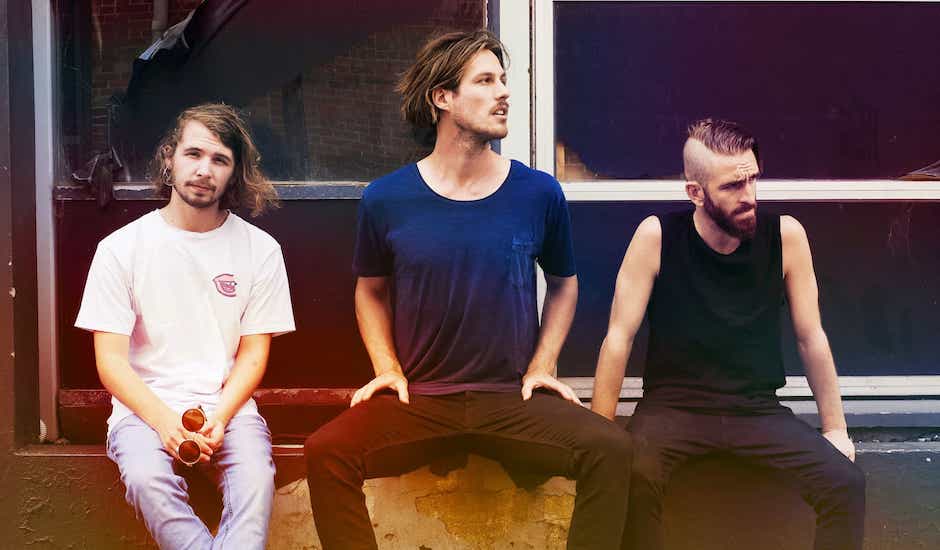 A few months back we met The Kite Machine, a Geelong-based alt-rock trio who at the time, were drawing comparisons to names including Harts with their nostalgia-touched vocal hooks and charging guitar melodies on their most recent single, Walls. At the time of release, it was the latest taste of their forthcoming self-titled debut album, due for release this Friday (March 15th), which the band promised will encompass their career thus far while also looking forward into the future. "This album represents The Kite Machine - past, present & future," they said at the release of Walls. "We feel we’ve ushered in a new flavour of groove with a hard-hitting journey of pure rock. It's been a long time coming, but we’re confident it will be worth the wait."

Today, we're stoked to unveil this next chapter as we host an exclusive stream of their self-titled debut before its official, worldwide release this Friday. In its simplest form, the record is a ten-track introduction to the band and everything it embraces, from the nostalgia-ridden, aforementioned single Walls to the grooves that occupy the other nine tracks, which range from subtle and tender to moments more triumphant and high-octane. Their 2016 break-out single Charlotte, which is included on the record, welcomes the band's most pop-centric songwriting, with these catchy hooks meeting swirling guitar melodies that at times, heat up into something a little more 'epic' or grand. Contrastingly, there are also songs like Paper Plains, which combat Charlotte's larger-than-life profile with something a little more melancholy and emotive. It really covers every facet of the band and their career thus far - something that really sits in line with what the band set out to do with their debut: linking their past and present while teasing a very exciting future ahead.

"It’s a pretty amazing experience to be able to share these songs with everybody," says bassist Liam Brennan on the album. "We’ve been working hard on the live circuit for a few years now perfecting these tunes on the road and I think we’ve done a good job of capturing the spirit of these tracks. There’s definitely the feel of the sweaty live shows buried in the soul of the songs, so hopefully, people are receptive to that and can pick up some of that raw energy we’re putting down." Listen to the album ahead of its release this Friday below, and catch them at a couple of east-coast shows across the next few months - dates and more information HERE. 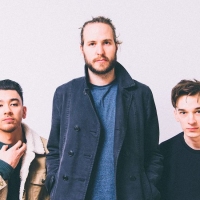 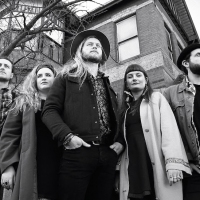 Get to know Winter Moon and their rocking new single, Who Are YouThe Melbourne band will be releasing their debut album, Make Real, Make Believe, later this year.
Bands