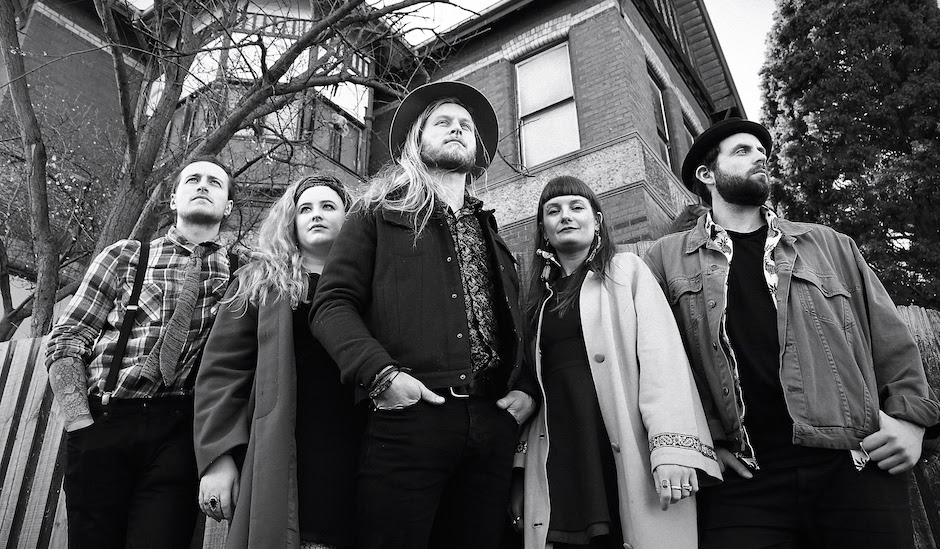 With a big year planned, there's no better time than now to meet Winter Moon. The Melbourne-based ensemble are favourites among their local alt-rock circuit, ushering in a genre-bending take on blitzing alt-rock that incorporates elements of blues and punk inside it, giving something unique and super exciting. Their latest single for example, last week's Who Are You, combines thick guitar rhythms and punchy percussion in a way that ebbs and flows across the single's duration, twisting and turning alongside the powerful vocals of frontwoman Milly Moon, who says that the single channels the strength and passion that comes with taking back power after abuse, solidifying the personal and emotive feeling that the single conveys.

"I wrote it about a few experiences and in the theme of abuse, excuse or undermining that women too often experience. And we either crumble or come out more powerful – this is a song for owning that power, taking it back and laughing at your tormentors," she says on the release. "It's a story that was heart-wrenching to write but long needing to be said about an experience too many women have and bury for shame or misreading their ‘fault’. It’s scary and exhilarating to be putting it out there."

They've got a debut album in the pipeline for this year and a whole lot of gigs and other plans, so listen to Who Are You below and better get to know Winter Moon while you're at it:

Well hello. We are Winter Moon, Melbourne based alternative Rock band. We find it difficult to describe our rather diverse sound a lot of the time, so Alt Rock works haha. We’re a fun, colourful little family of muso’s who’ve been playing together for a long time. We’re in that exciting, nerve-racking time of releasing some of our hard work and soul food! Oh yeah, I’m Milly, the lead singer :)

Ah yes, describing the tunes….this is always a challenge! We draw from a lot of varied influences including Janis Joplin, Jack White, Alabama Shakes, Jethro Tull, Fleetwood Mac and plenty more and our collaborative writing always uncovers new things to try. I think that’s one of the things I love most about the new album Make Real, Make Believe we’re about to release, it’s a melting pot of each of our ideas and influences! There’s elements of Soul, Funk, Psych, Folk and hard-hitting Blues Rock, it’s a real journey and I guess that’s a part of our vibe - our sound, live shows and recordings will always surprise someone or give you something in a set you weren't expecting - take you on a journey. We have a hell of a lot of fun dancing about like idiots on stage and live for live shows with colourful outfits and flinging our hair around haha!

It’s always a very collaborative writing process and never the same formula. Sometimes, Lyle (Drummer) will randomly send us a full band track of midis where my voice is always the goddamn Midi Alto Sax and we’ll work off his already solid song idea, Or Jake (Guitar) or George (Bass) will bring in a sweet riff or melody and we’ll all adapt, play and workshop till we’ve got something to build on. Then, of course, there are those glorious jam sessions when someone happened to hit record and get a track down from a sick jam night!

We work hard on pre-production to ensure we make the most of our time in studio and the amazing Finn Keane at Head Gap Studios was very involved in our production throughout the writing of this new album - we’ve worked with him a number of times and he really understands our sound, so it was an amazing benefit to us having him on board helping to refine the mad structures and tangents we’re known to go on before recording!

Can you tell us about your latest single Who Are You?

Who Are You is a hard-hitting, ballsy rock track! It’s a song that came together relatively quickly as the vibe is intense and we all kinda knew what we had to do with it! ;p It was one that was easy to write lyrically then extremely difficult to let go and be heard. I’m really glad it’s out there and was released on Int. Women's Day as it’s about a particular experience too many women face though is for anyone who has had an experience they thought might break them - one they’ve hidden or buried and can now own it knowing they are more powerful and always have been more powerful than that person who hurt them. It’s fairly heavy and about as different as any song on the album. Like I said, it’s a real journey this one!

Yes! Lots! We’re getting set for a big interstate tour following the album release in May! We’ll be playing a bunch of rural and Melb shows plus doing a trip to Adelaide, Sydney and Newcastle and a few spots in between. Still locking in dates as we speak and all will be announced soon!

Well, apart from the epic satisfaction releasing our first full-length album that we are super proud of, there will be vinyl, tours, more mad hair flinging, videos, travel and some sneaky lil surprises I cannot speak of yet! Exciting times! More important than anything, 2019 brings another year jamming with my best mates and hanging with some of the most creatively inspiring people I know!

In all the places! Bandcamp // Spotify 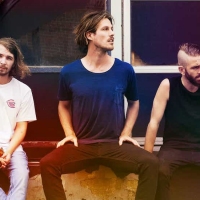 Exclusive: Stream The Kite Machine's debut album before its release this FridayThe Geelong trio shine on their versatile debut album, which arrives ahead of tour dates across the next few months. 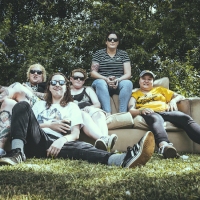 Meet Being Jane Lane and their punchy latest single, Be OkayThe Brisbane punk band drop their lively new single ahead of an east coast run of dates this March/April.
Bands