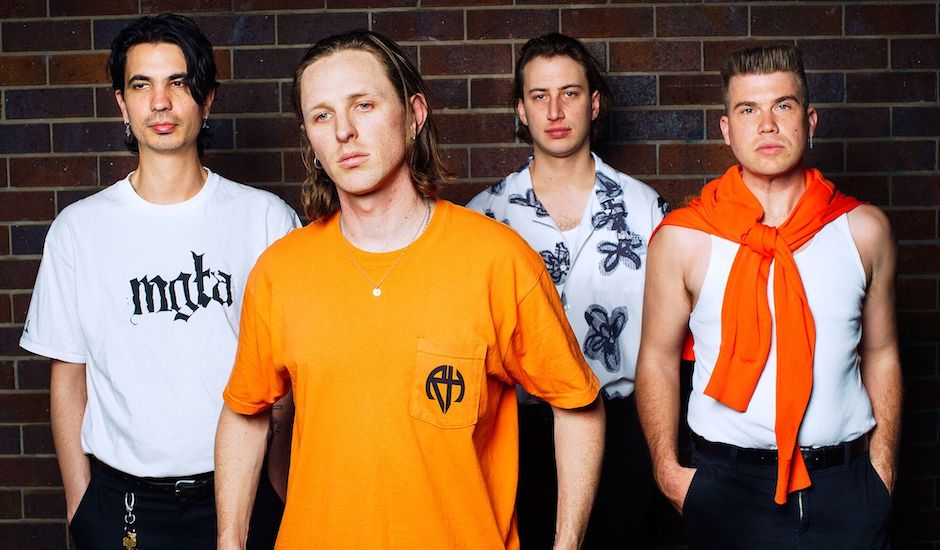 In the time since their 2017 debut album You Work For Us, These New South Whales have come a long, long way. They initially began as somewhat of a joke band - their words, not ours - and in the years since their conception, they've grown and evolved into an entirely different beast; one that spans over a multitude of art platforms from comedic television to the music they initially became known for, their trademark charm and light-heartedness being on feature display regardless of the artform they're experimenting with as they grow.

Just take all the things they've done since their debut album, for example. On the live realm, they played everything from UK tastemaker festival The Great Escape to BIGSOUND (at the latter, they finished their set with the emails to their publicist, management and booking agent blaring across the screens, because #industry), while a Comedy Central mockumentary series also names These New South Whales brought their distinct funny charm to our TVs; written by the band and produced alongside a bunch of comedic greats, with its third season approaching sometime soon.

Now, however, with their new album I Just Do What God Tells Me To Do, they're refocusing their charm on their musical capabilities, and the results are spectacular. Spanning eleven tracks, These New South Whales' second album is a reminder that their initial craft (and speciality) is in creating catchy rock that holds the ability to swerve between tones styles, even as they distance themselves from the heavier, brooding sounds of their debut and centralise their sound around bright melodies and jangly guitar for album number two.

In saying that, however, I Just Do What God Tells Me To Do doesn't sacrifice These New South Whales' punk-leaning roots to create a brighter record. It's loud and fast, with snarling guitars and cut-through vocals forming a musical basis for the band to detail their increasing evolution and growth - an increased refinement to their witty lyricism, their ability to make even the heaviest of guitar breakdowns digestible and fun - as a group that have seemingly done it all, not slowing down despite them ticking off boxes left right and centre.

"Our second album marks a new epoch for us as a band," says These New South Whales vocalist Jamie Timony on the record, which was worked on alongside go-to producer Jonathan Boulet (ARSE/Party Dozen). "We started TNSW as a joke. We never expected that it would last this long and it has because there is a synergy between us. We love creating things together. I Just Do What God Tells Me To Do feels like it begins this new chapter for us well and we are excited to see where it can grow from here."

Here, in a track by track walkthrough, These New South Whales dissect the creation and inner-themes of their new record, breaking it down and walking us through it one song at a time. Dive into the record below alongside the track-by-track, then catch them on tour across November and December supported by good pals RAAVE TAPES, ARSE, Publique and The Bearded Pelvis - tickets available here.

It’s Its Own Heart

I started writing this song by myself in my garage. It was originally half the speed, kinda droney and shoegaze-y. Todd came over and told me to dial up the tempo. He also put down the lead guitar line. I can’t remember how we thought of the D&B beat for the middle section but we quickly ripped one from a Slipknot song off YouTube and chucked it in the demo as a placeholder. Sounded good. This is my favourite song on the record. I like the simplicity and repetition in the lyrics, reminds me of Jeff Buckley’s New Year’s Prayer.

In The Light of Day

We wrote this song in the rehearsal room together. Todd came to band practise with the guitar part for the verse. Will immediately played his bass hook/riff which I parroted as a vocal melody in “see through your deception” and it all started coming together from there. We were stoked to be writing something so sunny and fresh—different to anything we’d done before. I specifically remember stumbling upon the vocal melody for the chorus and being really happy with it.

The Squeaky Wheel Gets The Grease

Will was pushing his bass amp back to whence it came after a writing session one day and the wheel was squeaky as fuck so I recorded it because I’m artistic. The little robot voice at the end reads the opening sentence of a review that we received for our show at Live at Leeds earlier this year in the UK. “A band with absolutely no mainstream appeal is… These New South Whales.” Obviously untrue, but funny nonetheless.

I kinda hated this song to begin with. So did Todd. I felt like Terrence and Phillip from South Park were singing the verses. A bit yappy. It also sounded a bit surf, which is a genre I’m not really into. Kinda undeniable chorus though. Lyrics fell straight out. My vote was to not include it on the album but it ended up being the first single so there ya go. TNSW is a real democracy.

This song came together very quickly. We wrote it all together in a rehearsal room. I really love performing the broken down choruses live—connecting with the audience in those moments. The lyrics are impassioned. Originally I was doing an “ooooh-oooooh” between lines in the verses but Will gave me horrible looks every time so I stopped. Sometimes I still do them live though.

This is a song that Todd originally wrote all the music for at home. It’s the first song we have used an arpeggiated synth in. I like the refrain in this song “This is your city”. It feels good to say that. I normally hate bridges in songs. I mean, they’re OK if you don’t give them bridgey chords. The bridge in this song is almost my favourite bit though. Todd’s guitar clanky guitar part really makes it.

Safe in My Skin

I recorded the original demo for this in my garage. I wanted to make a song with that kind of 16ths loose hi-hat pattern. Safe in My Skin refers to being able to handle yourself in a fight. This song is a lot of fun to play live. Probably the most high energy track of the album.

I Just Do What God Tells Me To Do

Todd came to rehearsal one day with this beautiful guitar arpeggio idea. There was a piano in the room that I played and Will played along on the bass. We recorded a couple of passes of it. The conversation that we put over the top of the track was inspired by an Australian Idol rejects DVD that my brother Ben and I were obsessed with as kids. It’s basically a conversation in which a contestant tells Marcia Hines that he is simply doing what God tells him to do after butchering a Prince song.

This was the first song we wrote for this album! Will just started playing this huge bassline, it really flowed out of him. From memory, it was a lot slower, again, and the chorus was kinda woozy and psychedelic like BJM or something. It’s kind of a melancholy song about going to bed with your own head. When we were writing it I imagined myself singing the chorus like Pavarotti on a balcony in Italy for some reason.

This song is about retaining your independence and sense of freedom in a healthy relationship. The idea that you can stray, together, I think is quite romantic. I absolutely love Frank’s drumming in this song—all the skitz changes in rhythm and tempo. Makes it really fun to play. I had written the original basic guitar chords but Todd really fucked with them and made them his own. His guitar in this song is some of his best, I reckon. This song was not a favourite song among most band members early on, but Will always loved it. Will likes songs with lots of changes.

Talking Out of Turn

Todd wrote the music for this one and brought it to the band and I didn’t really like it to begin with. It’s probably the heaviest sounding song on the album—a bit of an anomaly. It’s been a real grower for me though I gotta say. It’s a warning—a song about secrets and gossip and how fast news can travel and to watch your mouth! 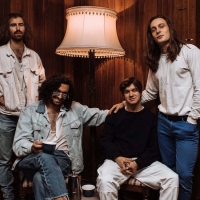 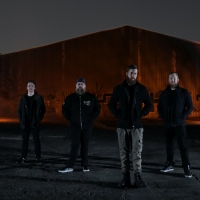 Premiere: We Lost The Sea unveil a mini-doco on Triumph & Disaster's album artArriving alongside the documentary's debut, we chat to the band about the artwork, how it links into their latest record, and the documentary unveiling today.
Bands

Premiere: Sixth Avenue - Sometimes I Get High, And Think About You

The indie-punk outfit enter a new era with the release of their latest heart-on-sleeve track.