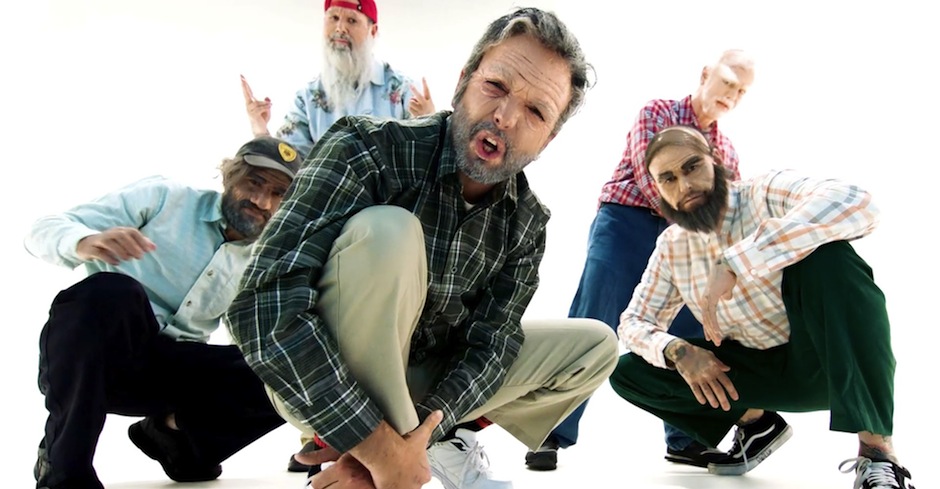 The first I'd heard from UNFD's newest signees, and their new single, //, hits as hard as anything we've covered in Mosh Music this year. Void Of Vision are a five-piece from Melbourne who play progressive hardcore/metalcore in the vein of bands like Stray From The Path and Stick To Your Guns; so basically they play super heavy, super angry music with a strong socially/politically minded message. I have a lot of time for bands that use the platform of music to say something important, and Void Of Vision certainly achieve that on //. Drew York, frontman from Stray From The Path, makes an appearance on the second verse of this tune, absolutely killing it with viscous lines like: "Tongue tied, twisted, tucked away/Let's hear it for youth decay". // comes from Void Of Vision's debut record Children Of Chrome, due out September 30.

I know we've covered a lot of A Day To Remember's new album, Bad Vibrations, but we just couldn't go past the video for this one. The legendary Florida five-piece dropped their sixth full-length, Bad Vibrations, last Friday and Naivety was the fourth single from the record. It's a slightly pop-punkier cut than some of the brutal earlier tracks that we looked at and I'll admit that I wasn't an instant fan of this tune, but it's definitely grown on me; particularly after watching the video that came out for it last week. As you can probably work out from the header image at the top of the page, the Naivety vid sees the band kitted up as old-age pensioners, wrinkles and all, and hitting the road for one last tour. Oh, and in case you missed it; here's an epic chat we had with ADTR frontman Jeremy McKinnon from a couple of weeks ago.

Another band that released an incredible album last week, and another band that we had the immense pleasure of catching up with to chat about it. Melbourne quartet Ceres released their sophomore album, Drag It Down On You, last Friday and it's an absolute stunner of a release. Produced by Tom Bromley from Cardiff-based indie outfit Los Campesinos!, Drag It Down On You is a 14-track effort brimming with melody and pure emotion, and is hands down one of my favourite albums of the year so far. Choke is a near perfect indicator of what you can expect from the rest of Drag It Down On You, with frontman Tom Lanyon at his raw, introspective best as he yells over a rising wall of pounding drums and bright guitar work. If Ceres are a new band to you, this is the perfect introduction.

There was no way we could say no to a video starring everyone's favourite racist journalist, Andrew Bolt; so here's something a little different to break up the usual heavy punk and hardcore vibes of Mosh Music. Fan Girl are a six-piece from Melbourne who have only been a band since last year, making the fact that they're releasing their debut record early next year all the more impressive. Disappear is single number two from Fan Girls's forthcoming full-length, and it's a psych-rock journey of a tune; jam-packed with soaring harmonies, jangling riffs and, most importantly - a shitload of cowbell. The video for Disappear, shot by Harry Anderson, shows us what a day in the life of Andrew Bolt might look like if he were a member of Fan Girl, and it's an even bigger struggle for him than you might expect.

Formerly Release the Hounds, until copyright issues forced a name change earlier this year, these up and comers out of Brisbane play raw, uncompromising, belligerent punk rock. This trio had me hooked from the outset of The Spit with pounding drums, intense distortion and menacing vocals. While we can all agree that The Spit is a near perfect title for such a hostile punk tune, Shutup Shutup Shutup frontman Liam Edwards explains that the song was in fact named after a near death experience: "I went swimming at an unpatrolled beach on the Gold Coast called The Spit. The beach has this huge ominous sand pumping jetty that is renowned for creating rips in the water, I got stuck in a rip and dragged out past the end of the jetty. I was panicking pretty hard and the waves were smashing me really close to the pylons, all I could think was 'this is it, I am going to die!". You can catch Shutup Shutup Shutup playing a launch show for The Spit at Crowbar in Brisbane on Friday, September 23. 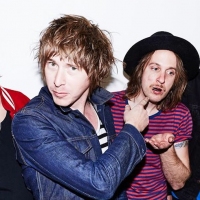 The Delta Riggs made us a playlist of songs that influenced their new album, Active GalacticFunk, disco and R&B aplenty. 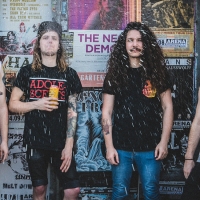 A quick chat with CLOWNSCurrently celebrating new singles and a bunch of tour dates.
Bands