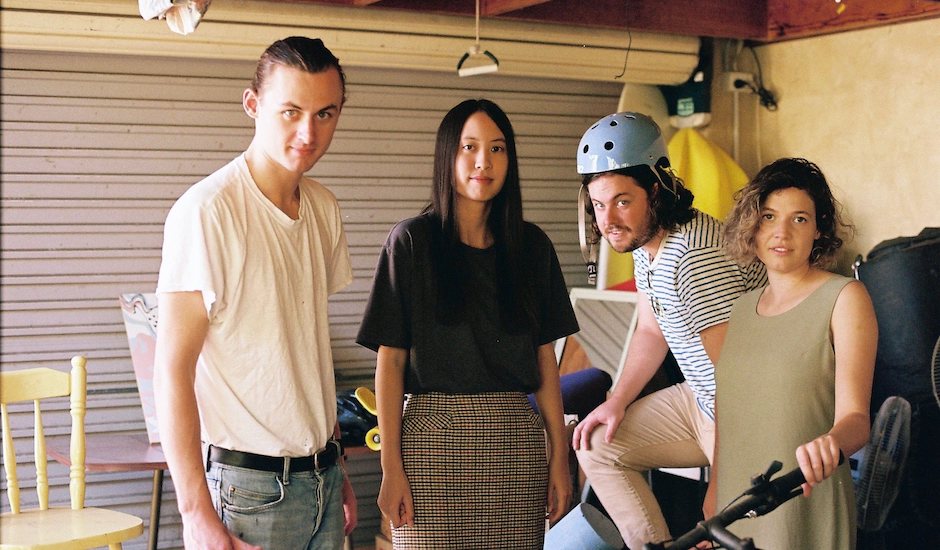 Teen Angst are a Perth-based four-piece who sent us a new track that only goes for one minute and 25 seconds but left a lasting impression with its washed-out, lo-fi vibes. Adrian follows on from last year's two-tracker Bookshop Boy/So You Say, and it's pretty fair to say we're smitten. Especially after getting to know 'em a little better below, because gotdamn the description of themselves was far more relatable than we care to admit.

Tell us a bit about yourselves:

We’re a Perth band who likes a good game of tennis and staying at home on weekends to watch '90s TV shows.

Antisocial pop. Think of the four most awkward people at a party, sitting on a tight couch, averting eye contact and monopolizing the bowl of chips all night. This is usually where we lose people and name drop Best Coast and Remember Sports instead.

I (Michelle) would normally write the lyrics and basic melody of the song in my bedroom and from there I’d demo it poorly on Garageband and send it off to the guys. We’d then go on to jam the song in our drummer’s bedroom and keep what sounded cool and scrap the parts that didn’t work so well. With our most recent single Adrian our guitarist, Connor, took upon the task of recording and mixing us in his bedroom – which gives us our signature lo-fi antisocial vibe.

Can you tell us about your new single, Adrian?

Adrian was written just over a year ago when I was in a long distance relationship. Fuelled by late night video chats and recurring Buffy The Vampire Slayer screenings, Adrian is a snapshot into lonely sleepless nights.

Our next show is with New Talk (fka Rag N’ Bone) down at The Bird on April 21st.

We are currently working on a new EP and plan on recording these songs a bit later in the year. And we’ll be playing a lot of live shows along the way.

You can find us on Bandcamp, Soundcloud, Youtube, Spotify and Apple. 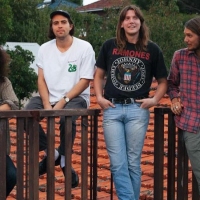 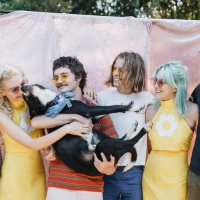 Nice Biscuit make it two for two with new single, Fairfield of DreamsIt'll join their stellar last track Captain on a 7" release on April 20 thanks to Inertia Music imprint Break Even Recordings.
Bands