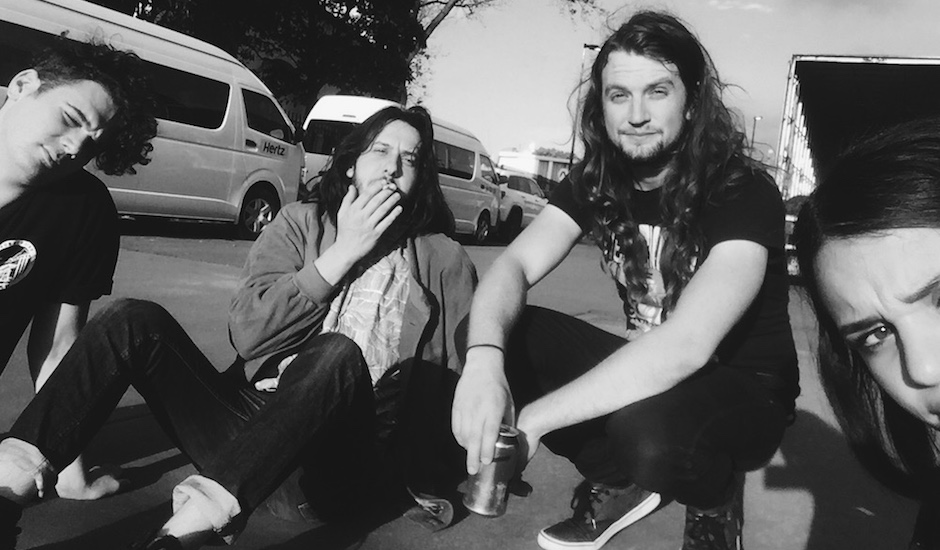 Header photo: The band chilling before their show at Sydney's Horden Pavillion.

The rather large Violent Soho national tour has just wrapped up, where they were joined by The Bronx, Luca Brasi, and West Aussie legends Tired Lion for some big shows in some massive venues. Whilst on tour, Tired Lion's drummer Ethan kept a little tour diary, while the group carried around some disposable cameras to get some behind the scenes action.

Check it all about below, and catch 'em live when they play The Plot this coming Saturday, Southbound in WA (December 28), and Falls Festival in Lorne (December 30), Marion Bay (December 31) and Byron Bay (January 2).

The excitement we are all feeling is overwhelming, we are so stoked to be starting this tour with Violent Soho, The Bronx and Luca Brasi. We left Perth at 5am; a perk of touring a lot is that we are Virgin Platinum members, which is great because we have priority check-in and access to the lounge. 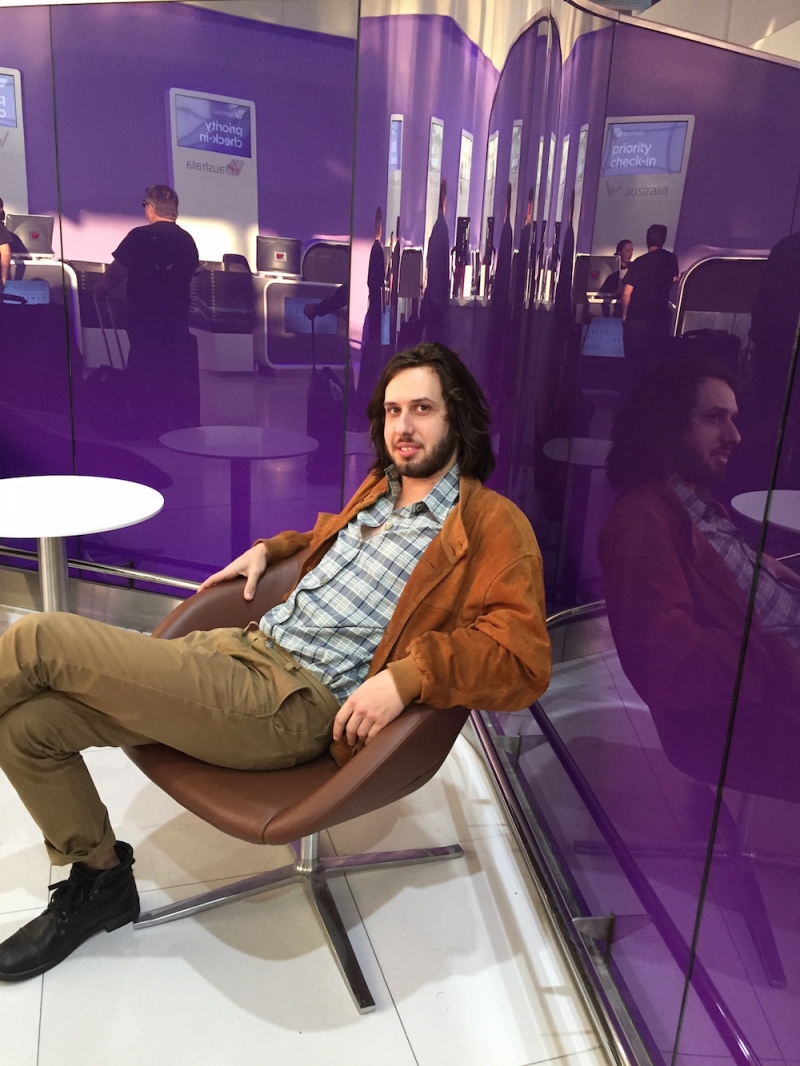 We go to grab a meal before the flight, the classic sausages and baked beans were there for the taking. The 5-hour plane ride seemed to go forever but we got there with our sanity in check and our vibe through the roof. Straight off the plane and into the van to make it to our soundcheck in time. When we arrived at the venue it was like being a child and going to the Royal Show for the first time, the amount of crew members and production on site was crazy. We had never seen anything like it. We walked towards the stage; Luca Brasi were finishing up their soundcheck, so I walked to the front for a listen, and it sounded incredible. It brought my excitement to a new level. It came time for us to get on for a soundcheck but we were so excited to see Luca we ended up talking and hugging till the stage manager told us to hurry up or we wouldn’t have time. We got our shit into gear pretty quickly and slammed into a tune. 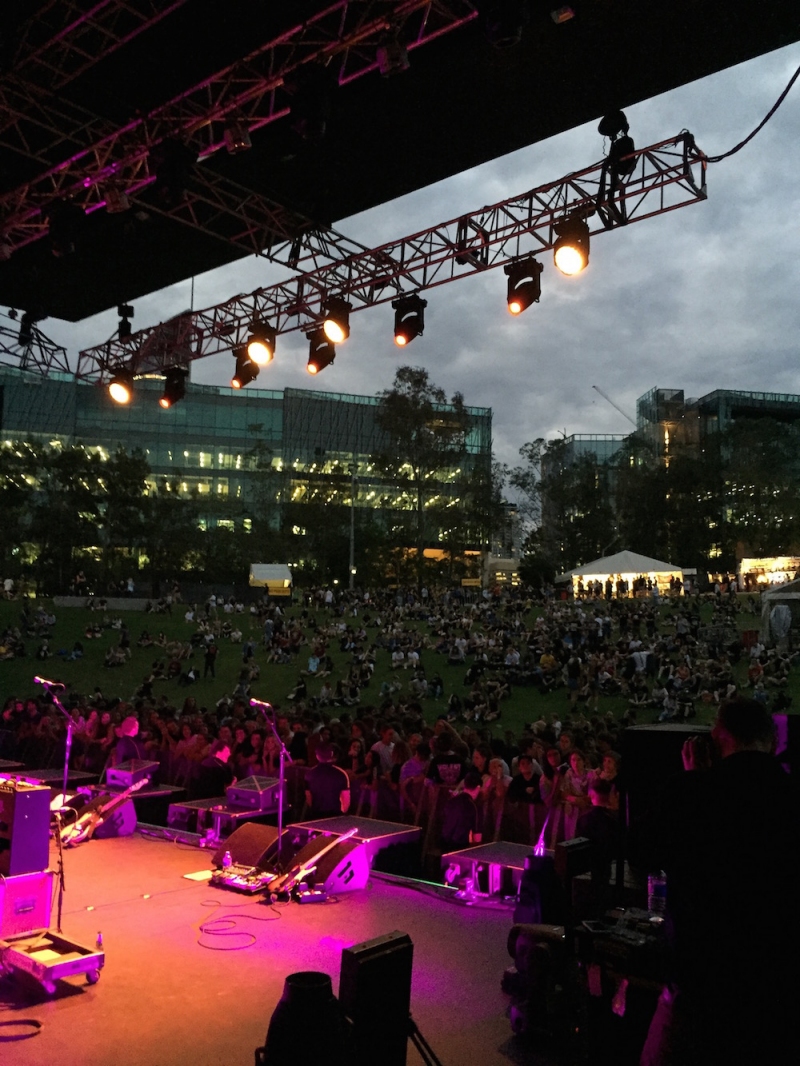 Riverstage just before we played!

As we were playing James from Soho came bombing down the hill on his skateboard chucked us a wave as he flew past the stage to his dressing room. Now for the boring bit, waiting for our set. We sat and met the Soho guys and just talked shit which made the time pass quickly. Time to hit the stage and excitement levels were very high the show felt so effortless as the crowd gave us so much energy, stoked with how the set went we hit the booze in celebration. Now this is where I don’t remember much but I have been told that I was unable to walk or use the toilet; with a lot of assistance from Matt Tanner these things were made possible and everyone made it home to bed. 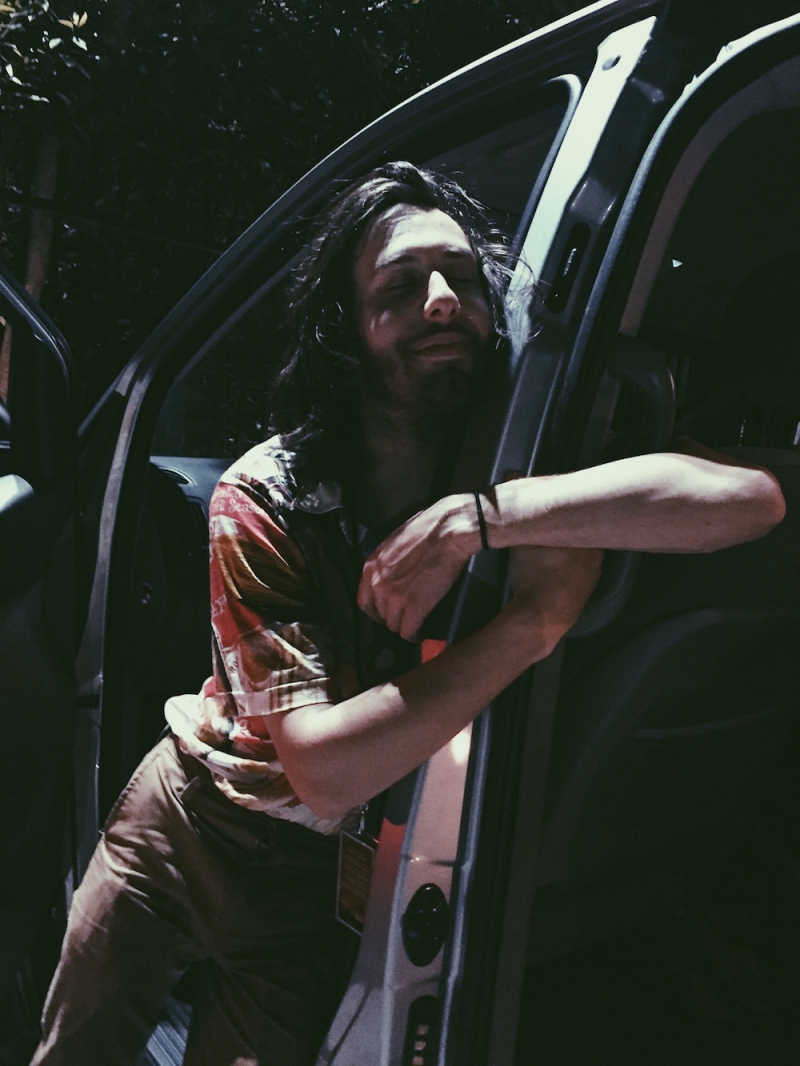 The day started terribly for me. Still very drunk, I woke up and pulled my stuff together for the plane trip to Sydney. I'm very thankful I held back the chunks on this one and lucky it was a short flight. After landing we headed to the Dew Process office to sign some vinyl that we are sending out to fans. I realised how annoying my signature was after having to do it for an hour. 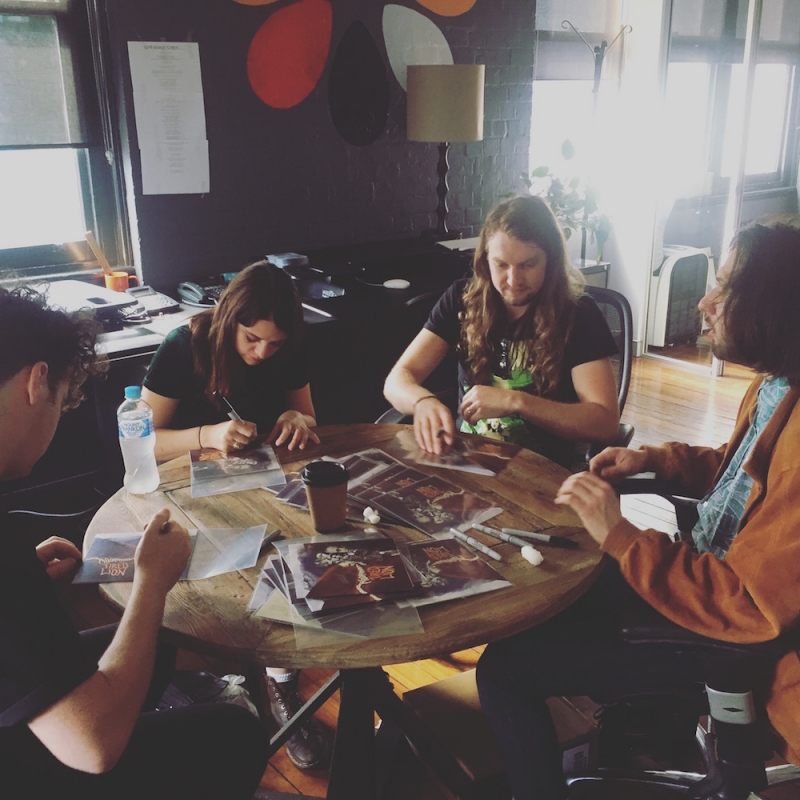 Heading to the venue we listened to some hot rock tunes and had a sing-along. Once again we got to the venue, and our jaws dropped. It was insane. On arrival, we got the tops news that we had a shared dressing room with the Luca Brasi boys which meant naughty times ahead. Luca took the liberty of doing a DJ set in the dressing room and played the most vibing setlist I had ever heard. By the time we had to play the energy was real high. I remember as we were playing they turned on the lights for the audience and I was shocked to see so many legends watching us. It made for a perfect party and great hangover cure. I decided not to party this night as I was still feeling it from the night before, but I still couldn’t help but get into trouble. As I laid on the couch, Tyler and Pat from Luca picked it up trying to toss me off. Well, guess what, they were successful. My god the Soho dudes ripped it, everything sounded so good, and the audience response was sick, one guy even got on his mate's shoulders and got his dick out boom boom. We all sat in Soho’s room talking shit about music and drinking expensive Japanese Whisky and eating doughnuts, a very good way to end the night.

With a day off in between Horden Pavillion and Festival Hall everyone took the time to refresh their mind and body. Before the show at the hotel, we had a bit of a silly day, boredom makes you do strange things. We made a pillow fort and filmed a stupid video, it was a great day. 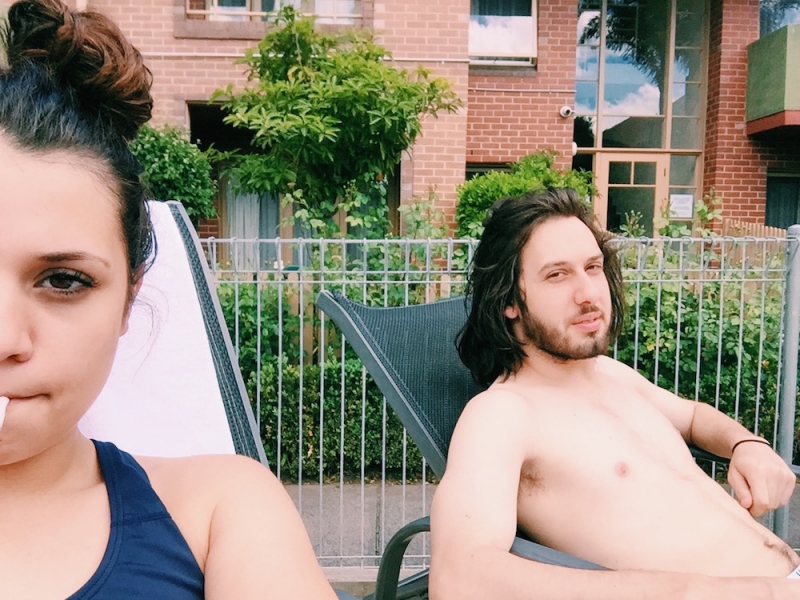 I was driving, which is always a challenge in Melbourne, but I made the trip fine, dropping Sophie and Matt off at triple j for an interview and successfully hook turning into the street I had to park in. 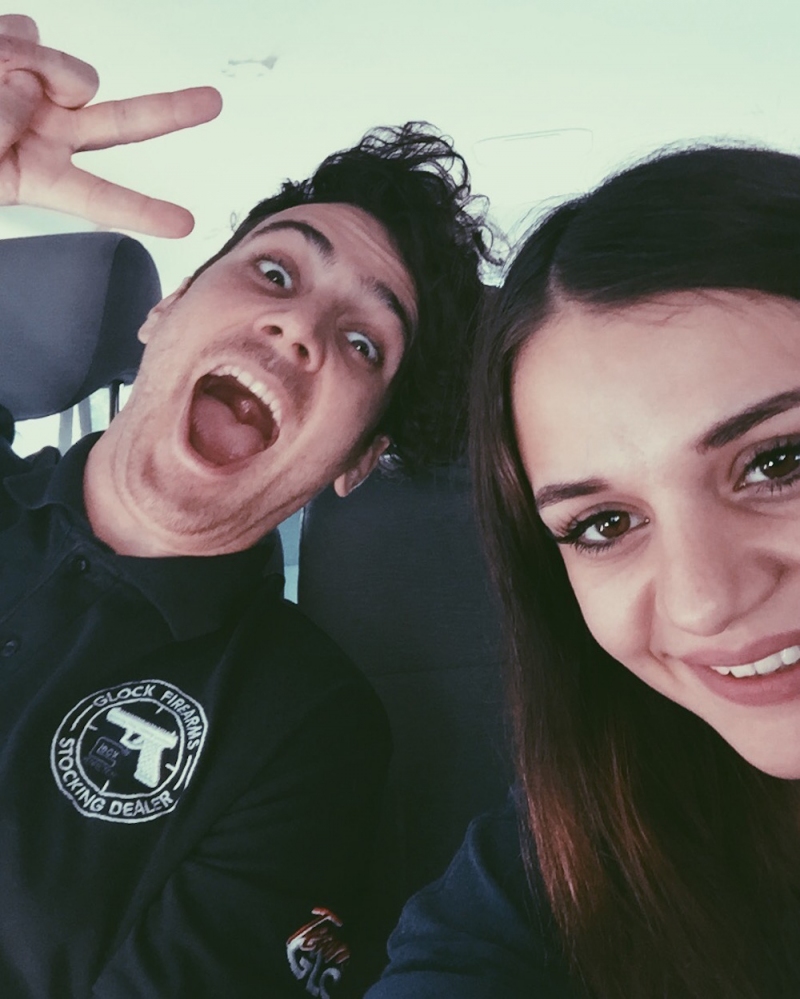 Nothing interesting really happened between arriving and the set, accept the Tired Lion and Luca Brasi Mario Kart Cup, which I believe was won by Matt. I watched The Bronx and oh man they played so well, and I love their banter between songs, it really gets the vibe going. Soho played incredibly once again and got me in the mood to party so after the night proceedings I headed to Ding Dong lounge where everything turns to mush once again. 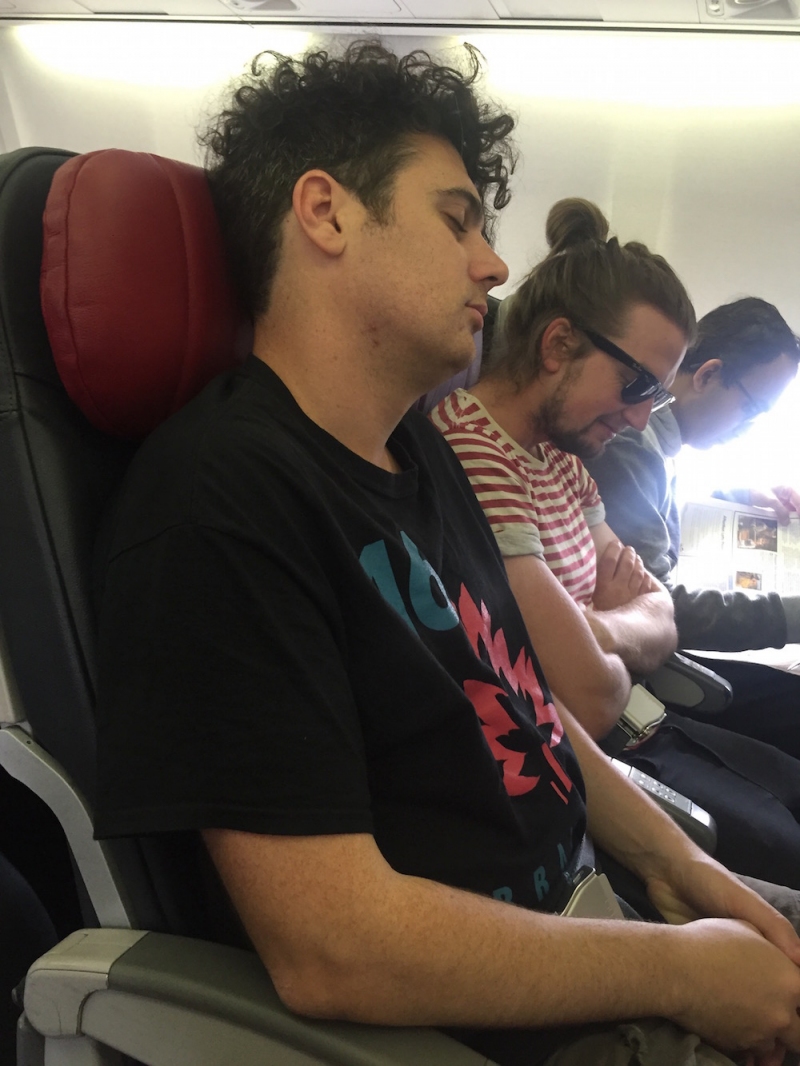 With four days off between shows, everyone was at peak gig fitness. Adelaide is like Perth’s sibling, I find them so similar, so it always feels natural to be there. Today was the day that I would miss my first flight and not because I was under prepared, I just got the time wrong, but lucky for me Virgin are legends and chucked me on the next flight free of charge. I made it yeoooooowwwwww! With a few minutes up our sleeve, we grabbed some lunch, then straight to the venue. Upon arrival, I realised that I had seen this venue from the outside before when we played with Spiderbait, I remember saying how sick would it be to play that venue one day and then boom here we are. The set went great, and we threw in an extra song as we had time. This show was particularly awesome as the smoking area was located with all the punters so when going out for a cigarette I got to say hello to some fans and just hang and talk shit, was a great vibe. We all got slightly drunk this night, but we pulled it back when we realised our flight out was at 5am. 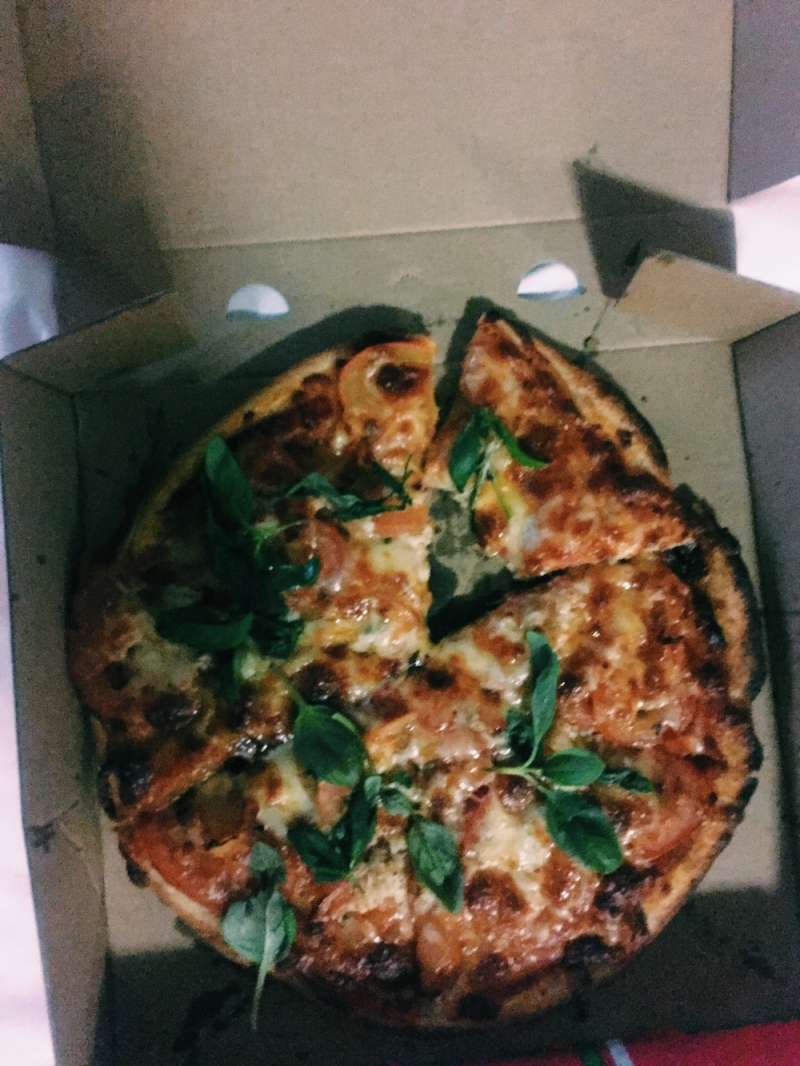 This was a huge day for myself and everyone running on no sleep. We had two shows to play, but I win because I had four. I’d never been to Red Hill and was stoked to see how cool and nice it looked. The backstage area was filled with old couches, and the walls had rad posters of musicians. The team at Red Hill put on a BBQ and were real accommodating, it made for a very comfortable vibe. I’d say this set was a highlight of the tour, we all put in a 100% of what we had and the audience really fed off our energy as we fed off theirs. Looking out upon the audience I really took in how incredibly lucky we are to be on such a rad tour with bands we love and playing venues we all wished to play in our lives. It came time for the goodbyes as I had to leave immediately to make two other sets. I gave all the boys a big hug and kiss and sped out of there like speed racer. 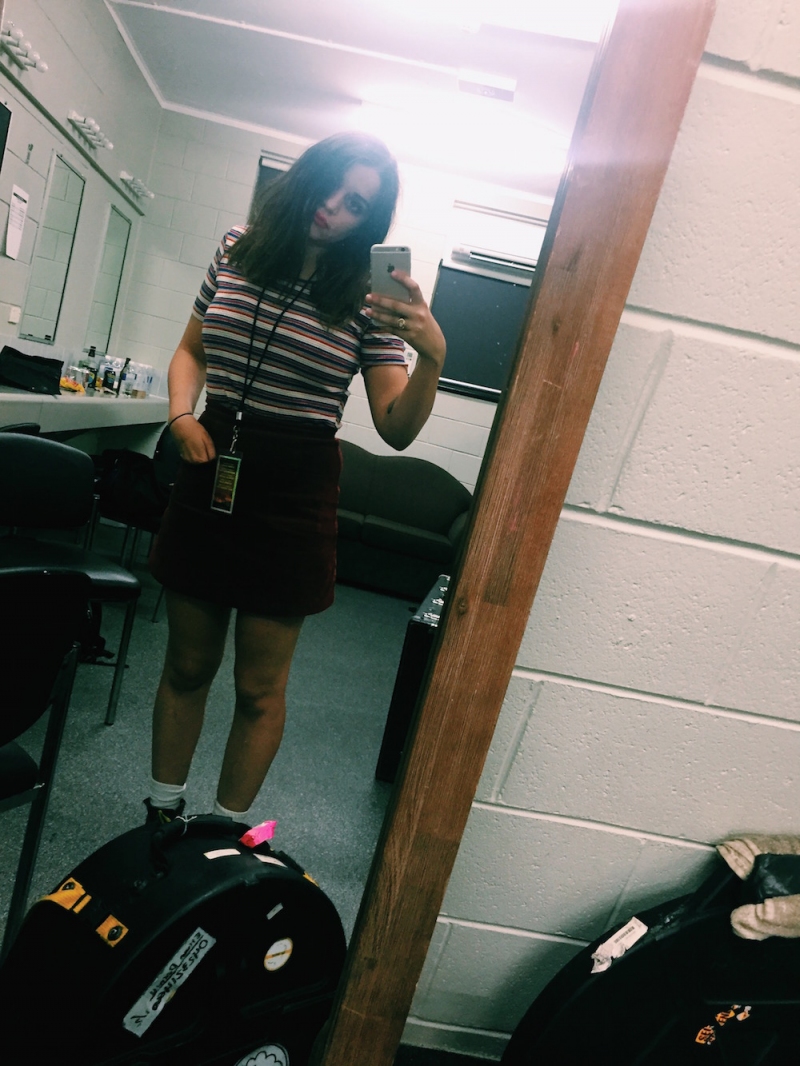 This green room had nine mirrors. 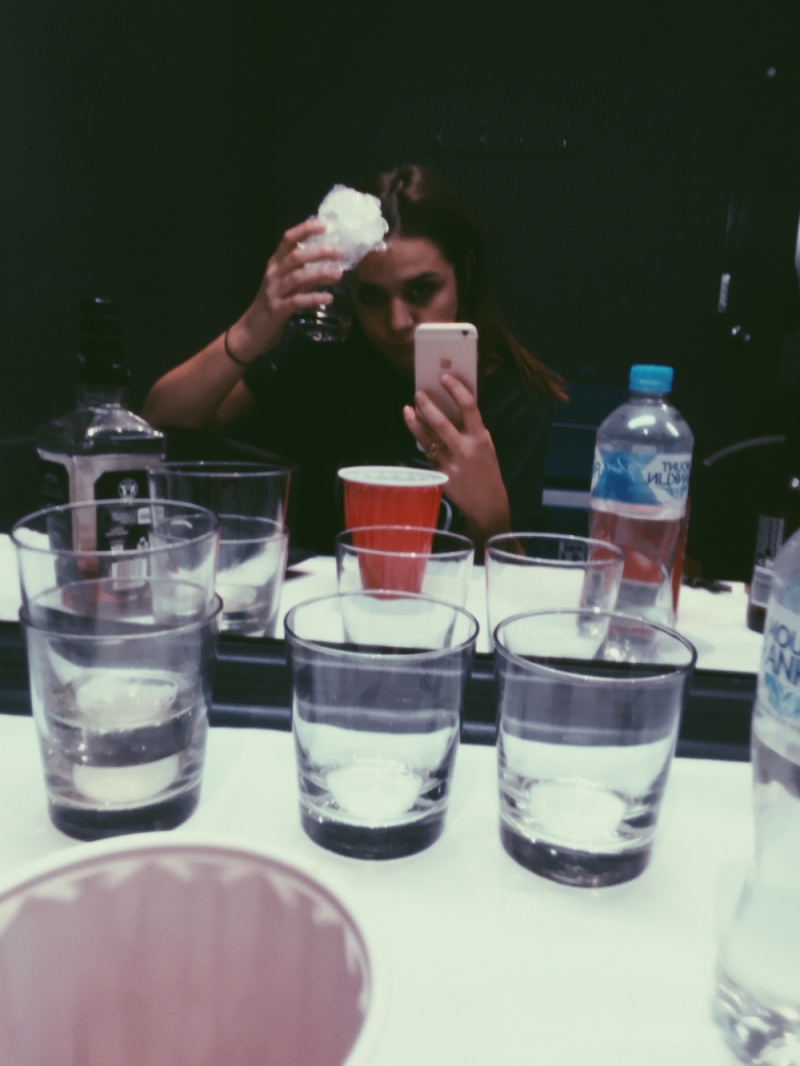 Clumsy Sophie icing her head after she smashed it on to a metal pole during a selfie. 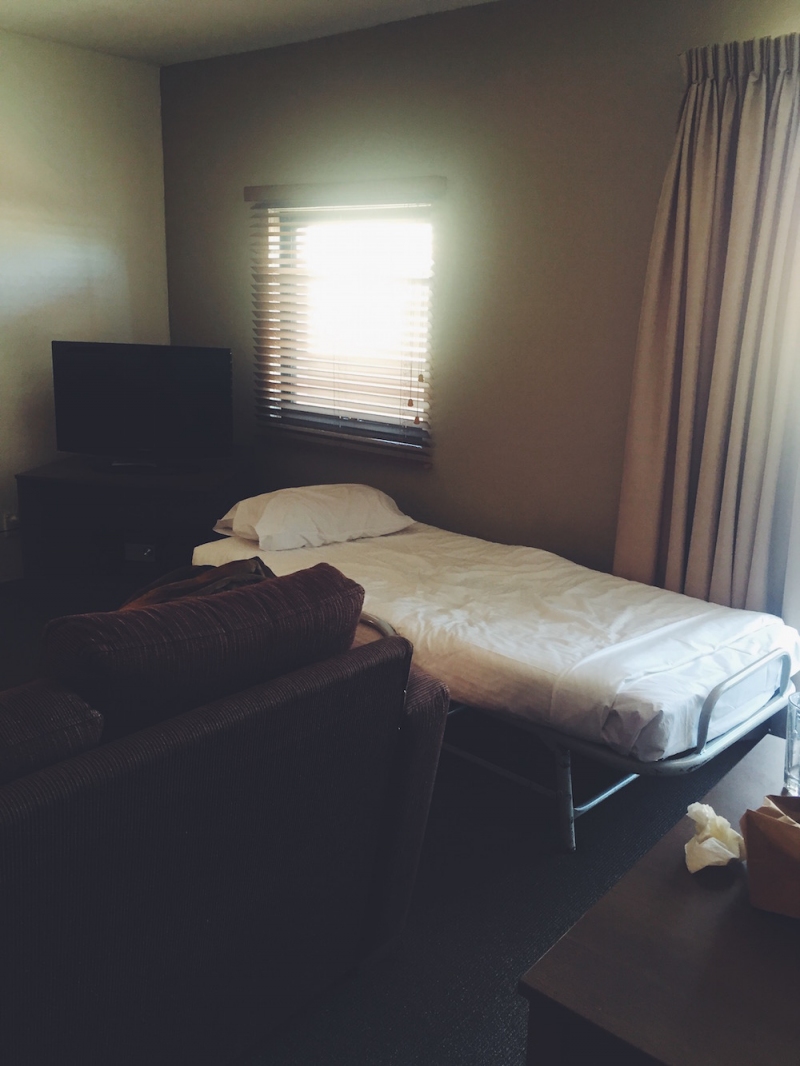 Sophie getting kicked out into the lounge room cause no one wants to share with her. 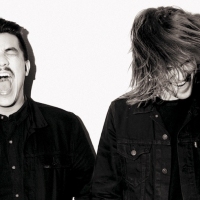 Polish Club fire up a data mosh in the video for latest single, Beat UpThe band's Aussie tour kicks off in a couple of few weeks. 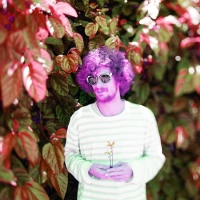 Introducing: Human BuoyAnother drop in the psychedelic pond that is Perth launches his new project.
Bands