With anticipation reaching a climax for Wet Leg’s record out this Friday, April 8, they’ve got one last taste with the cheeky Ur Mum, as usual for the pair alongside an appropriately playful video.

A diss track of sorts about an ex opening with the lyrics "When I think about what you've become, I feel sorry for your mum”, vocalist Rhina Teasdale explains “I was pretty angry at way things had gone in this particular dynamic. It’s just a diss song I wrote to make myself feel better. It worked.”

Known for their wild and wonderful music videos, this time around the band enlisted Lava La Rue for directorial duties who says of the video “The Ur Mum video was all about bringing the viewer into the Wet Leg world - sprinkling details throughout the visual that not only reference at least 4 songs off the album but also plenty of inside jokes within the band too.

Artistically it shows where the aesthetic of American indie films like Napoleon Dynamite fit perfectly in the scape of rural British settings - this concept first came to me when the band took me to IOW for the first time - I saw the connection and it all clicked into place.”

The band have also announced an exclusive Pop Up Shop at Sound Merch in Melbourne this weekend, opening 9am Friday 8 April until Sunday. Exclusive merch and giveaways including caseettes, vinyl, t-shirts and a stack more will be available, for everyone not in Melbourne you can check it all out here.

Fri 22 July – Splendour In The Grass 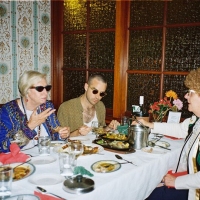 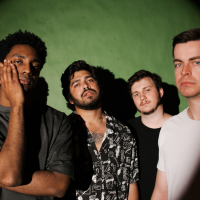