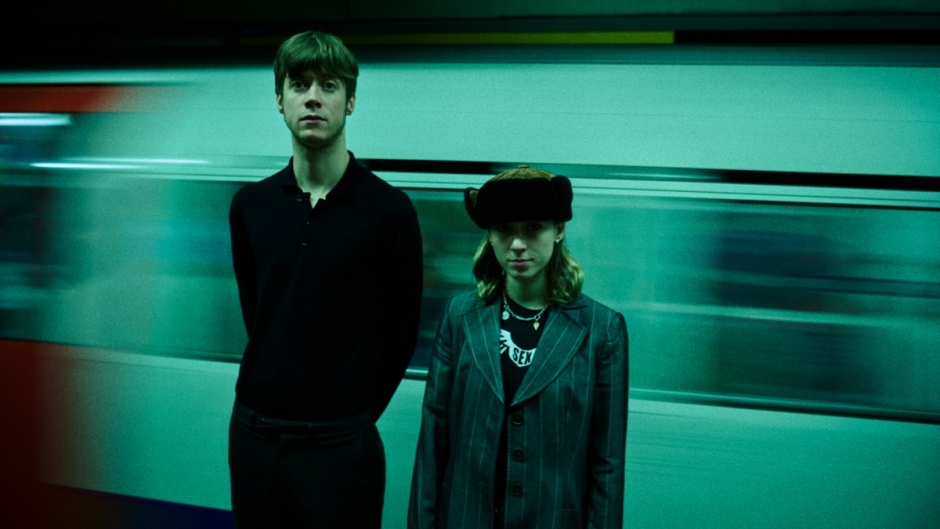 Releasing an album to worldwide critical acclaim during a pandemic, meaning you can’t tour it or even play a launch party, has to be an extremely frustrating experience for an artist. A band who experienced this and rather than be demoralised, used it to fuel a second album, are English band Sorry, led by the seemingly effortlessly cool and creative Asha Lorenz and Louis O’Bryen.

With a buzz generated from a string of singles, Sorry dropped their acclaimed, genre-blurring first album 925 on March 27, 2020 - precisely when shit had hit the fan, meaning that rather then jetting around the globe to take their album to fans in a live setting, the band found themselves “kind of just sat around in our bedrooms and went on the internet and stuff” - the polar opposite of playing your music to adoring fans in foreign locations.

Rather than be dejected, Lorenz and O’Bryen turned their energy to writing, and what would eventually become their sophomore album, the brilliant Anywhere But Here. Paying homage to both the classic songwriters and audio engineers of the 70s, Anywhere But Here was produced by Lorenz and O’Bryen alongside Ali Chant and Portishead’s Adrian Utley, drawing on everything from 90s alternative rock and shoegaze, to modern hip-hop and electronic music beats, all wrapped up in their otherworldly, dreamy sheen.

To find out all about Anywhere But Here (including their upcoming world tour), we jumped on the line with Asha and Louis!

When did you guys start working on Anywhere But Here in relation to releasing 925 - did you get a chance to soak up the reception, or had you already started?

A: We kind of started writing it as soon as 925 came out, we were already writing this one. We were writing for the last like, two and a half years, but we finished it like eight months ago, so it’s been a longer process, but yeah, we wrote the songs in a shorter amount of time than we did the first record.

Why do you think these ones came quicker than the first?

L: I think it’s just because you have less time to write it. The first album you write, basically from when you start writing music, so you have about seven years or whatever to write that. But this one you kind have to think about time quite a bit more, so yeah, the cards you’re dealt.

A: *laughs* Well, we recorded it in Bristol with this guy Ali Chant in Bristol, and Adrian Utley, and we did that in the space of like, a month. So it was a bit more nine to five, one might say, but that was quite good, quite a good vibe, wasn’t it Louis?

L: It was a quite good vibe. I think also because of like, all the free time we had, that’s kind of the only thing we were doing for a bit, was writing songs, for the last two years. It kind of was the only thing you could do, really.

Were there points where that was a bit monotonous or, you know, hard to be objective, like “is this even any good?” sort of thing?

L: Yeah, definitely points. While we were recording it, we kind of went back and forth. The first week, we kind of recorded it in Bristol for a month, and then we’re going back and forth for like, three months, just trying to figure it out a bit. And then we recorded two new songs for it, so those like, four months where we were trying to write some new songs and record some new songs so that was a bit hectic. Then when we kind of finished that part, it kind of all came together and it felt quite good at that point.

And as an end consumer, we just here the collection of songs with no idea about the hectic nature of getting an album finished, super interesting! So what about working with Adrian, were you guys Portishead fans?

A: Yeah, we were Portishead fans. I think he was good to - we wanted the album to sound a bit older, like we wanted the recording to sound a bit older, we wanted to merge the modern production with the old world, and they do that quite well. He didn’t really help with the formation of the songs, but he was really good at like, keeping the album consistent, with stuff like guitar tones we were using, and picking the right tones and stuff, like the darker tones on the album, on the guitars. Stuff like that, he helped with that, and creating the space in the album.

L: Yeah, and they other guy we worked with, Ali Chant, they worked on a few albums together, so they had quite a good relationship, and the two of them, like Asha said, really helped with it sounding like all one entity, the album, which I think was something that we wanted to achieve before we recorded it.

And it really does have that cohesion, even though, you know, “genre-wise” you guys touch on a lot of diverse things and kind of go here there and everywhere… so I’m curious, I’m not going to ask you “ooooh, what genre is your music?” sort of shit, I’m sure you’ve had that a million times, instead I’m curious at a higher level how you feel about genres as a whole, like a necessary evil or something?

A: I think genres are good to attach your identity to something that’s like, bigger than you, but I do think they kind of have less importance now that I feel they’re more like a reference point to look back on, rather than like, people thinking about what genre their music is now, unless it’s it’s like dance music or like trap or some hip hop. I think in the indie world, or like “rock music”, it’s becoming more gnreless.

L: I can see why it’s a useful thing for people, but I think it’s really hard to define what your genre is, cos it’s quite hard to tell and you’re making it, you know.

Yeah absolutely! To go in a bit of a different direction, I’m curious what it was like putting the first record out just before the pandemic really took hold in 2020 and not getting to do all the things like have a big launch party and tour the album around the world and stuff - what impact do you think that had on you, and ultimately this second album?

L: I feel like it kind of gave us like, a false sense of representation of what releasing an album was like, like we don’t really know what it’s like to release an album properly, because when we released the album, we kind of just sat around in our bedrooms and went on the internet and stuff, so I feel like, if anything, it kind of maybe made it a bit easier to write or record this one, because we didn’t really have that much expectation for what needed to happen. So yeah, I also think this kind of has made us feel a bit more excited for the whole thing, like being able to actually release an album and then tour it, which is obviously what you’re meant to do, but we didn’t get to do that. So doing all that stuff, I think. Yeah, I think we’re just excited to release an album not into the apocalypse, but into a less apocalyptic world.

Touch wood! And you do, you’ve got what like a six month tour coming up across UK, Europe, North America, back to UK and Europe - what are you most looking forward to for the tour?

A: I’m just really looking forward to being able to play the songs to people and kind of see how they’ve taken life outside of like, the internet, or outside of the UK. Even though we went to America in March, and that was fun, but it wasn’t our headline tour, so it was nice to play the songs, but I don’t think people really knew them. So it’ll be interesting to see which songs people like and stuff, or how they respond to them. And then, it would just be nice to be able to play fun shows.

L: Yeah, I think also when you’re in this situation, like just released an album and you’re doing headline shows, I feel like it becomes a bit more of a spectacle, so like, naturally becomes quite a bit funner, and kind of more buzzy and exciting. So that’ll be fun, and also it’ll just be nice to see a real reaction to the album, like actual real people and how they respond.

And how are the tracks from the new album feeling live?

L: Yeah, it all feels good! We’ve just been rehearsing loads when we were touring in March and April this year, and we played like five songs from the album, so some of them feel quite natural to play, and then we’re learning new ones, which will be fun to play live. Yeah, looking forward to playing all the new songs and having the album out there and stuff.

Awesome! So I’ve gotta wrap up by asking when we might see you guys down here in Australia?

A: Next year, I hope so. I think so. We haven’t actually got a tour booked in, but I know there was shuffling in the works, that we might come next year, so hopefully.

Fingers crossed, and in the meantime we’ll be enjoying Anywhere But Here! Asha, Louis, thanks so much for chatting about the new album!

A: Wicked, thanks dude!

L: Maybe see you in Australia.

Sorry's new album Anywhere But Here is out now via Domino Recording Co. 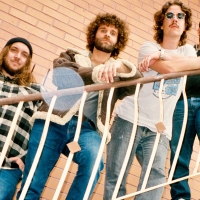 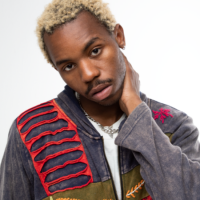 Listen: Montell Fish - HotelFresh from the release of his debut album and an appearance on The Tonight Show, the up and coming artist unveils his latest single.
Bands