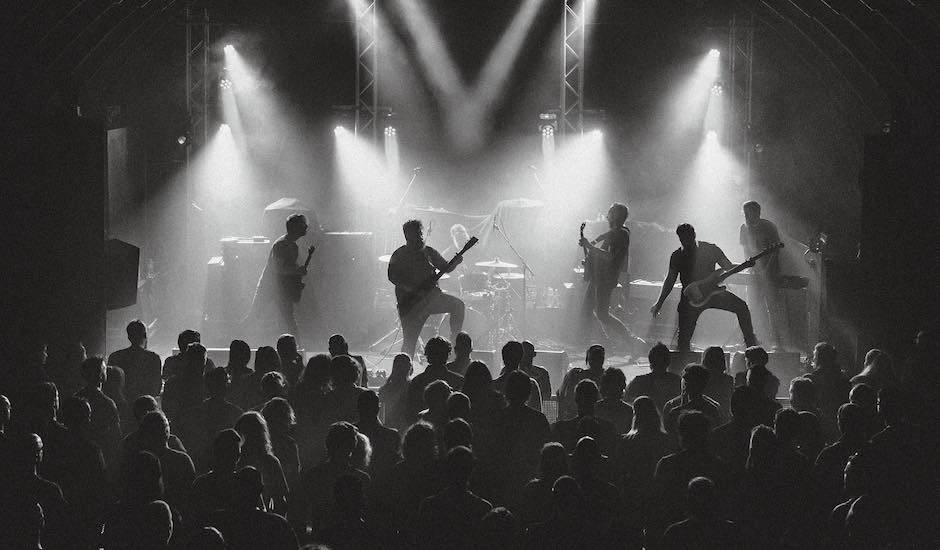 Posted By James Versluis 4 years ago

Header Photo: We Lost The Sea by Bradley Coomber.

Introducing Heavy Times - a new column at Pilerats where we explore the best heavy music - ranging from doom to post-punk; sludge to hardcore, and everything else - to come out of Perth and the rest of Australia over the last little while. We've been out of the game for a while, so to kick things off, we're going to recap some of our favourite releases from this year. This time around, we feature four exciting acts from around the country, each varying in sound and style. Read last month's column HERE.

We Lost The Sea - Towers

Post-metal turned progressive post-rock Sydney act We Lost The Sea have finally graced us the first single from their new album, Triumph & Disaster, their first release since 2015's gargantuan LP, Departure Songs (it has been a long 4 years of waiting, believe me). Departure Songs, in my opinion, is a flawless piece of work. The palpable melancholy, the surging guitars, and those fucking builds. I could talk about Departure Songs forever - and that's exactly why I don't envy We Lost The Sea's job of creating a follow-up LP.

I can happily report that Towers has got me nothing short of elated. Towers immediately tells you that Triumph & Disaster is going to be more triumph than it is a disaster. It's a roaring battle cry, a surging juggernaut - and not without some classic We Lost The Sea tension. The 10-minute mark onward is fucking breathtaking. We Lost The Sea is suddenly sounding like they're about to be hailed as one of the post-rock greats, likely to be included in the same conversations as Russian Circles, Caspian & This Will Destroy You.

Triumph & Disaster is due to hit your ears on October 4 via Bird's Robe Records (Australia) and October 25 via Translation Loss (US), Holy Roar (UK) and Dunk!Records (EU).

Clove sounds a bit like the best parts of Title Fight, Cellophane, Endless Heights and Citizen all had a chat and decided to release music together. I think we can all agree that mediocre emo/punk hybrids have been basically done to death at this point - you've got to do something pretty impressive to pique the interest of a seasoned listener of the genre. Clove fucking nail it with their Hollow and Whole EP. The EP has the visceral angst of hardcore punk melded perfectly with sombre emo moments - it's the artful juxtaposition that really elevates this release.

There's a lot of heart behind the vocal performance and lyrical delivery - especially on the track Resilience - you really get the impression that the vocalist believes in the lyrics and has no reservations with giving them his all. It's so easy to overproduce vocal performances, but I think whoever mastered Hollow and Whole has done a ripper job.

Hopefully, Clove make their way across to Perth soon - but in the meantime, get yaself Hollow and Whole on cassette HERE.

The Hard Word is a rush of blood straight to the head. The Hard Word don't fuck around with getting things going - they shit and immediately get off the pot. What does that mean for a listener? You kinda come out the other end of the EP feeling abused...but also feeling like you need to give the album another spin immediately.

It's hard to comprehend what exactly keeps bringing me back to this release, there's so much densely packed into the seven-and-a-bit minutes, with each moving part equally contributing and revolting against each other. It's a solid body of work with a distinct theme throughout, not simply a collection of tracks - Broken World is my personal favourite track (I'm a sucker for thiccc bassline) - it's high octane, it's meditative, it's cathartic, and it only goes for two minutes. I read another review from Already Heard that described The Hard Word as "feral" - which is exactly how each song off the LP sounds. Feral, unkempt and unapologetically messy.

The Hard Word's self-titled EP is available everywhere - but more importantly, you can get it for five bucks on their Bandcamp, so don't be a crab and go buy it if you enjoy it HERE.

Just go right ahead and add Engage to the ever-growing list of ripper Perth bands that I've been snoozin' on. I gotta admit, the relatively upbeat nature of Engage is a welcome change from a lot of the dystopic punk I've been listening to of late. Youth Crew stuff isn't something I was really into growing up (I was all about that ~ a n g e r ~) - but now I'm starting to realise I've been a fucking idiot to overlook an entire subculture for so long.

Engage's Promo is a tight, three-song release that does a great job of distilling the best parts of the Engage discography into a handy little introduction package. It's frantic, very groovy and I really love the exasperated vocal style throughout. The tail-end of Uncertainty features a very cathartic throw down section which is just such a powerful way to close things off.

Ya boys Engage are playing with Primitive Blast, The Chain & Total Defeat at the end of the month - definitely not one to miss.

... and a shoutout to the Rewind, Repeat Podcast

I've just gotta give the Rewind, Repeat podcast a quick shout-out. Hosted by a bloke who knows a lot more about hardcore than me (and who is also a sick vocalist in his own right), Reyne has created a platform to effectively announce, discuss & dissect all things heavy in the Australian scene. Not only that, but he does it genuinely & earnestly - you can tell the dude cares a lot about what he's talking about. He's kinda like the Joe Rogan of Australian hardcore. So, if you're even slightly into what I talk about, but wanna hear someone do it a bit better, go check out Rewind Repeat. 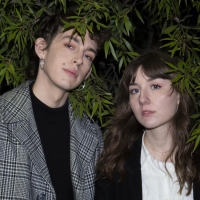 Premiere: EGOISM continue their streak with new single, What Are We Doing?Following on from Enemies and Sorry, the duo's latest single arrives as they play BIGSOUND next month. 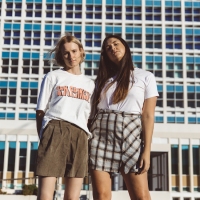 Premiere: Perth favourites Flossy soar with new single and video, Being AloneTeetering on the edge of a national break-out, the adored two-piece - now trio - will showcase at BIGSOUND this September.
Bands