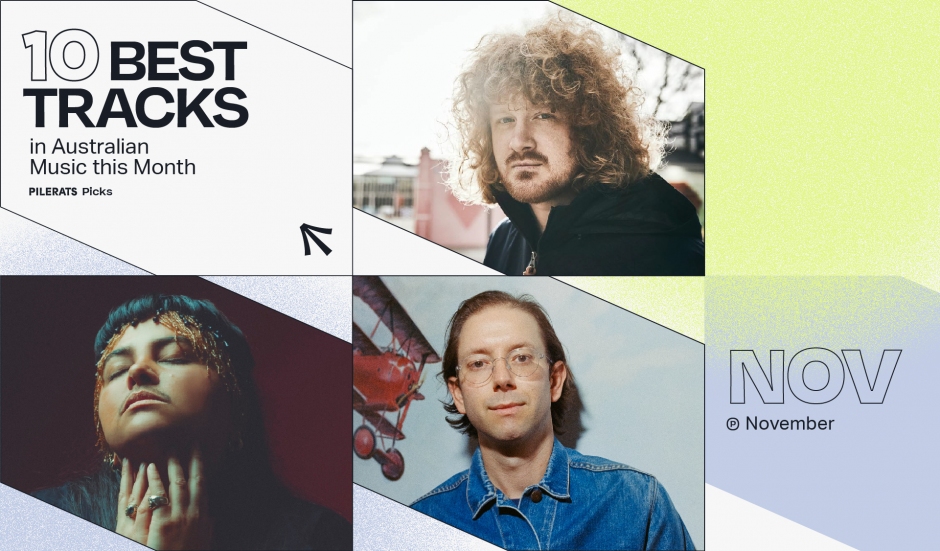 As the end of 2022 grows nearer, Australian artists are closing out the year strong with stacks of fantastic releases from all corners of the continent. The Pilerats team have scoured through and narrowed down our favourite picks for November, presenting the 10 Best Aussie Tracks released in November.

So kick back and press play on a hand-picked selection of tracks from Basic Mind, Enola, KUČKA, Laura Jean, Moktar, Mo’ju, No Zu, Stephen Bailey, Rat Child, and Timothy Nelson.

With a focus on groove, feeling, and precise production, the Boorloo/Perth-based artist treats us to an ambient, electronic, house cut, providing maximum vibes with a minimalistic approach. Closed Gateway is out now via the influential underground label R.A.N.D. Muzik.

Vulnerable and tender, yet abrasive and powerful, this Naarm/Melbourne based musician has fused indie-rock and grunge sounds to yield a sparkling heavy-hitting anthemic release. Working up to a debut LP in 2023, Metal Body is Enola’s second single of the year, exploring the limitations and deficiencies of the healthcare system.

The Boorloo/Perth raised, L.A.-based producer-vocalist follows on from their debut LP with this experimental electronic pop track. Sonically inspired by a .gif of a skyscraper window found on tumblr, with lyrics written by KUČKA and their wife, Not There is a patchwork of experiences forged in a breathtaking, bitter-sweet way.

Naarm/Melbourne’s Laura Jean questions her role as a songwriter and examines the reality of her choices with her latest stunning album Amateurs, the title track encapsulating these themes in a warm hearted, humorous manner, and setting them to string-ladened folk-pop sounds.

The Egyptian-Australian DJ/producer explores his Middle Eastern heritage throughout his passionate and danceable EP Immigrant, a release which you can read all about here. Opening the release strong with the delectable Al-Duqqi, which serves an infectious beat wrapped in lush melodies.

Mo’ju - Change Has To Come

The story-telling singer-songwriter teases the release of their fourth LP with their latest soul-filled, groove-ladened plea to step away from the screens and keyboards, and fight for change. Accompanied by an equally movie music clip - which we premiered here, experience Change Has To Come in all its sonic and visual glory.

A smooth mix of r&b, soul, and blues radiates from this Naarm/Melbourne based singer-songwriter, unravelling tender lyrics delivered through effortlessly silky, emotion-inflicted vocal melodies in Changes, a track from her new debut album My Morning and Afternoon’s Work.

The Boorloo/Perth artist recently released his fourth album G. G. Ryder (which you can read more on here), an LP which features a smooth yet jangly track reminiscent of the 70s; Susie & The Babe. With a feel-driven rhythm, noodling guitars, and layers of satisfying vocal harmonies it’s a sonically satisfying track with an intriguing lyrical narrative.

The award winning singer, songwriter, and multi-instrumentalist releases his first new solo single in two years, an emotional alt-folk styled track that draws inspiration from a sentiment, more than a clear-cut narrative. Premiered a couple of weeks ago on the site, you can read more about forever, lover, whatever here.

Listen to The Best Aussie Track of '22 playlist here: 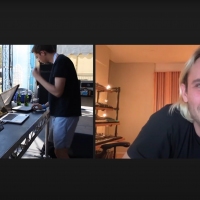 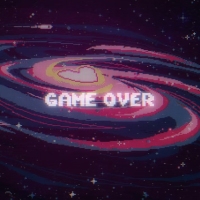 The Top 10 Music Videos Inspired by Video GamesFrom pixel art to nostalgic 3D graphics and IRL game vibes, we round up our 10 faves
Light & Easy