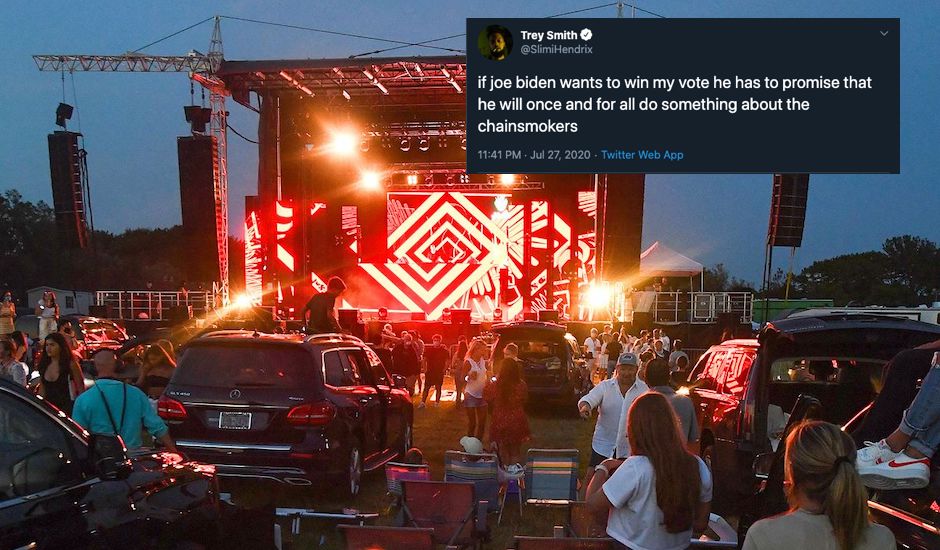 If there's one thing a global pandemic has taught us over the last few months, it's that people are still going to be dickheads. For some reason, despite everything going on, the COVID-19 pandemic has proved a hotbed for all kinds of dodgy behaviour, whether it be as chill as Sunshine Coast musicians sharing songs with anti-vax themes, or people defying stay-at-home orders to shout out Bunnings and Australia Post workers because they don't have the mask they're encouraged to wear (because again, international deadly pandemic).

In the US, however, things are particularly grim, and something that sums it all up perfectly is a Chainsmokers concert. Going to a Chainsmokers album is one thing - their debut album is something that still visits us in sleep paralysis - but on July 25th, a sizeable group of people paid anywhere between USD$1,250 and USD$25,000 to see The Chainsmokers play a drive-in, socially distanced show that turned out to be anything but, with everyone quick to leave their cars and descend to the stage-front as soon as they started playing, as you can see below:

The event was a charity event with the aim to raise money for No Kid Hungry, Southampton Fresh Air Home, and the Children’s Medical Fund of New York, designed to be a drive-in show that - as you could probably expect - looked more like a normal show by the time The Chainsmokers came on stage, with everyone - according to TMZ - rushing to the stage, many forgetting their masks in their cars or leaving them wrapped around their neck / on top of their head.

According to the show's organisers - who have spoken out after the above video went viral across social media - the event was built with all the necessary precautions in line (and what it seems, is that when these precautions were violated, they... did nothing about it): "Upon arrival, individuals within each car had their temperatures taken and were also provided complimentary face masks before driving to their designated 20' x 20' spot. Guests were also instructed that they would not be allowed to leave their designed spots for any reason other than to use the restroom facilities..."

... and to run up the front of the stage to get front-and-centre action to see The Chainsmokers too, obviously.

To make matters worse, the event was just featuring The Chainsmokers. The support act was a seemingly little-known DJ named DJ D-Sol, who as it turns out, is actually David Solomon, the CEO of one of the world's largest banking and finance companies Goldman Sachs, who also happen to have a controversy section on Wikipedia that goes on for miles.

The event took place in an incredibly affluent and up-market section of New York with around 3,000 people in attendance.

Apparently, The Chainsmokers hope to do similar shows around the US over the course of the pandemic, so if paying almost $35,000 Australian dollars to catch coronavirus in a country with shoddy healthcare is your thing, I'm sure you can keep up to date on The Chainsmokers' Facebook page (or, you could just not). 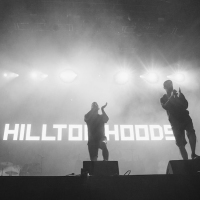 Splendour In The Grass organisers dish the dirt in must-read new interviewIn a career-spanning new interview, the organisers share their favourite (and least favourite) performances, drama behind-the-scenes, and so much more. 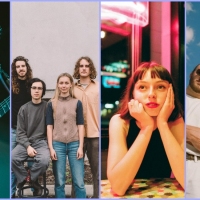 Wave Rock Weekender drop their 2020 lineup, sells out in five minutesThe West Australian festival - an institution for our live music scene - is pushing ahead in 2020, with one hell of a lineup.
News