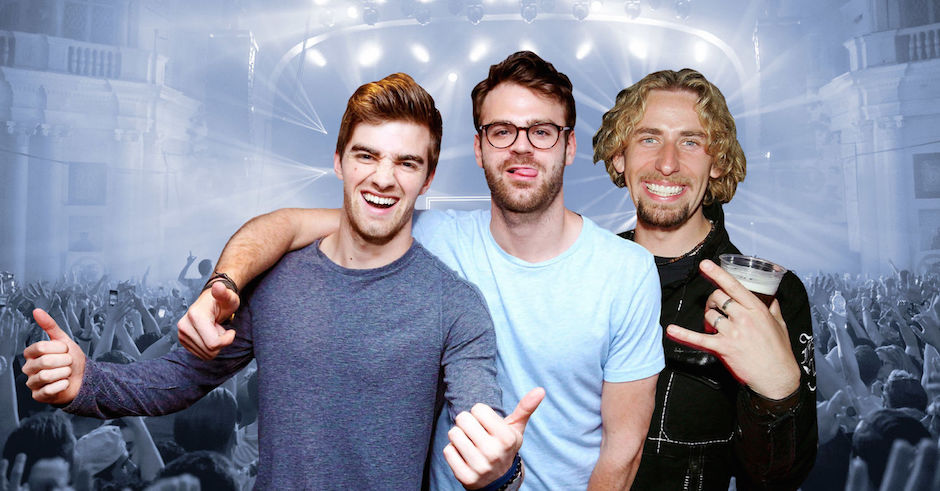 Header image via Esquire - when you Google "Chainsmokers" it's like the fifth one that comes up. How good.

I feel like there's no real need to introduce The Chainsmokers here. The dick-measuring EDM bros have, for better or for worse (probably for worse), taken over the EDM and pop music world with their soppy, synth-saturated odes to breakups, drugs and banging rich girls in the back of Range Rovers. And whilst there are definitely worse things to worry about (Trump's America and Brexit, for example), it's just not great being succumbed to love songs on a daily basis from two frat bros who said "even before success, pussy was number one". Their new album Memories... Do Not Open arrived last week, and look - whilst it definitely will do well within its target audience, it's just not that great. You would think that between 32 credited writers (one-half of the duo is strangely missing from the credits, however) on 12 tracks with collaborations with Coldplay and Jhene Aiko that they could get something right, right? Wrong.

Although there's definitely nothing quite as bad as #SELFIE on it (thank god), there's only so many times that you can regurgitate accessible vocals on totally relatable teen topics like the temptation of cheating on your girlfriend when playing sold-out arenas around the world or worrying that people will only bang you because you're rich and famous, and place them with saturated future-bass and trap drops that sound like they've been pulled straight from a young Soundcloud producer in 2015. Whilst Pitchfork pulled apart the album and its underlying tones in a fairly dismal review of the record, we're not going to beat around the bush here - it's just a flat-out crap album. Taking one for the team in a true, Australian Of The Year-worthy manner, we sat through all 43 minutes of the record (that's 0.75 co-writers per minute of album, by the way) so you don't have to - re-organising the album from shit, to... well... less shit.

I can picture it now. A group of seemingly culturally-aware A&R's in Columbia Records' booming main office, sitting around and saying "hey, who can we get on this Chainsmokers record to make it as widely-adored as possible - from their target audience to their haters?" Apparently, the answer to that is American country duo Florida George Line, otherwise known as that act you always mute and ignore when they play as the token country act at the Grammys / Billboard Awards. I couldn't think of anything worst actually. By this point of the record, you've sat through 40 minutes of cookie-cutter trap with half decent vocals only to be met with another three minutes of it, but with terrible vocals instead of half-decent ones. At least the track title is sorta relevant - this track literally makes me wish it was our last day alive.

Strumming guitar work, lyrics about a break-up of a teenage relationship, an out-of-place, robotic Daft Punk vocal line, another powering future-bass drop - Young literally has it all. Think of it as an EDM modernisation of Wonderwall, but produced by a 21-year-old frat bro called Chad who thought it would be fun to make music in the cool-down period that happens when you swipe right on too many people on Tinder.

This song is literally about sleeping with a girl you've just met on tour, then worrying that they're only sleeping with you because you're a member of The Chainsmokers. I think that says enough.

Oh man, Jhene Aiko was our only hope on this entire album. You've betrayed as all, Aiko.

8. Break Up Every Night

In a parallel universe somewhere, The Chainsmokers make rock music. This is that dreadful parallel underworld leaking a little. Instead of listening to the album version of this song, I highly recommend watch them perform it live on TV - it's a lot more enjoyable in some twisted way:

This is about the time in the article when things start changing from horribly bad to only slightly horribly bad. This song was written by three different people, and produced by two others.

This is practically the same song as My Type, but it was written and produced by seven people instead of five. It's also a little less bad as the other Emily Warren-featuring single, probably for this very reason.

Remember when Coldplay were the critically-acclaimed British masters behind legendary tracks like Yellow and Fix You? Oh, what happened to you, Chris Martin. You were so talented, so, so talented. By far my favourite part about this single is the pre-chorus, where Chris Martin sings in his typical wail "How much do you wanna risk?". I think Something Just Like This answers that question easily, Chris.

Yeah look, this song may be pretty standard The Chainsmokers and it may be about not knowing how to control yourself when you're famous - but the piano melody that subtly sits behind much of the single isn't too bad. That said, if this is the fourth best single on your entire debut album, you probably need to have a serious rethink about whether or not you should be making the album. Oh, and whichever A&R suggested that Andrew Taggart should continue singing despite THAT award show performance with Halsey (below), should probably lose their job - this song might be a little more tolerable - and a little closer to the top of this list - if we just scrapped Taggart's vocals for another bought-out guest feature.

This song actually isn't too bad. The haunting vocal samples that echo in the track's shattering trap drop are pretty cool as is the drop itself (at least it's different and a little more creative than every other trap on the album, right?).

This song is essentially Closer 2.0 but without that crummy Range Rover lyric, which makes it better lyrically by a long mile. This and the following track are the definite highlights of the album though, but I would definitely still give it a swift swipe left if that's how we judge songs, which probably will end up the case in a few years time.

As it turns out, this is the only song on the entire album that's not half bad. It's a slow-burning, piano-driven song about heartbreak and guilt and although the vocal-like synth that sits in most of the song is annoying at best, it's not like it's as bad as an over-paid guest feature by a country duo. Do you wanna know what sucks though? I listened to the entire album, all 43 minutes of its crappy production and forgettable bro-y vocals that for some reason took a small village worth of people to write, only to learn that the best song is the first song. But hey, at least no-one else is ever going to make that mistake now right? 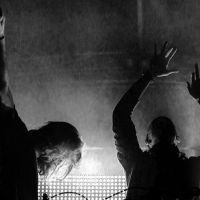 Slumberjack discuss their "mature" new EP and their attempts to build a cohesive live showThe Fracture EP - which features Vera Blue, KLP and more - is out today. 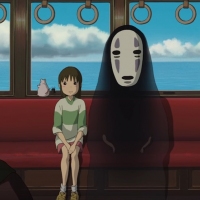