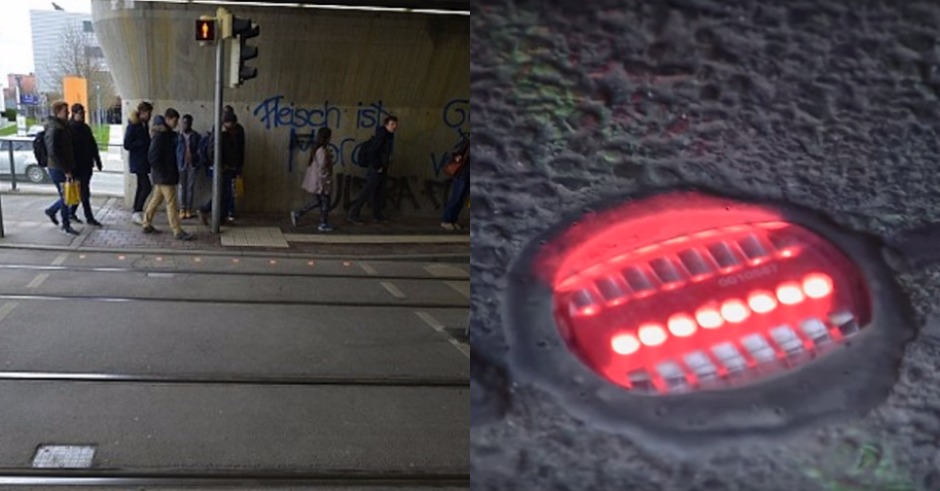 I want so badly to believe that the human race isn't completely doomed, I truly do, but it makes it really, really hard when I see shit like this. In the German city of Augsburg, officials have recently fitted traffic lights that flash red when a tram is approaching; only instead of flashing in front of your face, these warning lights are fitted into the pavement. The purpose? To stop you from being bulldozed by a tram while looking at your phone when you should be paying attention to the road. Smartphone zombies, or "smombies" as they're known in Germany, have obviously become enough of an issue for German authorities to act, but I have reason to believe the smombie virus has already spread to almost every corner of the globe.

Tobias Harms from Augsburg's city council spoke to reporters about the need for the new lights: "We realised that the normal traffic light isn't in the line of sight of many pedestrians these days, so we decided to have an additional set of lights - the more we have, the more people are likely to notice them." Ridiculous as this story may be, this is a genuine and ever growing problem for modern society with no forseeable solution. If the smartphone addiction has become so severe that we now need special traffic lights built into the god damn pavement to stop us from being hit by trams, it's only a matter of time before we see locked boxes in cars to stop us from texting while driving and causing pile-ups on the freeway. I suppose any invention that's going to save lives can only be a positive thing, but I can't help but feel that if your phone has that much of a grip on you, you already have one foot in the grave. 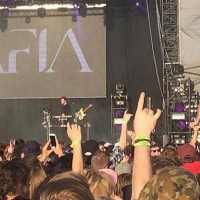 This mad dog did a naked double stack at two Groovin The Moos last weekendAnd he even shaved his head to get through security. 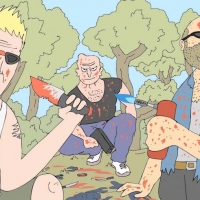