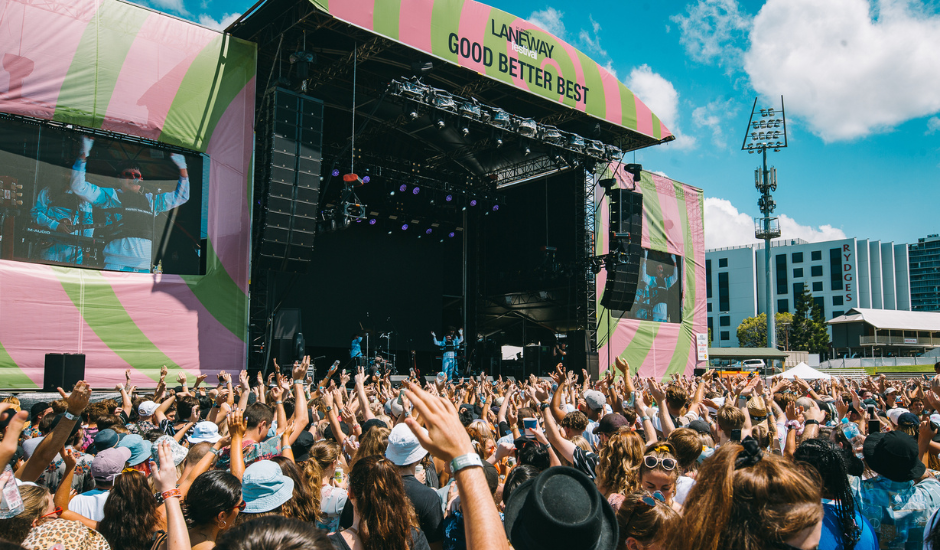 St. Jeromes Laneway Festival is back on Australian soil next month for its 18th year, featuring a huge lineup from across the globe - which we went into detail about a couple of months ago here. Today the festival announces it's all important set times, alongside some fun additions to the all-star lineup, and a couple of changes to who will be appearing in each city.

To get the most out of your Laneway experience, playing times are accesible via lanewayfestival.com or directly to your mobile via the app which is available for both IOS here and Android here. To get you familiar, be sure to take a peep below: 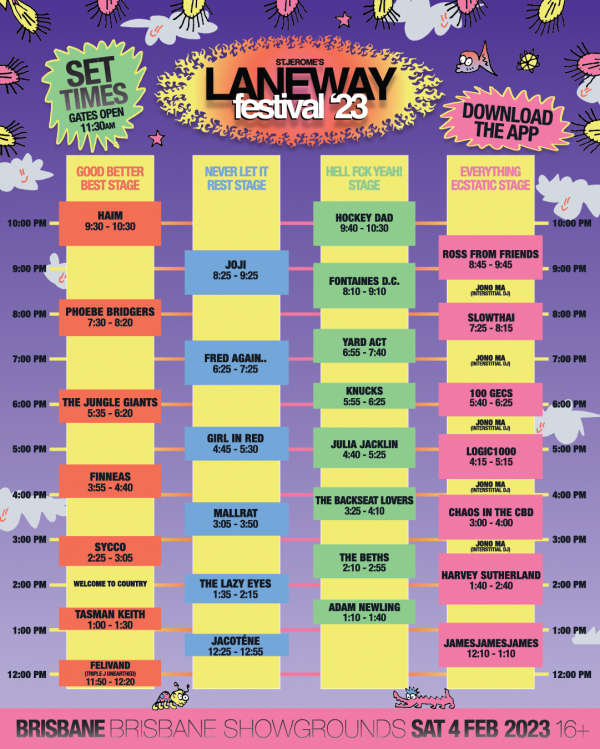 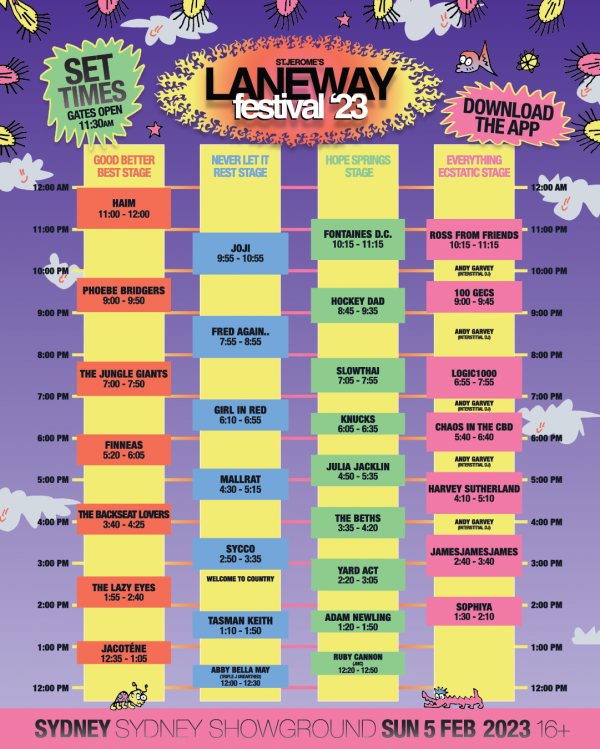 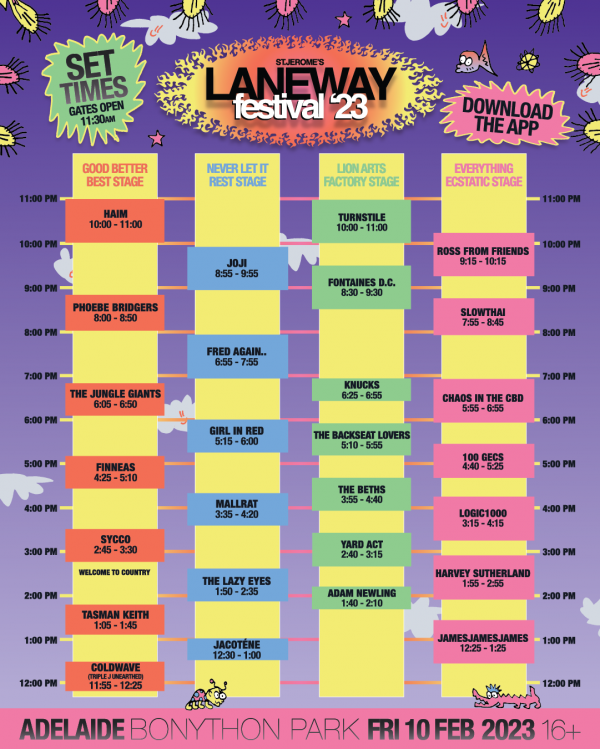 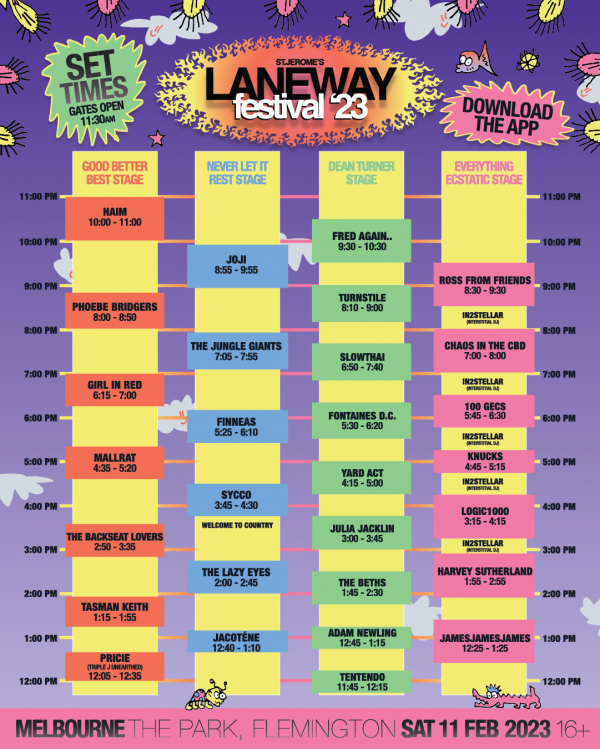 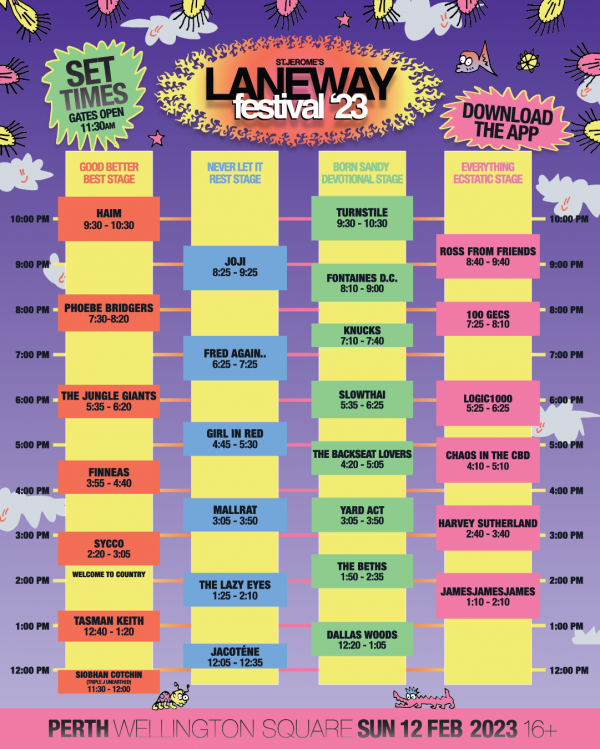 With set times come more to love at each show, as Hockey Dad bring their surf-rock style to Brisbane and Sydney, and singer-songwriter Julia Jacklin bringing her tender melodies to Brisbane, Sydney, and Melbourne. Alongside the previously announced triple j Unearthed competition winners comes some more local love in the form of DJs Andy Garvey and Sophiya appearing in Sydney, Jono Ma in Brisbane, IN2STELLAR and Tentendo in Melbourne, and Dallas Woods in Perth.

Additionally, due to some scheduling conflicts with the Grammy Awards, in which Baltimore five-piece Turnstile is nominated for three of - they are regretfully no longer able to perfrom in Brisbane and Sydney. The good news is that fans can still be treated to their world-class punk energy at a recently announced side-show in Brisbane, with their pre-existing Melbourne and Sydney side-shows now upgraded to even bigger venues.

With limited tickets left for Laneway Festival 2023 be sure to secure yours now here - with Afterpay available, there's no reason to miss out on the good times this summer.

It is also rumored that after-party details will be dropping soon, so be sure to keep up with the latest and follow @lanewayfest below. 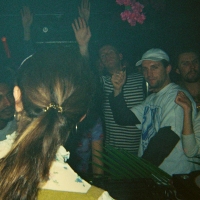 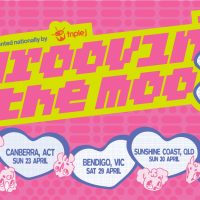