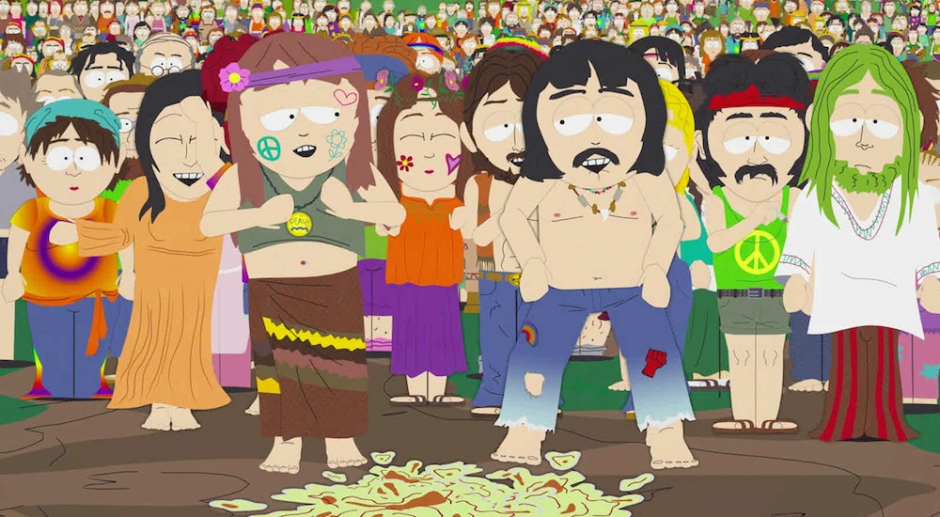 In 1958, British artist Gerald Holtom drew a circle with three lines inside it. This image had the initial purpose of symbolising the Direct Action Committee Against Nuclear War. Later, this transformed into being the international symbol for the peace movement. 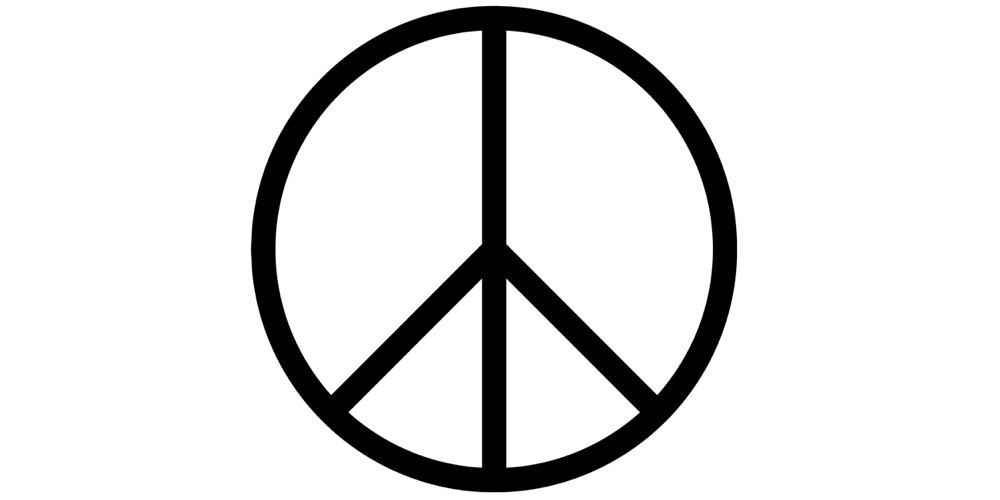 I wonder if he would have ever thought this symbol would be stuck on the back of thousands of diesel Range Rovers being driven by the youth of today, when they retreat from their upper-middle class homes to embark on music festivals that cost close to half a grand for a ticket. Miraculously and sporadically ditching the bottled water and MacBook Pro for three or so days to arrive at a music festival and transform into a free-loving hippie, donned with ready-made flower power daisy chains and a Jack Kerouac book to read over a spliff.

Hypocritical? It may be, as I have been to many music festivals, but when I last encountered “festival goers” I witnessed a girl immediately put on a hemp beanie and Doc Martins before setting up camp. She wanted to seem like she cared about the environment with her head wear, like she loved music by adhering to the ’90s grunge era with her footwear, all the while in deep discussion about how “vinyl is better”. She then simultaneously threw a bottle of water and a cigarette on the ground whilst mentioning that the people of this generation should be more concerned with the environment around them, signing off our conversation with “peace, love and light to you, you beautiful human”.

At that point, I kind of felt like stabbing myself with a wooden fork and it got me thinking.

While the “hippies” from the mid-’60s were a counter-culture that opposed repression and the Vietnam War, surely the 60s was not as cool and authentic as we think, and not all of the population from the 60s were floating about with musicians, reading poetry, and living the ultimate free spirit lifestyle all of the time, with their long hair and their phenomenal boots. Some punters of this counter-culture had nine-to-fiver’s and swapped the slacks for bell bottoms on weekends to adhere to the cool kids of the hippie movement, just like kids from the shiny north shore ditch the loafers for op-shop gumboots for a festival.

Here are a few pointers to obtain this hippy image at a music festival:

- Close your eyes a lot and pretend like your “blissing out” to the music, from the band you’ve never heard of. This will make you look high which makes it seem like you’re having an outer body experience.

- Tell people that you’re not sure how you got there. You were just at the right place at the right time and you got to be at the festival by chance, even though all tickets sold out within 30 seconds. Making it seem like you live in the moment.

- Rub mud on your boots before you arrive so they seem worn and journeyed.

- Say “trippy” a lot and say you’re against the establishment of the church, but don’t tell people you go to Sunday service and voted for the Liberals.

- Mention that you love cats a lot and that you have always wanted to go to Burning Man festival.

- Never reveal that you are allergic to grass.

- Take a course in rolling cigarettes. If someone sees you with a tailored pack, you are committing social suicide. 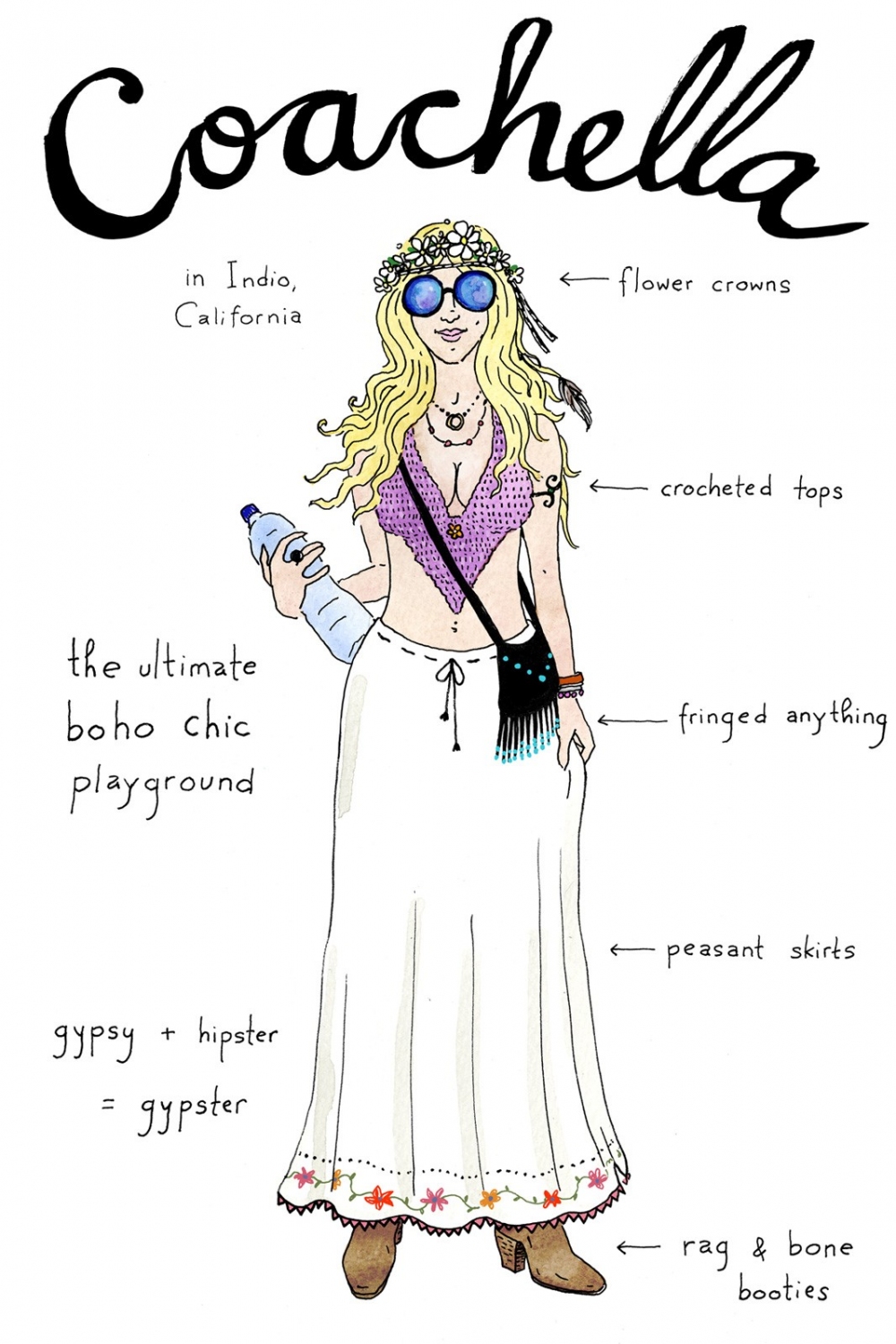 The word “Hippie,” originally derived from “hipster,” and the word originated in the late ’40s. It was birthed in San Francisco and New York by the literary movement, the Beat Generation in the post World War 2 Era. The “beatnicks” of this movement unearthed the free spirit initiative that was against oppression; the “beatnicks” were beaten down or downtrodden, by the tyranny of the “system” that they felt they weren’t apart of. Writer’s like Jack Kerouac, Allen Ginsberg and William S Burroughs were among Beat literature. From this mentality came the true hippie. The true hippie consisted of those who were dissatisfied with the current stance of life that had been built for them; they sought a new way of life that was about nourishing happiness – regardless of what others thought.

These hippies believed that culture was flawed and wanted to replace it with more of a Utopian existence. They were anti “the man,” “Big Brother” and “establishment.” Happiness within themselves was not only important, but also contentment and peace with those around them and the well being of the earth. Hence, vegetarianism and eco-friendliness was introduced and championed by the hippie movement. As was liberation and freedom; sexually, politically and also cognitively, with psychedelic drugs like LSD introduced to expand consciousness and explore the mind.  The “hippie” movement sometimes mirrored that of a cult or a religion with many leaving their suburban homes and joining others in a journey to an alternative lifestyle. However, this way of thinking (hopefully) has now become more normalised, and is not thought of as far fetched as it did from the late 40s – mid 50s.

However, occasionally it seems that being a hippie is a temporary term that is embraced by those who go to Splendour In The Grass for three days – who are now opposing things like the colour scheme that mum picks for their bedroom, instead of opposing say the new mining plans in New England in NSW, the environment was one of the many issues that the hippie movement fought for.

John Sebastian at Woodstock via.

Back then, being part of a counterculture wasn’t a walk in the park (or an easy piece of carob to chew, if you will) and the movement influenced political decisions that had immense impact on society such as civil rights, freedom of speech, The Vietnam War, the environmental movement... Being arrested and punished was more of a regular occurrence for the activists. Now, some consider themselves a hippie if they purchase a commercialised organic spelt loaf of quinoa bread, if they decide to camp instead of stay in an oversized caravan at music festivals; or because they can roll tobacco into a cigarette. When punters embark to a music festival, they embrace their “inner Woodstock” (someone actually said this once), almost yearning to reminisce in the “good old days” of which they were not actually a part of.

The legendary Woodstock that will never be re-lived took place in Bethel, New York in the late 60s where acts such as Jimi Hendrix, Joplin, Crosby, The Who and Jefferson Airplane graced the stage. Where acid was sold for $1, and bare nipples from both sexes slapped against each other during free-loving dances where arms (and sensibilities) were thrown in the air and eyes rolled back into the skull from the pure ethereal spirit of the music. What made it even tastier, was that most of the punters at Woodstock for free because the rich investors who came up with the festival didn’t organise it properly, the attendees were beating the system by just being there.

In saying all of the above, don’t get me wrong... cynicism such as mine is not intended to stain the good intentions and initiatives of people who want to be healthier, environmentally friendlier, be kinder to people, enjoy themselves, experience good music, do and wear whatever they want and have good old fashioned good times. It is a good thing that there is an everlasting positive stamp from the hippie movement, with mentalities towards music, the arts, religion, marriage, sex, the environment or politics been permanently affected and whacked with the good juju stick.

Negativity should not dampen rebelling against something you don’t agree with, or fighting for the rights of people. Being judgemental should not be taken as a good thing after reading this article, it’s not like you have to go through some form of hard tasks to prove yourself before you become a “hippie” because being a “hippie” I believe is just being a human being.

Rather, perhaps next time you are at Bluesfest or Peats Ridge, try and be slightly more genuine. Listen to the bands performing at the festival before you go. Donate to bloody Green Peace. Something. Don’t preach about being anti-establishment when you have seven types of Apple products and three separate Instagram accounts, and don’t proverbially advocate yourself as a free-loving hippie or poor wanderer living on the edge…not when you borrowed your parents’ four wheel drive Merc for the trip to the festival and you live off your parent's income. 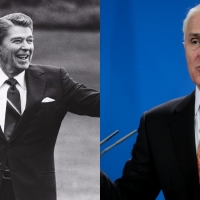 Turnbull’s Trickle-Down EconomicsConvincing the poor that reducing taxes on the rich will benefit them. 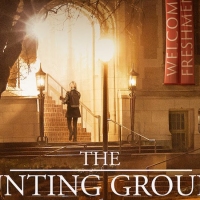 The Hunting Ground: the truth behind college sexual assaultA look behind frats, football and $100 bills.

Finishing her Happier Than Ever World Tour on Australia’s west coast, the 20-year old pop star did not disappoint the roaring stadium of adoring fans.