It's the catchy-yet-melancholy R & B track we've been singing to ourselves for months now (I'm saucin', saucin', I'm saucin' on you..) and it was one of our top tracks of 2015 so far (read what our other picks were HERE), now the 19 year old Dallas-based rapper's single gets the video treatment. In the clip (below), Post Malone - in all his corn-rowed, gold-toothed glory - sings his hit cruising atop a Rolls Royce that's being recklessly driven through the desert, stirring up clouds of dust. He even shoots a few hoops on an outback court, and is pictured on an empty stage wearing an Allen Iverson throwback jersey - both casual references to the basketball player that Post Malone's track is inspired by (White Iverson, when I started balling I was young, you gon' think about me when I'm gone, I need that money like the ring I never won.").

Prior to this official video, there was an amazing video made to the track by a few of Post Malone's fans - the fan-made video features a young protagonist attempting to become his idol, Allen Iverson, with clips of the NBA star's highlights interspersed with clips of the young boy practicing his game. Watch it below, underneath the official clip. You can stream / grab Post Malone's EP here. 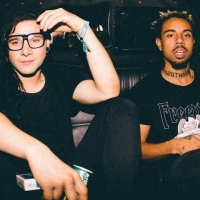 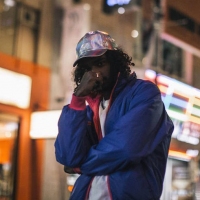