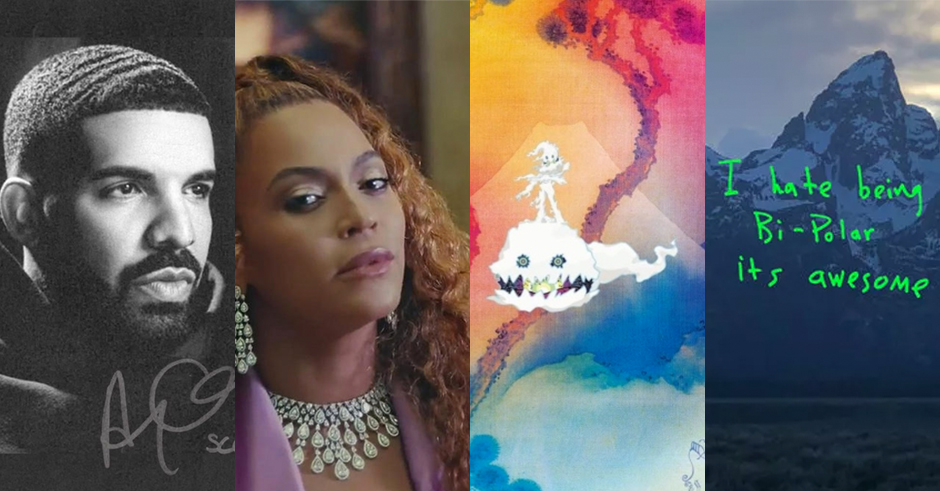 It's hard to find a month more hip-hop-focused in recent memory than the month just gone. From the final weekend of May to the weekend just gone, we were treated to releases by hip-hop heavyweights such as A$AP Rocky, Drake, Beyoncé and Jay-Z (as The Carters), Jay Rock and Freddie Gibbs - and that's not including the botched roll-out of Kanye West's solo album, his collaboration album with Kud Cudi, and the records he produced for artists such as Pusha-T and Nas. It was, at points, overwhelming. Surprise releases and last-minute album drops kept everyone on their toes, and even those announced months or weeks in advance - like A$AP Rocky's experimental latest record TESTING, still didn't get much digestion time before its release was disrupted by the next album, single, diss-track (hi Pusha-T) or controversy.

The month's hectic release schedule meant that we were expected to obtain, listen and process multiple albums in a week, and that's ignoring the multitude of other big-name releases for different genres that arrived throughout June. In turn, it meant that many of us never really had the time to listen to each album and actually collect our thoughts properly. Was Kanye West's messy returning album ye actually bad? Or did we just accept everyone thought it was bad on their first listen, then felt forced to move on to his Kid Cudi collaboration project KIDS SEE GHOSTS just a week after? Actually, did anyone even listen to ye? Or were we more caught up on the fact that Pusha-T might've just announced that Drake had a kid on The Story of Adinon - a news story that dominated hip-hop websites and thinkpiece topics for even weeks afterwards? Reflecting on the past month, it was easy to get caught up in a rush to form opinions and hot takes that many of these albums didn't even get second listens. I mean, even I - someone who lists Kanye West's My Beautiful Dark Twisted Fantasy amongst his favourite albums ever made - didn't re-listen to ye again until two weeks post-release, and the record only ran for 23 minutes. I didn't even listen to Nas' Nasir until last week - how was I meant to when I was expected to absorb a surprise album roll-out by Beyoncé and Jay-Z - two of the most prominent artists in the world - on the same weekend? Plus albums by Rico Nasty and Jay Rock on the same weekend - and all those released in other genres.

So, now that the rush of hip-hop releases have slowed down and every hip-hop-head in the world can take a collective breath of fresh musical air, let's revisit the past month of releases and actually figure out if any of these albums were actually good, or whether it was just all-filler, no-killer.

The first of the multitude of Kanye West-produced albums across June may have actually been the best one. Despite working with only a 21-minute-long, seven-track duration, Pusha-T proved why he deserved a place amongst the rest of hip-hop's elite on Daytona, refining his focus and lyrical dexterity into a short burst of hip-hop energy that was noticeably more polished and concentrated than much of the other hip-hop albums to arrive through June. It's, arguably, Pusha's best work to date. Every second feels important and crucial to the EP's longer arc - even Kanye's Lift Yourself-referencing woop-scoop on the clanging What Would Meek Do? - each second as focused and fiery as the last until the EP reaches its climactic ending epic - Infrared. It also reignited the producer's beef with Drake, which eventually blossomed into one of the strongest diss-tracks of modern hip-hop and eventually, found itself as a significant theme of Drake's own June release Scorpion.

I don't think anyone was expecting the experimental, electronic-infused album A$AP Rocky was set to put out when it was first teased. That, of course, all changed when he dropped A$AP FOREVER, the warped, Moby-sampling return that somehow, managed to combine A$AP's characteristic flow with the soothing, now-iconic sounds of Moby's Porcelain. In full, TESTING was a dynamic and versatile record focused around this solid electronic backbone which switched between restful and low-key to almost-hazardous, such as on the album's thick, bass-saturated opener (and aptly titled) Distorted Records. Through in some unforeseen features from acts like FKA Twigs and even the elusive Frank Ocean, and you have an album that is rich in musical styles and tones - from the almost-unaccessible and disrupting demonstrations of left-field hip-hop to the soothing, often-personal singles which offer refreshing relief.

Many didn't know what to expect from Kanye's most recent record. In fact, many people didn't even know if they wanted to listen to it. In the weeks before its release, the often-controversial rapper confirmed and even bragged about his support for Trump and - of course - his comments about slavery. When it finally dropped, ye addressed many of these topics but did so in a rushed and un-put-together matter. If Pusha-T's slick Daytona was refined and focused, ye was the opposite. It was clumsy and chaotic, and although the album unearthed a complicated and vulnerable side of Kanye that was really yet to explore, its last-minute creation was evident from its first moments - like the alarming album-opener I Thought About Killing You. Over the years, Kanye West has established himself as an artist ahead of the curve. Graduation and Late Registration were two of the most influential albums in recent hip-hop and Yeezus, despite its 'you either love or hate it' feeling, opened up the hip-hop world into experimenting with thick electronica. However, ye shows none of this forward-thinkingness that Kanye has become renowned for. It is, almost definitely, his worst release to date.

Kanye West and Kid Cudi are no strangers to magic when they're in collaboration mode. KIDS SEE GHOSTS, a collaboration project between the two, held promise for this exact reason - even after the botched and personally disappointing release of Kanye's solo album a week before. However, while ye was obviously last-minute and rushed, KIDS SEE GHOSTS was more focused. It's vast and open in sound, glistening in its at-times minimalist tone that forms the perfect backbone beneath some of the most personal hip-hop lyrics in the year. Even Freee - the indie-infused sequel to ye's Ghost Town a week earlier - feels more solid despite its assumingly rushed creation. While it may not have reached the perfect expectations many might've expected from the dynamic pairing, KIDS SEE GHOSTS was, at the very least, a step in the right direction for Kanye.

Beyonce & Jay-Z - EVERYTHING IS LOVE

Surprise-released on an otherwise quiet Sunday, EVERYTHING IS LOVE was the album no-one was expecting. Rounding out the trilogy of the power couple's albums on their marriage - one which started with Beyoncé's Lemonade - EVERYTHING IS LOVE is confident and proud, and just another cement example of Beyoncé and Jay-Z's reign on the top. From the tropical-tinged opener SUMMER - a follow-up of kinds to Lemonade's All Night - to the relaxed and care-free double-punch of BOSS and NICE, EVERYTHING IS LOVE is dynamic and versatile in its sound, capitalising on the highlights of Lemonade and 4:44 for a victory lap of an album that'll go down for sure as one of the year's best. Also, Beyoncé's rapping on APESHIT - the album's quick-paced, The Louvre-filmed highlight - just put her on another level we didn't even know existed.

Beyoncé & Jay-Z's EVERYTHING IS LOVE is... GOOD.

The lead-up to Nas' long-awaited return Nasir was marked in controversy. The lead-up to his album was centred around his assault of ex-partner Kelis, and despite having plenty of opportunities to do so, Nas largely failed to address the allegations both in his music or in statements. Controversy aside, many expected Nas' 11th album to be a masterclass in lyrical storytelling and dynamic production like his past work, but unfortunately, it fell flat. On Nasir, the legendary rapper feels lost and confused. Kanye's productions are too expansive and rushed to hold Nas' flow, with the rapper feeling more and more off-beat as the album continues. Sure, the album has highlights - The-Dream-featuring Adam and Eve one of them - but they're too far few and just not impactful enough to push Nas' returning album over the line.

Rico Nasty is, in contrast to the others in this feature, new to the game. Being only 21 and relatively early in her career as a big-name hip-hop-heavyweight, Nasty never really stood a chance amongst the rest of the releases in June. That said, it still managed to come out one step ahead of much of the rest. Nasty is ferocious and punchy in its sound, with Rico Nasty channelling some of hip-hop's biggest - Nicki Minaj an easy, but proper comparison - to create a record which feels mature beyond her years. While A$AP Rocky's return was undoubtedly versatile in its production, Nasty takes this to the next level. At times, it's stripped-back and reflective, offering vulnerability and restraint as she leans into a more R&B direction. However, each of these emotive-driven tracks is matched with a punchy and masterful twin - no two of them alike. Despite being a small release in the grand scheme of things, Nasty put Rico Nasty above the rest of her league and put her forward as one to watch in the years to come.

Prior to the release of Scorpion, Drake was in a league of his own. The rapper was without a doubt the biggest name in music, holding number one positions with back-to-back singles God's Plan and Nice For What and by the way he was going, Scorpion was shaping up to be the year's biggest and possibly most impressive releases. However, what we actually received was something completely different. Coming in at 25 songs just shy of one-and-a-half hours, Scorpion is bloated and overwhelming - the task of battling the album's full duration more ambitious than much of the album itself. Sure, there are highlights, and condensed down, Scorpion could've been one of the year's best - especially with Nice For What, Emotionless, Nonstop and the confusing Michael Jackson collaboration Don't Matter To Me all featuring. But it wasn't. If anything, it was a lesson not to be overly ambitious and that sometimes, smart and simple is best. At least we have a new version of Happy Birthday to sing now.

Drake's Scorpion is... NOT GOOD. 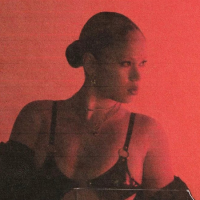 VITA, Revitalised Sydney-born VITA reconnects with her past on the explosive LIBRE, a transgressive EP unlike anything she’s done before. We talk inspiration, influence, rapport, and getting a confidence boost — and a feature — from Meechy Darko. 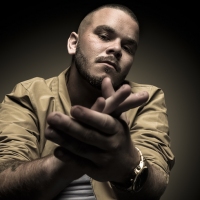