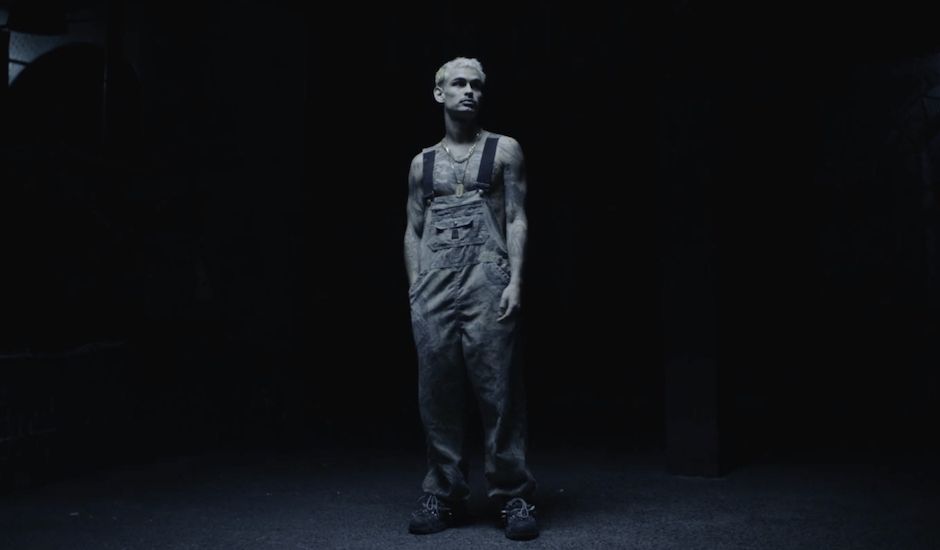 Over the last twelve months, it's become clear that Australia's hip-hop world is hitting a new peak, pushed there by names beginning to make their international mark - The Kid LAROI working with Skrillex and Juicewrld; Kwame playing SXSW; Triple One touring the Europe/UK - while others deepen the talent back home, with a range of rising stars falling into place on almost-weekly level (in the last month alone, for example, we've had new Mali Jo$e, Nooky, Jesswar and more).

Now, however, it's evident that some of the genre's biggest movers behind-the-scenes are catching on as well, whether it be festivals like Rolling Loud grabbing names like Manu Crooks for the international events or moving into an Australian market entirely, or labels like Def Jam - international hip-hop tastemakers behind some of the genre's biggest albums and artists to-date - launching an Australian/New Zealand arm, apparent with the release of Kwame's STOP KNOCKIN' @ MY DOOR! last month.

Today, we're proud to introduce you to Phi11a, a newcoming rapper from Sydney's west who with his debut single Overdose this week, is jumping an Australian break-out and setting his sights internationally from the get-go. Arriving through the newly-minted Def Jam arm, Overdose is an introduction to the rapper and his desire to put that authentic rap flow back into rap music, teaming up with Supah Mario (who counts Young Thug and Drake among his discography), for a track that doesn't let its hip-hop status be overshadowed by the production around it.

"In this day and age, in the climate of hip-hop we’re living in, it’s more important than ever to have bars," he says on the track and what he seeks to present as a new name joining a saturated rap scene. "The new melodic wave is so amazing, but I felt I needed to look back at what hip-hop was founded on, and that was wordplay and bars." Overdose does exactly that. It's chaotic and anarchic, yet everything manages to fall into place simultaneously; a thick, trap-rap production forming the perfect underlay for Phi11a to demonstrate his worth as a rapper and bring that focus back to wordplay and bars.

There's plenty more to come, with Phi11a spending the last few years honing in on his craft with some rap's most popular names, but for the meantime, dive into Overdose below, and better introduce yourself to Phi11a while you're at it:

I was born in Australia and moved back and forth between New Zealand and Sydney. I spent most of my time as a kid inside my head and all I’ve ever really wanted to do was make some sort of positive change. After I got my heart broke pretty bad when I was 21, I decided to focus everything I had on music. Over the past couple of years, I’ve recorded 100’s of songs and I’m now ready to start making the positive change I’ve always wanted to see.

When I was a teenager, I was obsessed with punk rock. One of the first books I ever read was a Ramones biography, so when I was 14 my dad bought me a bass guitar. I was always obsessed with bass guitars, my dad played one and there was always this badass headless bass in the corner of his room. I started playing in my first band like 2 or 3 months after getting that bass and I remember playing til my fingers popped. When I was 19 I heard NWA's Gangsta Gangsta and decided hip-hop was more badass than punk rock, so I started learning to rap.

I still love both genres and will always pay homage to the things I find true in both.

I only write lyrics and melodies! I used to make music myself but decided if I focused all my efforts on what I really loved and was good at it would make things easier to create and also more collaborative, because I always need a producer/engineer. To write my shit I just have to be alone, I need a blunt and I need good beats. However, you can’t always choose when you can be creative. Sometimes I try to force it and it sounds like shit, then other times I won’t be thinking about writing and it just hits me.

Can you tell us about your new single, Overdose?

Overdose is an introduction. I have been working so long on a solid plan of how to release all of my stuff and this is the first step. It’s a long-term goal I have in mind and I think that it sets up the second single very well. I just rapped as hard as I could, I remember telling Supah Mario, the legend who produced it to keep shifting the BPM faster and faster until it is what it is now. The video for it got turned around in three days too, we got really lucky with the team and the whole collaboration just really worked!

Currently, my management and I are looking at what’s been presented to us and considering what the best options are! There are some really exciting opportunities coming up and I can’t wait to announce what we’ve been planning! Next month I’ll be in America again to set some more things up but expect something big in November!

I just plan to end the year on a high note with a couple more releases and remain composed throughout. Christmas and New Years are always a big deal for my family and I, so will be spending some time with them over the holidays. A lot more recording and some big shows too, I can’t wait to show you all what’s been up.

Right now, we are on all platforms and getting ready to release a lot more music, but if you haven’t, check your preferred streaming site now for OVERDOSE! 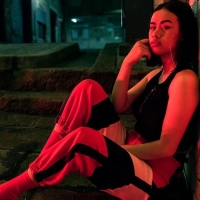 Introducing A.GIRL, the rising R&B mastermind from Western SydneyOff the back of her latest single Play, the R&B star-in-the-making will play Sydney's Listen Out leg this weekend. 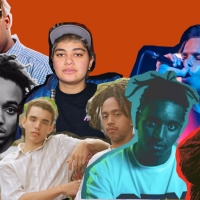