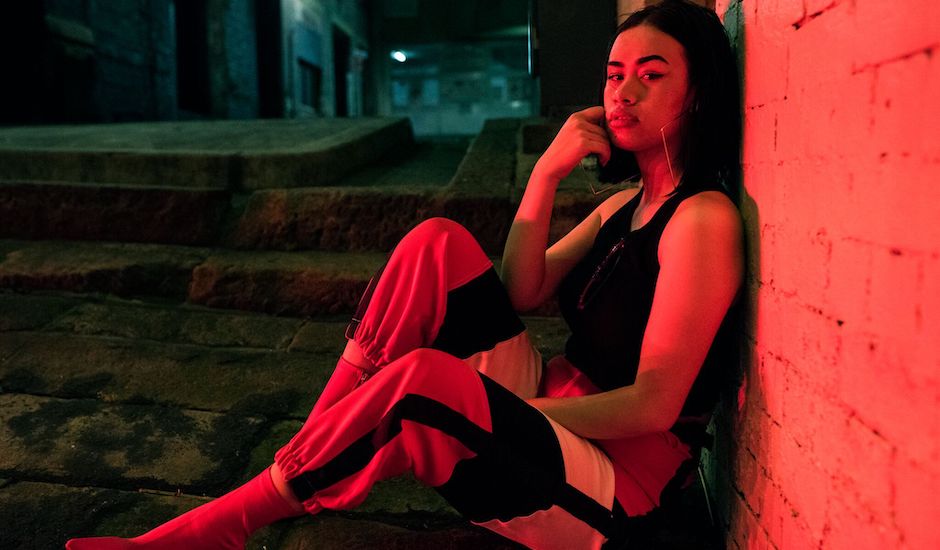 Sydney-based musician A.GIRL is doing something special, and people are starting to catch on. With just two songs under her belt - August's Play and her debut single 2142 before that - the Western Sydney-based musician has emerged an exciting new name in Australian R&B, capturing the grace and confidence of musicians like Ari Lennox but through a distinctly Australian lens, doing something remarkably different. It's paying off, too. After a bunch of launch shows for her latest single back in September, this weekend will see her play at Listen Out as Sydney's triple j Unearthed winner, while crowds at BIGSOUND and King Street Crawl have emerged fans following stand-out performances.

On the recorded format, such as on Play for example, A.GIRL's music pairs rich songwriting with gentle R&B sways and thick, hip-hop backbones, finding common ground between these sounds as she pairs together influences to create a mood that sits within her own realm. It's part-flirtatious but dead-confident and tall-standing, like how Megan Thee Stallion - as a rap comparable - can light-heartedly rap about having a Hot Girl Summer while delivering one of the year's catchiest, earworming rap songs in the process. A.GIRL is similar - albeit more R&B-toned than rap - and her music is just as catchy.

The latest thing to come from her camp is Play's official video clip, which shot at Sydney’s Golden Age Cinema and Bar, delivers a lesson of pose and craft as she puts on a show. "Play has two meanings in this song and the video aims to guide the viewer into the flirtatious meaning without being explicit," she says on the single and its official video clip. "Also, the cat's name is Tinker Bell or "Tink" for short. It’s my little sister's best friend's kitty, the day of the video shoot was Tink's first-ever road trip."

Dive into the clip below, catch A.GIRL at Listen Out Sydney this weekend, and better introduce yourself to the R&B star on the rise as she plans her next steps.

I’m A.GIRL from the beautiful streets of 2142 in South Granville, Western Sydney. Maori blood runs through my veins, and I’m proud of it because my family means the world to me. I am a big adrenaline junkie, so I will do anything that could almost kill me to feel that slight but addictive buzz. It’s actually really bad because I’m constantly worrying about my mum - sorry mum! My favourite cuisine is Italian food – any type of creamy pasta, to be honest. Last but not least, you must know that I’m almost always hungry.

The music vibe right now is R&B with hip-hop influences, but I’m very versatile in what I create. I’m exploring my sound and myself as a musician, so I’m still evolving. I honestly don’t think I’ll ever stop evolving. As far as what music I listen to, I think I switch it up a lot according to my moods.

When writing, I like to mess with the melody first. The next step is definitely finding the theme of the song. When it comes to the production side of things, it’s just a matter of sitting right next to the producer and going through hundreds of sounds. It’s a process of elimination: picking the right sounds, finding the best 808’s, choosing the right synths and samples etc. It’s a difficult process, but once we find a good fit, BOOM! We’ve got the foundation of our song.

Can you tell us about your new single, Play?

Play is one of my favourite songs when I’m in my ‘hot girl’ summer vibes. It was one of the most awkward songs to start writing, because I wrote it with my mum and my little sister. We were like ‘let’s make a sexy song!’ Anyone that knows me knows that I have trouble tapping into the sexy side of my persona, but we finally got it. The vocals on this track are like butter to me. Sometimes I forget it’s me who’s singing, and I get lost in the song when I listen to it.

At the moment, I’m in tunnel vision mode getting myself prepared for my next gig at Listen Out. My band and I have been rehearsing non-stop for this gig. We are all so excited to go together for the first time. As best friends, as musicians, and also as fans.

There will definitely be more shows coming up, but as of right now, all eyes are on Listen Out.

The rest of 2019 is all about releasing new music and writing new songs. I will be writing and collaborating with different artists, which will allow me to continue discovering my sound, and experimenting with my creativity and my voice.

You can also expect more live shows this year. Performing live is my cream and butter. I absolutely love singing in front of an audience. There’s just no other feeling like singing your own songs live and seeing how your audience connects with your music. The freedom I feel when I’m up on the stage is crazy.

You can find all of my songs on music platforms such as Spotify, Apple Music, and on my website. I’ll be announcing my upcoming releases through all my socials, so stay tuned. 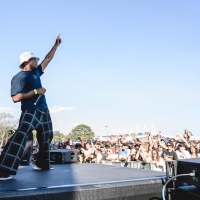 Listen Out 2019: How rap's collaborative history stole the showAs expected for a lineup including many of hip-hop's brightest flames, Listen Out was overpowered by rap music's dominance. 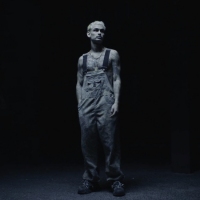 Get to know Phi11a, who signs to Def Jam ANZ with his debut, OverdoseThe Australian rapper's debut single is produced by Supah Mario, who counts Young Thug and Drake among his discography.
Rap / R&B