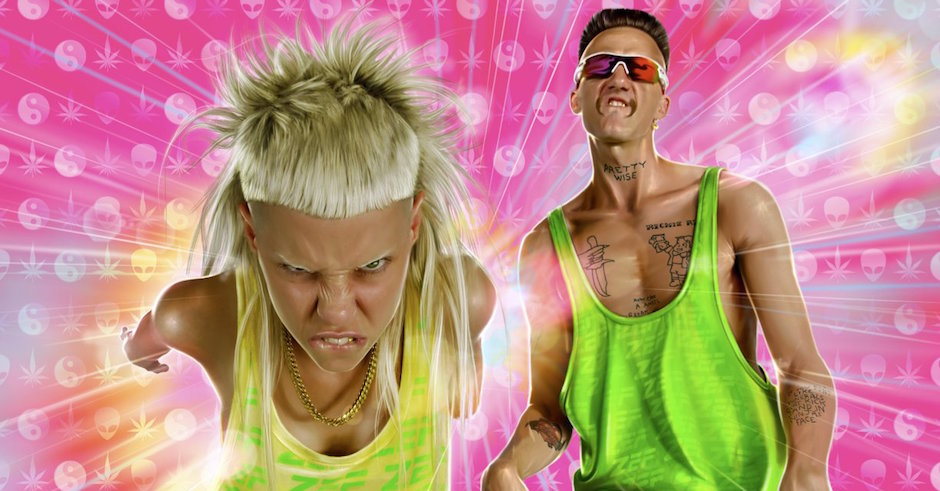 September has been a very busy month for music, with the excitement still yet to continue on in the next week with releases such as Danny Brown's long-awaited fourth studio album Atrocity Exhibition, due for release September 30, and Listen Out set to kick off in Melbourne tomorrow — featuring such acts as Bauuer, Yung Lean, A$AP Ferg and Travis Scott.

But if all of that excitement seems a little too much for you, just take it all back to basics with this list of party starting jams and dance your ass off.

When the tracklist for Brown's upcoming album Atrocity Exhibition was revealed just over a month ago, one track stood out more than any other — and for good reason, with the Detroit rapper enlisting two TDE talents in Kendrick Lamar and Ab-Soul to go along with Odd Future alum Earl Sweatshirt. As far as all-star casts go, it's hard to go past the four names on this track, linking up over a menacing Black Milk production to put forward one of the singularly most intelligently crafted hip hop songs of the year. With this latest release, it certainly seems that there is no question that Atrocity Exhibition is poised to be one of the year's best full-length releases.

Back in May, Atlanta up and comer Nessly released one of the year's most surprisingly solid mixtapes, Still Finessin', the highlight of which was a brilliant collaboration with 2016's hip hop viral sensation Lil Yachty. Earlier this month, the collaborative track received a trippy animated visual, which serves as an exquisite introduction to the talented, yet divisive, up and coming pair for those somehow still unfamiliar.

Didn't we already mention that Lil Yachty is a viral sensation? Sure enough, the 19 year old has seemed to pop up everywhere in hip hop this year, including a brilliant turn on Chance the Rapper's Colouring Book released earlier in the year alongside fellow viral hip hop talent Young Thug. Earlier in September, Yachty reappeared alongside the aforementioned Young Thug on a brilliant collaborative track with powerhouse producer TM88, who has previously produced for artists such as Future, Travis Scott and Drake. This latest feature is proof in the pudding that Yachty's talents continue to grow, and further evidence that Young Thug is one of hip hop's greatest talents in 2016.

Earlier this month, former Cash Money Records artist Tyga was announced as the latest signee to G.O.O.D. Music, on which Tyga can consider artists such as Kanye West, Pusha T and Big Sean as labelmates. In celebration of the announcement, Tyga dropped this collaboration with fellow G.O.O.D. Music artist Desiigner, on which Tyga sounds as inspired as ever, suggesting his new partnership with G.O.O.D. may yet result in a reinvigorated sound for Mr Kylie Jenner... I mean Tyga. If nothing else, it's always good fun hearing Desiigner on a track.

At the tail end of August, hip hop duo Rae Sremmurd released their highly anticipated second studio album SremmLife 2, which featured collaborations with artists such as Juicy J and Lil Jon, but reserved the best feature for this track with Atlanta hip hop legend Gucci Mane on the anthemic Black Beatles. The track is set to get a new boost with the freshly released visual, providing a glimpse at all of the energy and enthusiasm that set Rae Sremmurd apart in hip hop. Further to that, however, it's yet more proof that Gucci Mane is a transformed artist since his release from prison earlier in the year, and hip hop is all the better for it.

Thanks to the successful release of debut album Summertime '06 last year, and his brilliant EP Prima Donna at the end of last month, Vince Staples is finally getting the mainstream shine that he has deserved since earlier efforts such as 2014 EP Hell Can Wait and 2013 mixtape Stolen Youth. Indeed, hip hop fans have been waiting for the music world to catch on to the talents of Vince Staples since the Long Beach native's show-stealing turn as featured guest across Earl Sweatshirt's debut album Doris — released in 2013. Sure enough, it's long since Staples season now, with the artist having shown up on tracks by acts such as Flume, Clams Casino and this turned up jam with Miami electronic duo GTA, from their upcoming album Good Times Ahead. Good times, indeed!

Completely by surprise, Die Antwoord came through last week with arguably their best album, and one of the year's most enjoyable, with fourth studio album Mount Ninji and da Nice Time Kid. Amid rumours of a possible break-up (later denied), the South African duo continue to show themselves to be one of the most enjoyable, energetic acts across all genres of music, perhaps best exemplified on album highlight track Banana Brain.

And if the album, or the track, don't get you excited enough for Die Antwoord's upcoming appearance at Perth's Origin NYE, you can bet that the below video of the duo's showing on Jimmy Kimmel Live certainly will. 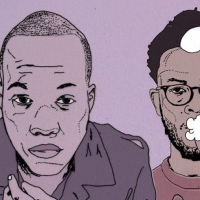 Listen to a new track from Knxwledge and Anderson .Paak's colab project, NxWorriesTaken from their upcoming debut LP, Yes Lawd! 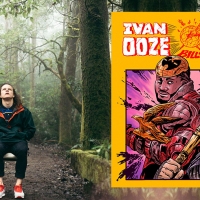