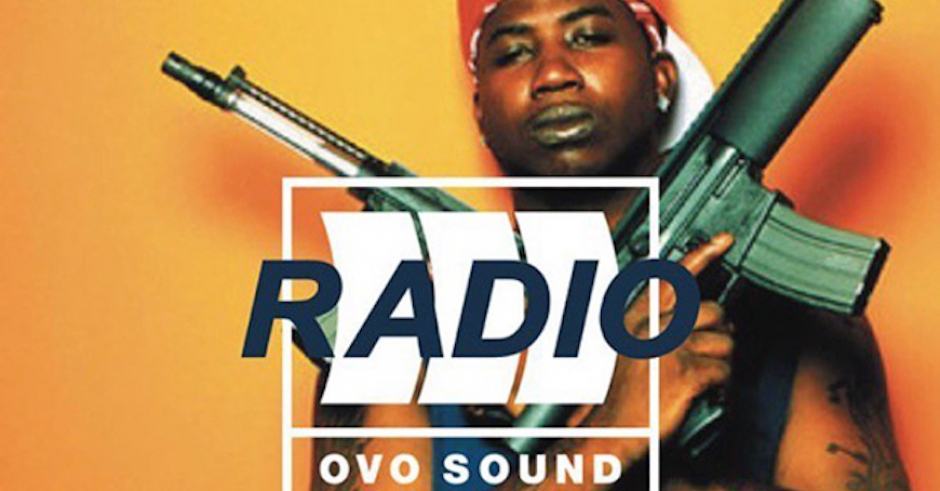 Any time Drake is slated to take the reins of his label’s weekly OVO Sound Radio segment, we know from previous experience to expect a lot of surprises, and even more hot fire. The segment’s history boasts the premieres of such big singles and/or surprises as Hotline Bling, Right Hand, the Meek Mill response track Charged Up, Roy Woods’ Drake featuring Drama, Pop Style and many more.

The show has quickly emerged to be, arguably, equally as exciting as Drake dropping a new single, or a new album (maybe mostly because Drake has the tendency to drop his new singles on OVO Sound Radio anyways). Today’s episode, the 23rd in the series, is no small exception with Drake handling the first hour of the episode - and proceeding to drop a series of fire new offerings.

Gucci Mane & Drake - Back On Road

It was less than a week ago that Gucci Mane secured his release from an almost three year long prison stint, but you’d certainly never guess it. Having released single First Day Out Tha Feds earlier in the week (as in seemingly within one hour of having returned home), Gucci returns via OVO Sound Radio with a hot new Drake-featuring single. With Drake dedicating much of the episode to Gucci previous to this song’s drop (Drake took his opportunity to play the aforementioned Gucci single as well as some of Gucci’s older ‘classics’), it shouldn’t be quite so surprising that the pairing made time to link up for a track of their own. What might be surprising, however, is how good it is.

Backed up by what sounds a lot like a pan flute, as well as the to-be expected conga-line of meaty bass thumps, the Boi-1da/Murda Beatz produced track sees Drake and Gucci particularly using the track to cathartically vent some attitude, and send out a warning to the streets now that Gucci is, indeed, ‘back on road’.

Having been teased for a short while now, Drake finally gives a listen to Justin Bieber’s official offering to Drake’s smash VIEWS single One Dance, already featuring WizKid & Kyla. Since the Biebs himself seemed to hint that this would drop today, it should perhaps come as no great surprise.

What might well be most surprising is how well Justin Bieber handles the track, seemingly carrying on the form the Canadian pop superstar brought to last album Purpose, which had single-handedly managed to turn even some of the biggest Bieber-haters in to *gulp* newfound Beliebers. While we aren’t given a proper idea of how Bieber’s verse might fit in to the final recording of the One Dance Remix, it’s certainly no understatement to suggest that we have been given a tremendous idea of just why the collaboration was so anticipated.

VIEWS hasn’t even been given a chance to collect any dust, and Drake is already releasing new solo offerings, letting new track 4PM In Calabasas loose on the world. Ghosted through the track by a groovy, blues reminiscent bass-line, Drake takes the opportunity to air out some grudges, some concerns and explore some bragging in the process, “I tell you my life and y’all don’t believe me when I say it”, Drake raps, “just total the hits and see what you find”.

Ditching the chorus in favour of an offering best resembling an off-the-dome, from-the-heart freestyle, Drake sounds on 4PM In Calabasas as though he hasn’t lost a step since the release of VIEWS. With many reviewers (myself included) remarking that Drake’s VIEWS appeared to be holding back, and Drake having hinted at dropping another solo project later in this year, could 4PM In Calabasas be a sign of things to come?

Drake took his opportunity at the helm of OVO Sound Radio’s latest episode to remind the world of the heat that he and DJ Khaled let loose on the world yesterday, with the groovy, dance prompting For Free hitting the internet (available for purchase on iTunes, or unedited streaming on Apple Music & Spotify). With DJ Khaled wisely not intervening on Drake too much, besides the occasional Another One and some useless gibberish at beginning and end, Drake recalls a Kendrick Lamar To Pimp A Butterfly track by shouting out “And like your boy from Compton said, you know this dick ain’t free!”

Roy Wood$ - Gwan Big Up Yourself

A label member of OVO Sound, Roy Wood$ took to Apple Music to premiere his latest single just moments before Drake stepped in to the overseeing role at OVO Sound Radio (with Roy Wood$ himself later taking over after Drake’s hour was done). A dreamy, calypso R&B offering, not far removed from Drake’s own Controlla track or even the above mentioned One Dance, Roy Wood$ is a vastly different talent to OVO’s headmaster, but one with a sky high ceiling so far as his potential goes. Available for streaming in full via Apple Music or for purchase via iTunes now, hear a 30 second snippet of the OVO member’s new single below.

Another lesser known member of the OVO roster, Mike Zombie (signed to the label predominantly as a producer) of “Zombie on the Track” also took to the internet to drop a new track. Recently, Zombie has forayed out from behind the scenes and to the forefront, proving himself a competent rapper in his own right. A different vein to any, and all, of the above entries from OVO Sound in the past 24 hours, ‘Cookies’ is nonetheless a worthy addition to this list and a solid introduction to Mike Zombie for anyone as yet largely unfamiliar.

Also that single artwork might just be the best thing to happen to me, or anyone, ever. 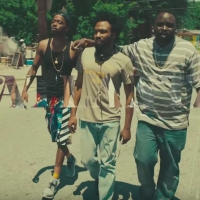 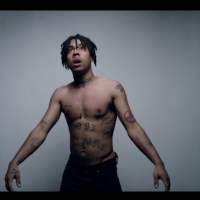