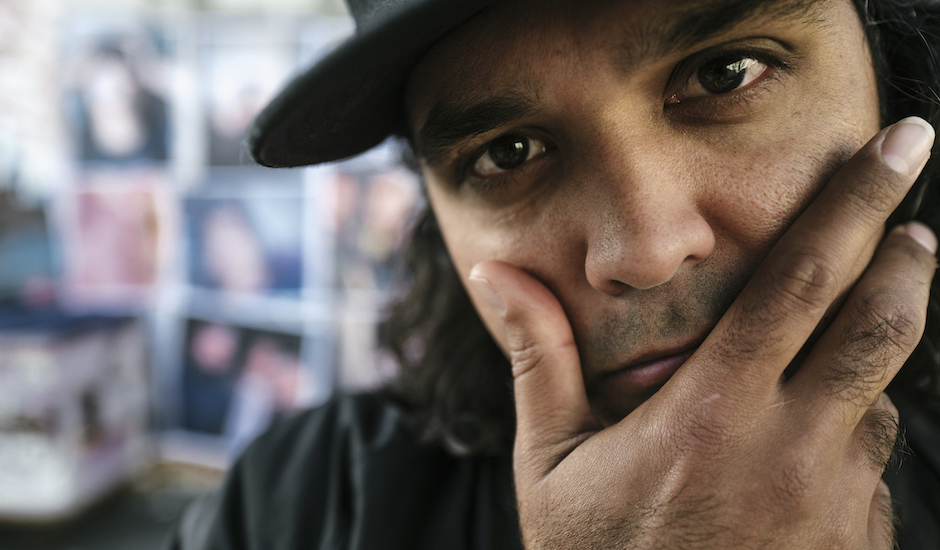 A couple of weeks back saw the release of Northern Territory-based rapper BIRDZ' debut LP, Train Of Thought, a stirring 12-track record that pulls no punches with an in-depth examination of Indigenous Australia. The strength in the record isn't that BIRDZ doesn't necessarily take the role of educator telling you what's what, more simply (and effectively) he provides an incredibly poignant insight into his own life, and the personal element of Train Of Thought  - alnog with some incredible production work from some of this coutnry's finest, is where the album really shines. And while the themes running through the album are laid bare in the songs' original forms, we're grateful today to be able to go a little deeper, thanks to the insightful track by track you can tuck into below:

It was one of the first songs I wrote for the record and we always thought it'd be a dope way to start the album. A stream of consciousness that works as an introduction to my story as well as the album. Shouts to Yello of B2M who also performs the additional vocals and chant - absolutely killed it. The Northern Territory being where I grew up, I wanted to highlight that connection on the album and Yello really helped bring that feeling home.

A testament to where I've come from and where I'm at as an artist - an uplifting anthem representing the Bad Apples Music movement. Signing to Bad Apples is one of the best things I've ever done and I'm excited to take it to the next level with the Fam.

I love this joint. Also one of my favourite Daz beats so far. It's a feel good banger with substance. Again one of the first songs I wrote for the album and it immediately felt like a good template in terms of what I wanted to say on the overall record and how I wanted to say it - lyrically it's addressing some serious issues but the music is upbeat and it's one that people can't help but bop their heads to. Hopefully listeners catch the knowledge and insight that comes with it.

The theme behind the title Train Of Thought is just trying to highlight what the creative process was like for the record. I didn't write any of the lyrics down for any of the songs - I just wanted try and to tap into my thoughts and let them flow without censoring myself or thinking too much. It's also just what felt the most natural... Whatever came out I'd try make sense of and tighten up until I was happy with it. Creatively it allowed me to express what I wanted to and feel uninhibited in the process... As well as be more free with melody and flow etc.

It's a coming of age story that speaks to my time growing up in the small town of Katherine, Northern Territory. An upbeat way to share some of my experience growing up Aboriginal in a small town in the NT. The good times as well as the not so positive experiences had.

Rise is the story of three generations - my father, myself and my son. For me it's really about acknowledging my father, everything that he's been through, his strength to overcome and provide opportunity for his family despite the odds that were stacked against him from day one. Family is my main inspiration and I feel as though it's my responsibility now to pass on the knowledge and wisdom my father taught me and share it with my son... Ensuring we as a family go from strength to strength and empower one another for generations to come.

This is what working in a job you don't like for close to nothing sounds like... Or at least for me, when you turn that frustration into a positive and make a banger with a hip hop legend and hands down my favourite producer in Australia - Daz. Also the synth line played by James Mangohig after the bridge is easily one of my favourite things about the album - G FUNK.

One of my personal favourites on the record. Being Aboriginal and also being of mixed heritage, since a very young age I've dealt with more than my fair share of questions and people projecting their own ideas of what I'm supposed to be... Which I now know usually comes from a place that harbours their own insecurities, fears and ignorance. Basically, this is a catchy banger about that. Also featuring my brother, Nooky, with a killer verse that sheds light on his own experience.

Performance and delivery wise, I feel Misfit is up there with one of the best I've written. What you hear on the album is from the first time I came up with it and recorded it at home. The demo takes captured such a raw dope vibe that we just ran with it. I had a few drinks and just really zoned out. I love the lazy (drunk) flow of the verses, up against the intensity of the hook. It turned into a man in the mirror type of joint, drunk with my own thoughts. Also for me it's a perfect example as to why vibe and feeling should always be the main ingredient to a good song.

The Other Side feat. Caiti Baker (prod. James Mangohig):

This joint first appeared on Sietta's Invisible River. James and Caiti hit me up about three or four years ago and asked if I would be interested in remixing it for an EP they were thinking of doing at the time. It's my favourite Sietta song and I feel blessed to be able to be a part of it and create music with close friends I've known for such a long time. For whatever reason, the EP didn't happen but we all still really loved the remix and always kept it in mind as something we wanted to finish and release. It's my own spin on the grass is always greener thing, grinding for success and the friendships you gain and lose along the way - lasting and failing, ups and downs.

Probably one the most important songs I've written. A product of pure frustration, anger and sadness... At the time I wrote this, the Black Lives Matter movement had really started to gain momentum around the world, particularly in the US, and I just wanted to remind people of what's been happening here in Australia for over 200 years. Still no justice, still no peace.

This is my heart. For me it's equally the best song I've written and the hardest song I've ever written. Easily three-four years in the making - from the first time I came up with the verses to hearing the final mix. We knew it was something special so we wanted to take our time with the production and not rush anything. We came back to it a bunch of times and just chipped away at it piece by piece. It's a deeply real and vulnerable record to write let alone to share... It can be hard to talk about with people who don't know the story behind it. But at the same time I feel as though it's a story that's been suppressed for so long and needs to be told.

Sat 18 Nov - A Weekend In The Gardens, Melbourne 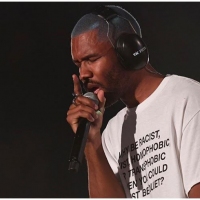 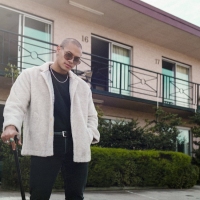