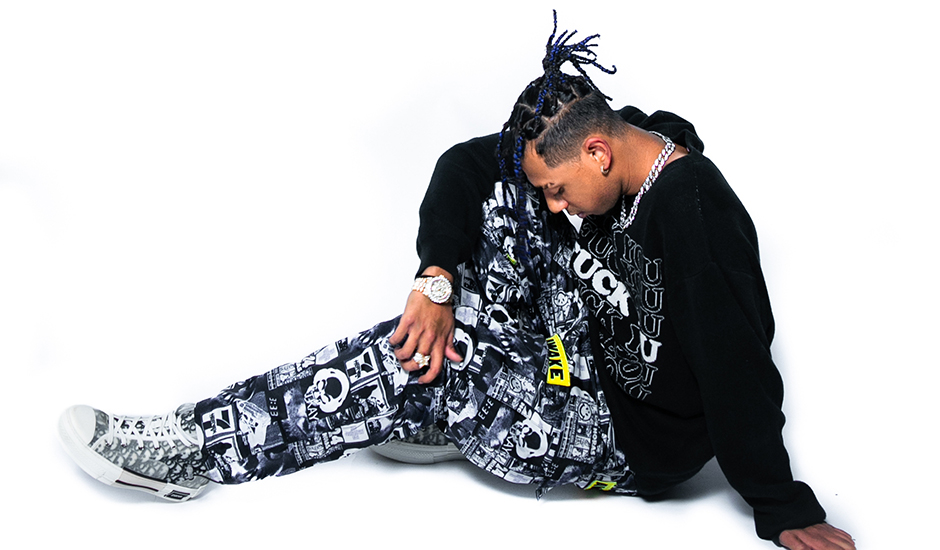 It doesn't take much reading around to work out that 18-year-old multi-hyphenate Sahxl is someone destined for something brilliant in the years ahead. For starters, the Sydney musician has spent the last few years collaborating alongside Khaled Rohaim and Haan, two production heavyweights in Australia that have songs by Rihanna, The Kid LAROI, Polo G and more amongst their discographies. Then, you read about the drive and determination that Sahxl already exhibits on his own, founding creative collectives and building artistic communities all while developing his sound and own image too.

It's something that we're beginning to see unveil throughout 2021, when the labour of Sahxl's last few years begins to unveil, and we're able to piece together the brilliance that points towards Sahxl being a breakthrough artist to watch in the year ahead. It began at the tail-end of last year, actually, with an introductory freestyle - The Kid Freestyle - introducing Sahxl and his lyricism for the first time. Then, back in April, came the release of DEMONS, Sahxl's first official taste and a glimpse of everything the musician promises to showcase within his work.

His new single C4 came out on Friday, and if nothing else, it solidifies Sahxl's craft in everything he does, and further positions him as an explosive entrant for 2021 - one worthy of your attention. It's a genre-blending return from Sahxl, re-inforcing the lyrical emphasis of his past work and how he brings it to life through this kind-of woozy, alt-rap sound, with hazy melodies swirling amongst a hot-bed of bass kicks, claps and snare; Khaled Rohaim and Haan flexing the production skillset on the song, in a way that Sahxl manages to navigate with ease.

"C4 started as an idea in my room," he tells us on the single. "I talked to one of my mates Haan who lives in LA and we decided to turn this idea into a song. I’m excited to get it out into the world and share it with my audience and friends and family."

The single arrives with an official video clip from 506 Flow Crew, a collective of-kinds that Sahxl developed while still in high school, with the focus of uplifting creatives in his community through support and collaboration - adding yet a further dimension to the musician's already multi-faceted nature.

You can take a dive into the video below, but for now, there's not too much else to say other than the fact that Sahxl is someone you're going to want to have on your radar. Introduce yourself to him below, as he begins to take on the world:

My name is Sahxl, I like to make music and I’m an artist from Sydney.

My music covers every type of thing a human being goes through. That’s what I always try to put into music and where my inspiration comes from. My music will always cover everyday normal human experiences – love, happiness, pain, triumph. I use music as an outlet to explain how I am feeling and it's always the realest it can be. It’s a moment captured that will live on forever.

What I’m trying to do with my music is be able to make music that every single person on the face of the planet can understand because a lot of artists hide a lot of normal human experiences that people go through, but that’s calm because that’s their approach, but my take on music is very different. It’s all natural and raw – that’s the best way to describe it!

I go into the studio and listen to the beat and within 30 seconds, I’ve laid down exactly what I want to say on the song. The process is knowing what you feel at that time and blocking out the world around you for as long as you are in the booth and letting it out. It’s the easiest process for me to make music.

Can you tell us about your debut single, C4?

C4 started as an idea in my room. I talked to one of my mates Haan who lives in LA and we decided to turn this idea into a song. I’m excited to get it out into the world and share it with my audience and friends and family.

The video was directed by the 506 Flow Crew, who I know you’re a part of. Can you tell me a bit about this crew and what you guys do?

506 started out as a vision of mine from school. I knew that I wanted to do things that I truly believed in and was passionate about so 506 was about me having a way to build up my family – my friends from school who have the same passions and visions as me, and 506 was the chance to make that come to life. We just started out as a bunch of kids with dreams and to see this vision come to life means everything to me.

We are a family of creatives and the whole team helps my vision come to life. Everyone has a certain role in 506. Whether you’re Nav shooting the videos or your Adzz with me every single day behind the scenes, or if you’re Nick or Adam working on the merch, every person has their own role. Amir is my backbone. Everyone has a certain role and as long as we keep each on track with everything we do, that’s all there is to it. As a team, we try to build each other up and keep each other on track to make sure we’re headed in the right direction.

I’m excited for the world to see my family 506, to make a change no one else has yet and I’m excited to stand out and be different. I’m working for a purpose bigger than me. I feel like 2021 is where I can finally start to plant my seeds because the vision that I have for the future is infinite. I want my music to be on a platform where I can speak to not just today’s generation or my friends or the people who relate to me, but I can speak to the people of tomorrow or the people of the next decade and inspire them to do something and make a change.

Music for me is always raw emotions. When I’m in the booth it's an escape for me to find my sanity and to get my feelings out. People should take away whatever they want from my music, it’s up to them to interpret what they’re hearing. 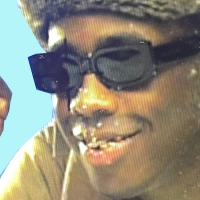 It's finally arrived: Listen to LUMBERJACK, a brand new tune from Tyler, The CreatorThe hard-hitting tune is a pivot back towards his earlier rap sound,and comes as Tyler continues to tease his next album. 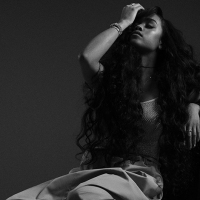 A guide to H.E.R., child prodigy-turned-one of R&B's most celebrated musiciansFeaturing everyone from Thundercat to Lil Baby, H.E.R.'s new album Back Of My Mind proves that she's worthy of the hype.
Rap / R&B