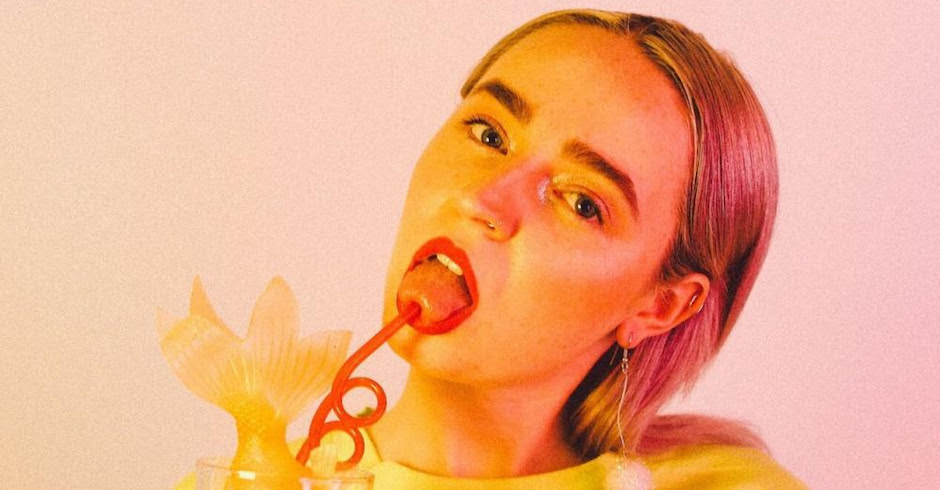 There's a lot to love about Muki. After exploding onto the Australian pop scene with her saccharine sweet, Pilerats-premiered debut Sassaparilla, the Sydney musician - real name Maddie Crabtree - has been nothing but electrifying and inventive, giving us insight into what the future of Australian pop could hold with her forward-thinking approach to sassy bubblegum pop that has seen her become one of Australia's up-and-coming front-runners. In the tracks of that come since (such as the approachable and pop-centric Friends Don't Make Out and 2018's colourful explosion of bubblegum pop Gold Oxygen), Muki has proved herself to be one of few pop musicians - from Australia or beyond - pushing boundaries and ushering in a new era of the genre, a new era currently earmarked by names like Charli XCX and SOPHIE overseas.

Using inspirations like these, M.I.A. and the Spice Girls, Muki's self-described 'brat pop' sound has been met by nothing but acclaim and love, from being tipped as 'one to watch' by basically everyone with their figure on the pulse in Australia, to supporting names like Paces and Client Liaison on national tour runs which saw her debut club-pop tracks beyond their time in the current Australian pop market. "I love interesting, intricate production and sound design and I love what emotions it carries," she says on her brat pop sound, and drawing inspiration from the metallic twangs of SOPHIE and the accessible hyper-pop of others. "Pop music is going through a revolution at the moment, and it is incredibly exciting to be a part of this new wave of pop in Australia."

Currently touring the EP with a round of east-coast dates over the next month (dates at the bottom of this interview), It Won't Hurt - her debut EP, out now - is just the start for Muki. It's a feisty and sass-filled exploration into the world of colourful, clanging experimental pop, pushing a sound into the limelight that she'll no doubt continue to explore through the rest of the year and into the future with more music on the cards. Get around the four-track EP below (paying particular attention to the ringing fourth track Player), and be sure to check out the PC pop queen in action at any of her headline shows still to come.

HELLOOOOOO!!! Thank you so much! It HAS been a big 12 months! I kinda feel like I am only just catching up with it all now. I feel like so much as happened! I got to go on my first national tour with Client Liaison, I signed on with SONY ATV and I released some music with some friends. It’s been so much fun! I still live with parents though… so not that much has changed hahaha!

Before we dive into the EP and everything on you, I wanted to go riiiiiiight back to your beginnings. Your dad is a Blues musician correct? Do you believe that growing up with a musical influence in your family has benefited your musical career or your general involvement with music? How so?

Yes! My dad was like this really cool 80s Blues musician and would wear like blue suits and perform in jazz bars. I definitely think that having a musical family has helped me, my dad just the other day was like helping me get my gear sorted for my headline tour, so it definitely helps! My sister is also a producer so I always send her songs I am writing and mixes and get her to give me some advice and visa versa so it’s really cool to have that kind of relationship with her. They are so encouraging of what I do, and they are also really excited by it all.

Listening to your music, there are some super clear influences in the productions with people like SOPHIE and the PC Music team, which is great because that’s quite a unique and unexplored sound – particularly in Australia. What is it about these artists that inspire you and push you to do your own thing?

I love the way that the sound design in SOPHIE’s production kinda catches you off guard because she uses sounds that wouldn’t normally be used in music production - yet somehow they totally work and fit within her track. It inspired me to push the boundaries with the kind of sounds we could use within the production.

This sound, when added to your more pop-centric vocals, form this genre you’ve called ‘brat pop’. Can you explain your thought process behind the genre and the genre’s meaning?

When I would try and explain the kind of pop music I made I would often use words like, ‘weird, sassy, pop’ and then one day I was like ‘my pop music is kinda like your little bratty sister, cause its not afraid to tell you what it thinks, and its weird and its sassy’. Hence my term ‘Brat Pop’ formed. 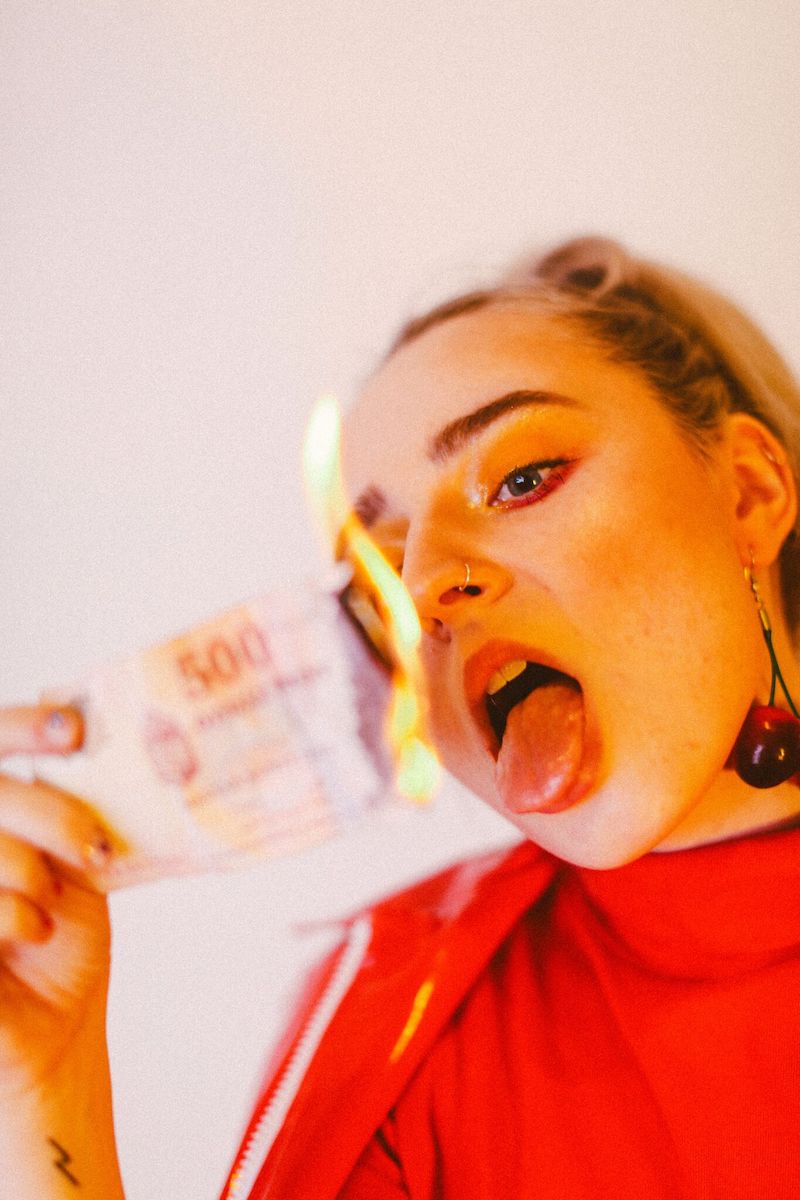 You’re one of a few pop women pushing the boundaries in Australia right now. What are your thoughts on what’s happening in Australian pop right now and where do you see it going?

I am so excited by what is happening in Australian pop - I find it amazing how there is this comradery that is happening, we all encourage one another and want to work with one another and build this ‘Australian pop’ sound. The sound that is coming out really is unique to the rest of the world; you can see that through even our writers that are being celebrated globally. Nat Dunn, Sarah Aarons, Alex Hope, they are all perfect examples of how Australian pop is actually making the rest of the world turn its head and look to Australia for the next pop sound. It makes me really excited to be apart of this new wave of Australian pop.

You recently came back from a writing trip to Seoul – how was that experience? Do you find that dedicated writing camps make it easier to focus and actually write music?

Yes I did! That was honestly a wild time! Literally I would wake up and walk from my hotel to the studio every day and we would be there from like 12 pm - 4 am. I would miss breakfast every morning just trying to catch up on sleep! It was so cool working with the calibre of writers and producers on that camp, they all have their hands on some of the coolest projects coming out! It really was amazing!

I totally think there is a benefit to dedicated writing camps; it makes you hungry for it! You know you only have a certain amount of time together to get a song out. We were wanting to turn out a song every day, so we would be pushing for that.

I know that you’ve just got your EP out the way, but I know for a fact (after that Paces tour) that you have heaps more incredible, boundary-pushing music in your bank. What are your plans for the rest of the year?

Thank you so much! Well after this tour I am going to just be heading back into the studio. I want to be collaborating with other artists on their projects and I am gonna start writing for the next Muki EP. We have a few interesting and fun collabs in the works too!

Muki's debut EP It Won't Hurt is out now. 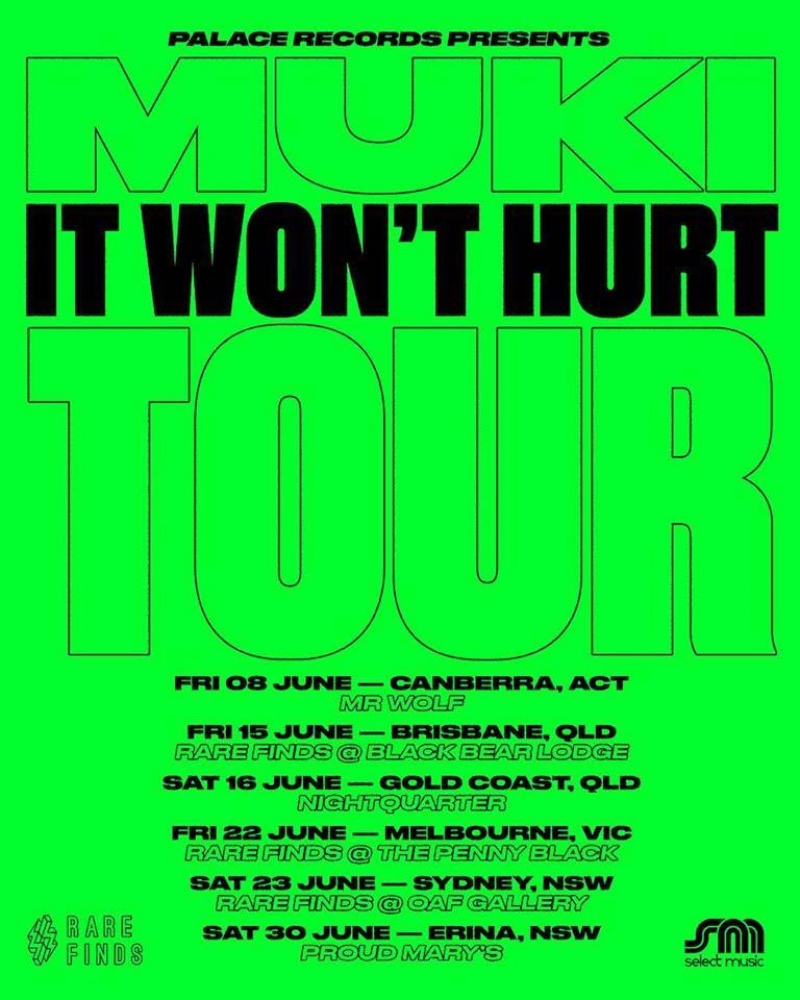 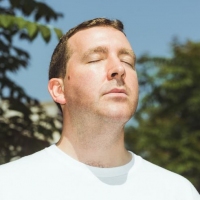 Electric Feels: Your Weekly Electronic Music RecapThe best of the electronic world in the past week, including Joe Goddard, Maribou State, GANZ and more. 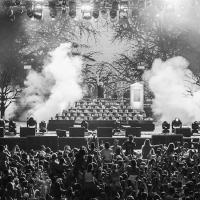 Listen to Worship, the second single from Golden Features' debut album, SECTHe's unveiled the tracklist to the July 27-due LP, all ahead of the Australian tour to celebrate.
Electronic