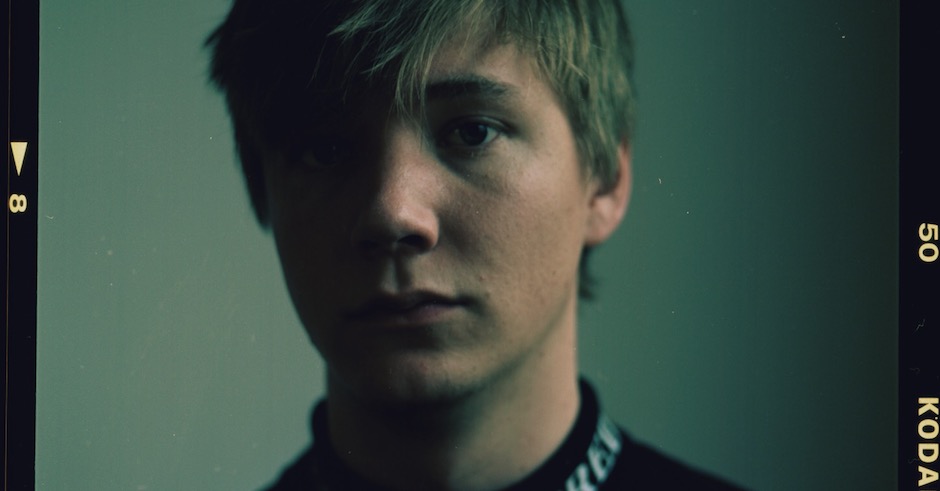 "It's all you..." sings a light vocal on Bara Du, which eventually distorts into a whistling melody above thick layers of synth, crisp percussion, and subtle bird cries. Sitting somewhere between pop and synth-soaked electronic, Bara Du is the perfect introductory track for Places We Don't Know and also, to a degree, Swedish producer Kasbo, who guides his way through this flavour of electro-pop on his debut release. Like Bara Du, many of the pre-release teases of Places We Don't Know shine with similar grace. Whether it's NEA standing tall on Bleed It Out, TENDER's uplifting croon on Aldrig Mer or Frida Sundemo on the Pilerats-premiered Over You, each vocalist feels at home above Kasbo's versatile instrumentals, instrumentals that prove that he is not someone to lump into the 'future-bass' crowd but instead, someone branching out from his synth-drenched sound and creating music that is dynamic, interesting and unique.

Kasbo feels confident in his redefined and focused new sound, with Places We Don't Know joining recent singles like Found You and Call in mapping out his exploration of his flavourful sound and everything it incorporates. It's also an incredible debut album (especially for an electronic producer in a time where many electronic debuts fall flat), which is why we've become all about Kasbo in the ride to the album's release and why we've tipped him as one to watch in Australia as his impact grows outside of the US, UK and EU to shores overseas. It's also why we chatted to the musician ahead of the album's release, talking about writing the record, the growing impact of pop music on electronica, and if he has anything planned for Australia in his upcoming round of tour dates:

Hey Carl – so first of all, congrats-in-advance on the release of your debut album. I know writing your first album is a big struggle for electronic artists as they typically go down to the single/EP route. How did writing and producing Places We Don’t Know go? Were there any struggles with working on your debut album?

Thank you! It’s definitely a challenging process [and] involved a lot of self-doubts, anxiety, stress, a lot of negative feelings – but it’s also one of the most developing processes I could imagine. I think one thing an album asks of an artist is just that, to really be an artist. I feel that was one of the biggest things, going through that transition. There’s a big difference from uploading songs online, which somewhat have the same vibe, and releasing music as an artist I feel. As an artist you not only have to make good music, you need to create a universe for the listeners to take part of.

You’ve been in the electronic scene for a relatively long time – releasing tracks under the Kasbo name in 2013/2014. Your career has largely been singles and EPs thus far, so what made you decide to dive into writing a full-length album?

When I started out and made Kasbo I had pretty much owned my producing software for a week. I didn’t know what I was doing but I knew I wanted to show people, there was no intention behind it though, I was merely making sounds I wanted people to hear. So naturally, there was no purpose behind making an album. Why upload a big playlist of songs when you can upload them individually as soon as you finish them?

I don’t really think I really became Kasbo until about two years ago, around the time I made World Away. Pretty closely thereafter I decided I wanted to make the album because I realised that was the only real way I could create this world in my head.

Sorry to talk genres because I know a lot of artists dislike it – but I feel Places We Don’t Know sees you move into more of a pop realm, while also keeping your electronic roots. Is this a purposeful move? And if so, is there anything that has pushed you into this new sound?

Yes and no, I feel I’m moving more towards both parts of the spectrum, more pop, and more left field. Naturally, a lot of the chosen singles from the album have more of a pop distinction.

I think I've reached the point where I’m not trying to prove anything to anyone. I’m not trying to get the ‘head nod’ from the cool kids by making weird left-field music, and neither trying to win the approval by a larger group by making universal pop-centred music. I think I lost all those preconceptions and can see the beauty in all types of genres which makes me not afraid to venture more into pop, or more indie; there’s amazing music in both areas.

One of the reasons why this change in sound is interesting is because Sweden, where you’re from, has a big history with both EDM (Swedish House Mafia, Avicii etc.), which is now becoming more and more pop thanks to people like Max Martin. Have you, living in Sweden, felt this change first hand? Has it influenced your move into pop music at all?

I think there’s a huge culture around pop music here in the Swedish music industry, but I’m fairly disconnected from it. If anything I think bigger international electronic acts that I respect venturing into the pop has inspired that by removing the stigma from the genre.

Do you agree that electronic music is generally turning more pop-centric and radio friendly?

It definitely is. Porter Robinson says it really well, with EDM merging with pop, a lot of producers realise they only need to compromise their art just a bit by having a chance for a mainstream hit. I think that temptation might be a bit too strong for some. But could also be due to there being less stigma around pop music in general. Like, a song like Troye Sivan’s My My My! feels more intellectual and well made than a lot of elitist left field music.

You’ve mentioned that with Kasbo, you want to create a world/realm which people can explore, instead of just being a name that releases music. Do you mind expanding on this? Is this what you want people to take from the album – this feeling that it’s something more than just music?

I mean it’s not more than just music, that’s the thing, music has the potential to do just that, make people escape into imaginary worlds and feelings. I think it’s just a matter of how you do it and how strongly and consequently you can deliver that feeling. Obviously, I try to keep that same tone in everything I do, whether it be artworks, shows, videos or music.

The intention of which the album was made however is to convey this imaginary place that only exists in your head. A dreamlike world that you want to explore, but you’re also not afraid of what you’re going to find.

Let’s talk about your single Bleed It Out. It’s one of the first you shared from the album, and you mention that it’s on the feeling of ‘beautiful chaos’ that comes travelling through foreign environments. You’ve toured internationally, correct? Is this anxious feeling something that affects you while touring, or does it feel more comfortable being there for music? How so?

I wouldn’t say that feeling is anxious per se. It’s stressful maybe, or no, just high intensity. Your pulse is way up. I think it’s rather exhilarating and a large factor why I do love travelling. I think sometimes the feeling of anxiety comes from the anticipation of that chaotic feeling, but when I’m in it, I just enjoy it.

With touring it’s a bit different, I’m very much a perfectionist and I worry a lot. Travelling to a new place every day and ensuring everything goes according to plan when just that is an impossible endeavour is anxiety-inducing, to say the least. It’s obviously worth it though when you get to perform, and meet everyone and see new places with friends. So I’d say 50% of the day when touring is panic, anxiety and hyperventilating, the other 50% is fun.

Is there any chance we can be seeing you in Australia now that the album is out the way? What else do you have planned for the rest of 2018 – just touring?

Possibly! I really want to visit, I’ve never been.

A lot of touring, and making new music, experimenting, I’m in the mood for making something weird. 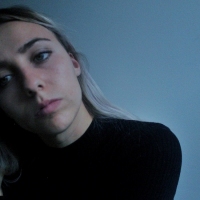 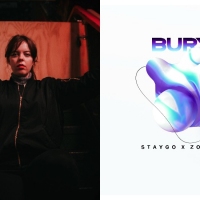