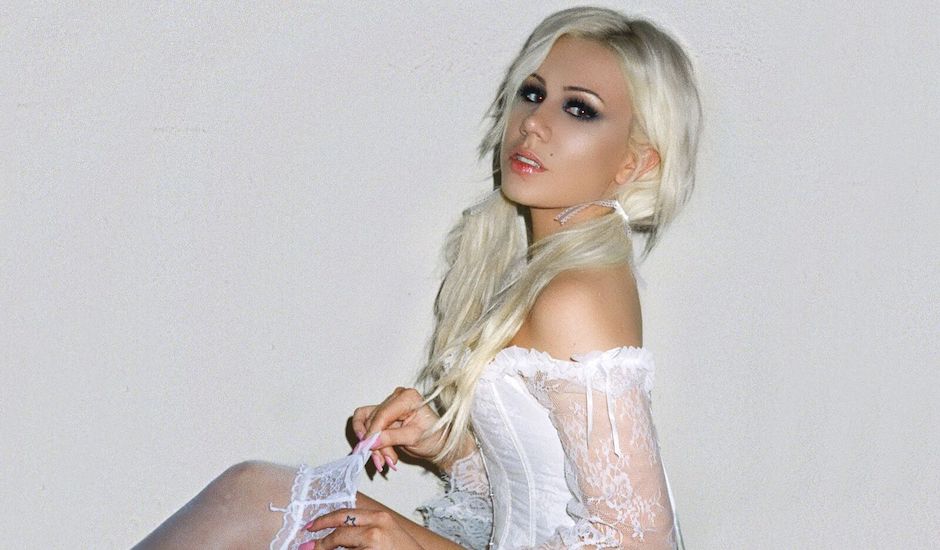 Slayyyter is the future of pop music, and if it's not her that tells you yet, it'll probably be some of the most on-trend and tastemaking people in the industry - The FADER and PAPER Magazine amongst the most recognisable. Over the last twelve months, Slayyyter - based in St Louis, Missouri after growing up in the rural US - has built herself an unstoppable brand filled with colourful bubblegum palettes and 2000s pop stars, taking the best bits from many of pop music's many sounds - Britney's accessibility, Charli's experimentalism, Lindsay Lohan's pop culture pull - and combining them into one, defying sound that is distinctly Slayyyter's - unashamedly pop, colourful, and really fucking fun.

Over the last year, a consistent run of singles has put Slayyyter forward as one of pop music's cult-adored, platforming herself through social media and its stan culture to develop an audience which thrives over every release and every tweet, backing it up with hyper-pop that's as left-field and eccentric as it is nostalgic and intoxicating. There was BFF, her debut that kicked it all off; collaborator and Soundcloud-adored Ayesha Erotica on production as she introduced us to the sugary-sweet world that she's spent the past years so relentlessly building. From there, things only got more adventurous and fun. Ghost, I'm High, Platform Shoes, Candy, Hello Kitty, Alone and All I Want For Xxxmas welcomed a seven-piece establishment and fleshing out of everything Slayyyter encompasses throughout the remainder of 2018, before Mine - her first track for 2019 - was a break-out moment, and also paved the way for the beginnings of an Australian debut.

On Mine in particular, Slayyyter's brightness shines through. It's guilty-pleasure pop without the guilt, providing that carefree escapism so many people find in pop music packaged into two-minutes-thirty of firing sugar synth and heaving bass kicks; Slayyyter's intoxicating vocal thrashing about over the top with confidence comparable to Charli XCX's PC-adjacent Pop 2 mixtape. "My style of pop is the kind of music that I like to make which allows me to get away from shit that I don’t wanna think about," she told V Magazine at the tail-end of last year, celebrating the release of Alone. "It’s kind of more of an escape type of pop. So many people probably listen to my music and think it’s so stupid, but it serves a purpose and embraces the joy of not having to think to hard about stuff… for like three minutes."

If there's one thing Slayyyter's made clear through her rise, it's that she's more than just bubblegum pop. She's a consistent boundary-breaker without even trying; even channelling Lindsay Lohan's rise and the adjacent growth of pop culture and Perez Hilton-likes feels defying in 2019, and it's something that's not going anywhere as she grows and grows. "I love the flop pop stars of that time period — like Heidi Montag’s pop career," she tells Rolling Stone on her inspiration. "It inspired me to make tacky songs that are just fun." However, while Slayyyter may still be a cult-adored favourite yet to break from her social media helm, you can feel that her experimentation means she'll outlast this 'flop' stage - even if she won't find the grappling, multi-continent attention of your Britney's and Gaga's.

Moving on, and Slayyyter's internet-centric hype is starting to blossom into something bigger. She's being plugged on mainstream radio - at least in Australia, where Mine got a handful of plays shortly following release - and with collaboration now at the top of her musical drives, you get the sense that she's a popstar-in-demand, and luckily, one of our favourites have cottoned on early. Her latest release, Crush On U, is a collaborative effort with our own bubblegum pop boundary-breaker Donatachi, combining the strengths of both sides into one, musical mish-mash of quick-firing electro-pop as bright as it is ruckus-inducing.

Featuring Slayyyter's vocal front-and-centre, the single encapsulates the bright-and-light sound both Slayyyter and Donatachi have championed in recent times; the former through her sparkly vocal and the latter through his colourful synth stabs and twisting bass, which has seen him become one of Australia's own favourites amongst the forward-thinking electro-pop space. "Slayyyter and I met on SoundCloud last summer and immediately bonded over wanting to live out our teenage fantasies online and produce big-budget pop from our bedrooms," he says on their collaboration. "I made this rave influenced beat on a dying MacBook and I think she recorded the already iconic bars in her closet. In one day we were able to produce the kind of experimental pop I’ve always been striving to create. We both have such a deep obsession for pop culture and this song is for all our crushes - boys, Bratz dolls and Britney Spears.”

There's plenty more to come. On July 5th, Crush On U will feature on Donatachi's debut EP Taste alongside fellow collaborators Evangeline, Rosebud Leach, Genes and Rromarin. Slayyyter, on the other hand, is bouncing towards the release of a long-awaited debut album - which we will hopefully have on our plate by the end of the year. In the meantime, dive into Crush On U below and remember, "God bless the stans." 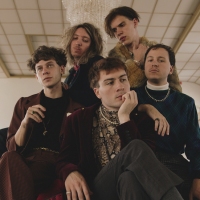 Introducing Marrakesh, the Brazilian group being mentored by What So NotBridging the gap between electronic and indie, the group's new single - Defectively - sets them as one to watch. 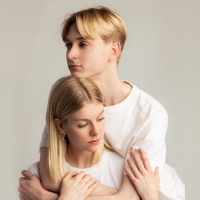 Premiere: Hemm launch the video for Why Do I Unwind? ahead of CHANGES and BIGSOUNDIt's a cut from the Melbourne duo's latest EP Make Me Stay A While So I Can Catch My Breath, out now.
Electronic