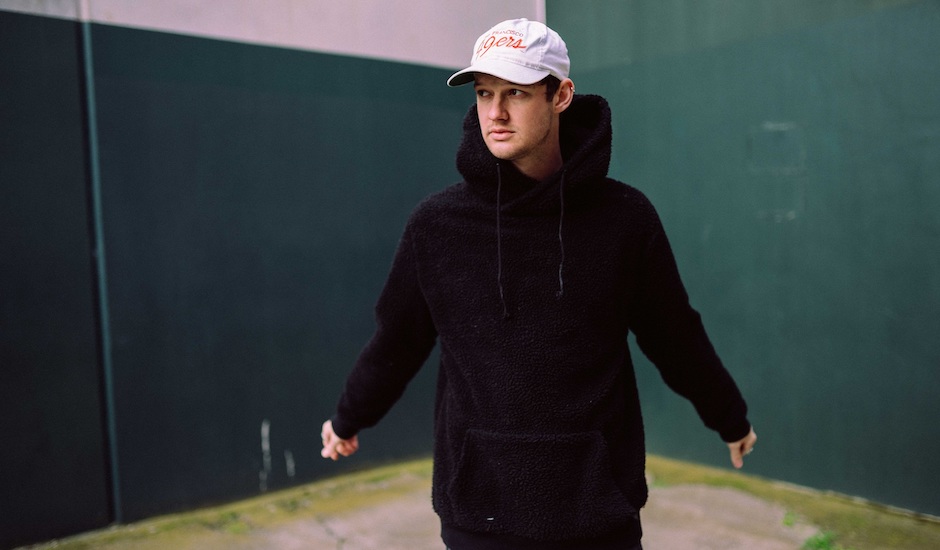 It'd be a flat-out lie to say that social media doesn't hold the stars of tomorrow, especially musically. It's something that's been known for a while - albeit more common and recognised thanks to TikTok and the hundreds of songs have that become commercially popular due to the social media platform - and JXN, real name Jackson Brazier, is an example of that; the Victorian-raised Brazier firstly captivating an audience through YouTube and Instagram, before moving into music more professionally.

Regardless of where he came, the last two years have proven JXN's worth as a next-up in the Australian musical world. Since emerging with his 2018-released debut single Solitude, JXN has consistently refined his craft in R&B-aligned pop, enlisting some of hip-hop's most promising names (chart-topping Laneway alumni A Boogie Wit Da Hoodie and A$AP Twelvyy among them) to help push his music into new directions to stand out from the crowd - and that he's done.

NeverASadAdventure is JXN's debut EP, and it's a career-encapsulating summary of his work so far, as well as the evolution and growth that's sure to define his future paths. It's a slick six tracks that sit within the crossroads of electronica, pop, R&B and hip-hop; JXN's vocal being the bridging presence that unites the many genre cliff faces he dances amongst, consistently moving across the EP's varying productions with a sense of swagger and confidence that seemingly defines the project, regardless of how versatile it may be.

On the EP-opening TRIP, for example, growling bass introduces the project as something a little more hip-hop-leaning, emphasised by JXN's vocal moving at a more upbeat pace contrasted to the rest of his work. The Allday and Fossa Beats-assisted Outta Space, however, redirects the EP's course onto more mellow R&B, with Jackson's vocal guiding its way through a clanging production that unites simplistic melodies with snapping percussion.

Where NeverASadAdventure shines - as you might've guessed from what we've said so far - is in its versatility, proving that Jackson can't be held down to a single sound. On SKY, JXN's vocal dances amongst a production that morphs guitar-wielding indie with electronica; EARTHGANG is reminiscent of early Weeknd with its sprawling, brooding R&B, while PROUD - the EP's closing track - also feels its more definitive; a cross-genre pollination of twinkling pop, indie, electronica and R&B.

"[NeverASadAdventure] is like nothing I’ve ever done before," Jackson says on the EP; a guiding introduction to an artist gradually finding his feet in a saturated sound where it's often difficult to stand out. "I’ve always thought I wanted to be a versatile artist. I don’t want people to expect what I’m about to put out."

With NeverASadAdventure, JXN is near-impossible to pin down, and that's something he's keen to bring to the project, by the sounds of it. Dive into the EP below with a track-by-track walkthrough from Jackson, who walks through the EP's creation and inner themes one track at a time. Then, keep an eye on him and the future paths he may travel down in the future.

A song I imagine people closing their eyes to at a music festival or in the passenger seat of a car and just straight vibing, I love the journey this song can take you if you allow it too. It's got very Blade Runner movie vibes and it's supposed to feel very futuristic.

Love the energy of this song and I've said a lot about it, but the Allday verse fits perfect and takes the song to the next level. I'm happy this is the lead single for my first real collection of music.

Touches on rekindling old flames, maybe regretting decisions you have made or still wondering if they were wrong or right. A feel good song with a nice catchy chorus "been to hell its alright, when you're not mine." Feels like hell when your not with me but its all going to be already. The female vocalist in the last chorus isn't featured but her name is Hannah Mundy - a talented singer/songwriter from Sydney.

A song talking about personal goals and accolades, achieving them and entrusting that you are on the right track to success and greatness - "we gon' be alright" repeat over.

Earthgang, to be honest, was kind of an accident. Joe (the producer of most of these songs) and I were in the studio just going through beats he has made and I thought this one in particular was so interesting and captivating. So, I started free styling melodies and words on the track, We thought at the end it was okay nothing special so Joe went away and kinda manipulated all the melodies randomly and by the time I got back in the studio it was completely different and the randoms words I was saying just fit in perfect and its nothing like I have heard before. No one's making music like this, that's why its special.

A song I wrote about my Opa passing away earlier this year. This one was really hard to write but it needed to happen; I wanted to make it a positive uplifting song so people who have also lost someone or something close to them can latch and hold onto it, and help them remember the good times.

I hope you guys enjoy this whole mass of work from me and appreciate the different direction we have taken with this. 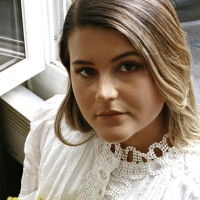 Premiere: Eliott strips back her most recent single, Circles, in new live videoThe slow-stirring rendition of the track really emphasises the emotive heaviness that underlays its every vocal. 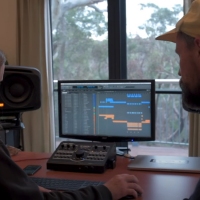 Exclusive: Hermitude go deep on The Buzz, break down its creation in new videoThe duo are celebrating five years since the album that hosted The Buzz, Dark Night Sweet Light.
Electronic