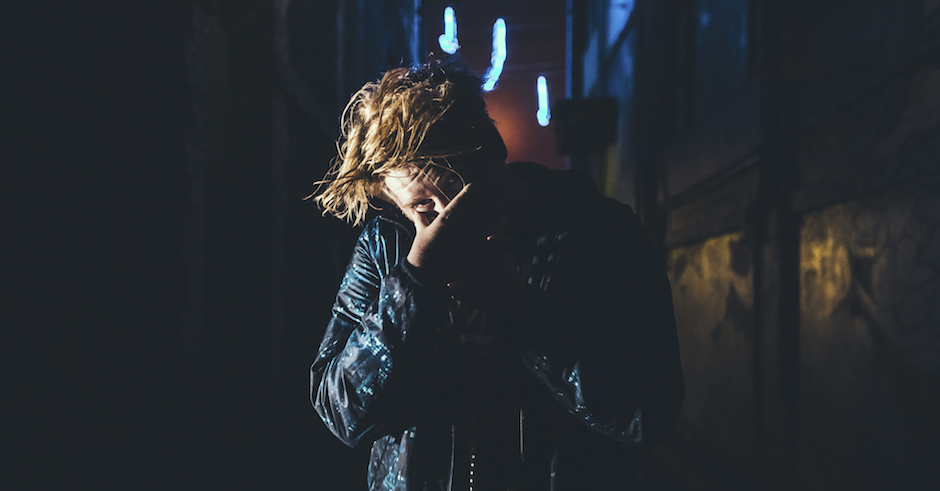 When it comes to the Australian bass scene, there's no-one quite as on-the-edge of popular as Enschway. While the Sydney DJ/producer hasn't quite reached the international level of Slumberjack, Alison Wonderland and What So Not just yet, he's definitely on the way, and his latest release, Friendschway Vol. 3, just proves this. It's the third chapter of his collaboration-heavy Friendschway EP series, this time, uniting the Sydney musician with Miami's Jupe, Australian young-gun Perto, Australian songwriter Savoi, and up-and-coming producer Leotrix for the three-track release that showcases three different facets of Enschway's signature sound. Make It Work, where Enschway meets Jupe and Savoi, is an easily-repeatable trap tune that would fit in many big-name sets - like much of Enschway's material - while singles like the Leotrix-featuring Can't Stay Here is notably more dark and moody than much of his past work.

"For Friendschway 3 I wanted to keep it short and sweet," says Enschway on the EP, which arrives ahead of an accompanying tour with Daktyl in DJ mode and Californian producer Vincent. "Two super heavy disgusting tracks and one calmer more emotional song. The EP has been in the works for so long I’m just so happy it’s finally so close to release. I think Lose It w/ Perto has been finished for almost two years and has been the most anticipated release of ours. I’ve spent the last few months really trying to hone in on bettering the quality in the production, so I’m hoping it shines through with this latest release." Dive into the EP below, and grab those tour dates below that - they're unmissable shows at this point, and no doubt some of the last before Enschway becomes more of an international name and those prices hike up. 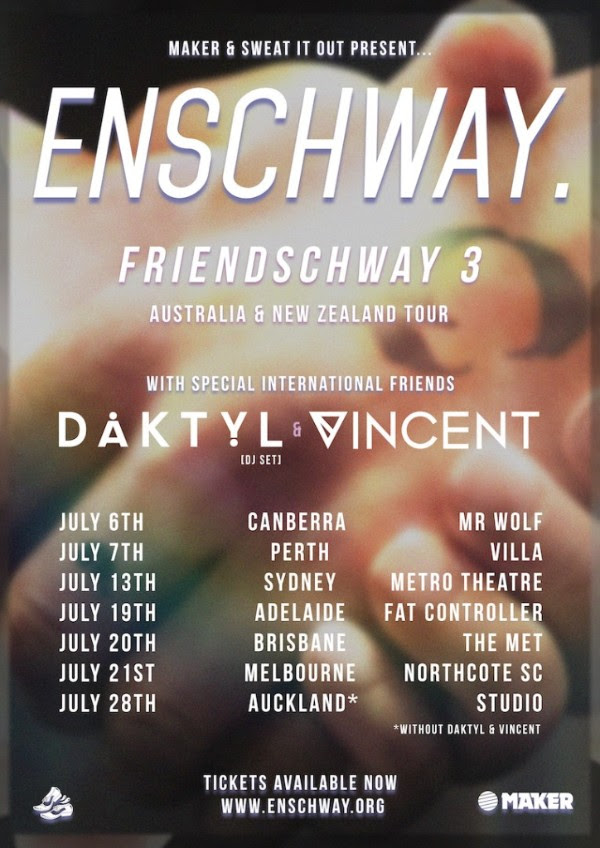 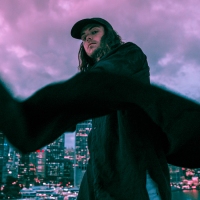 Track By Track: Vancouver Sleep Clinic takes us through Therapy Phase 02He'll be bringing the brilliant release to Australia next month for some select shows. 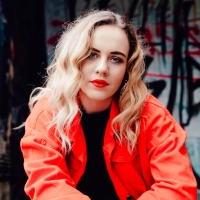 Meet Wollongong's Ivori and her catchy debut single, BittersweetThe singer-songwriter leaps out of the gates with her captivating, indie-infused electronic sound.
Electronic