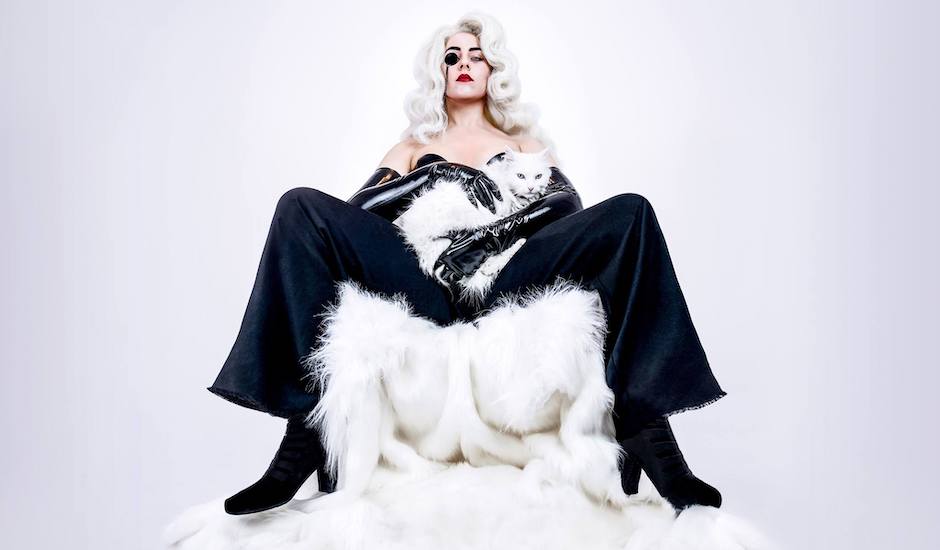 One of last year's big Australian electronic albums came from Cut Copy, who after three years of studio time and the touring, returned with their latest album Haiku From Zero. While it did bid a slight return to their 2008-era sound, it did tease a more 'band-y' side of Cut Copy that it sounds like they're continuing with Ocean Blue, an off-cut from the Haiku sessions that bids their first official release since. Arriving alongside a 12" Haiku From Zero remix package, the single essentially continues from where Haiku left off, combining a driving bass riff with airy, chiming synth melodies and the band's characteristically bright vocal, which cuts through the single's thick instrumental with ease. "Despite actually being one of our sentimental favourites, at the time it didn’t really sit alongside the other album tracks, so it was parked on the shelf for a year or so," says frontman Dan Whitford on the single. "But now that we’ve toured Haiku extensively around the world for a year or so, we thought it would be a nice footnote to put out this unreleased jam into the world for fans to finally enjoy."

“The future of Australian music is in the capable hands of artists like King IV,” said NLV Records - a label leading the charge when it comes to the future of Australian music - and we can't help but agree. Over the last few years, the musician has gone from strength to strength, teaming up with Rromarin for the career-breaking We Can Get It last year before its follow-up, Bump, gave us an artist that is dark and sinister, twisting and turning the edges of pop for a single that landed her as one of our artists to watch in 2018. Now she's back, rested and back on top after an injury knocked her out of the spotlight for much of the last twelve months. Basic marks her return and it's another triumphantly bold pop single that warps with her distinct dark experimentation, combining her commanding vocal hook with a razor-sharp production that is thick with her warped, sinister sound. "I made Basic for anyone with a fiery point to prove. They can’t fuck with us - we are unrelenting, determined, and we thrive off their disapproval," says King IV on the single, and if there's anyone in our music scene that is unrelenting and determined, it's her.

Young Sydney upstart Bajillionaire is an artist we're all about at the moment, with the producer well and truly holding our attention with his stellar recent single Take It & Run, which combined a "tropical-leaning saccharine synth melody with etcetera's bright vocals for a track that is as refreshing as it is replayable." He's now followed up just two weeks later with Empty, another single that showcases his knack for crafting catchy electro-pop that'll no doubt dominate very, very soon. This time around, he unites AJ King's soft vocal hook with a synthy production rich with playful samples, continuing to push his bright, summer-flavoured sound. "This song is really about being in a lonely place," says the rising producer on the single, who is primed for a big 2019 ahead considering his current trajectory. "I wrote it with two of my best friends, and all three of us were at the end of or just coming out of relationships, so we were in similar places emotionally. The idea of being Empty in the song isn’t as much about being alone, but feeling alone with other people around you, and not knowing why or how we had come to feel that way."

Leaving Australia for a quick moment comes SAKIMA, a London-based musician who initially caught our attention way back in 2017 with a vibrant, R&B-tinged single Happy Hr. Now, a year later, that R&B flavour has been cut down and replaced by confident pop that twists with distorted experimentalism like King IV above, something he definitely flexes on his latest single Apps. Co-produced by PC Music producer Easyfun, Apps is a brooding, twisted pop single that combines a churning, bass-thick production with SAKIMA's controlling vocal, which adds a further layer to single's dark edge. LA-based musician Robokid jumps up for a guest feature on the single, which as SAKIMA notes, is about the app-controlled queer dating scene in 2018. "I made this song as a retort to the dating/hook up culture that seems almost impossible to get away from if you're 'in the game' as it were," he says. "I was dating someone in particular and it was going really well, but by the end of it, it transpired that even though this guy really liked me, he just wasn't ready to give one person his attention."

Made In Paris - Reconnect

In case you missed the recent announcement, Sydney electronic institution Of Leisure have announced Blue Line Steppers - a twelve-track compilation highlighting the strength of Sydney's established and emerging underground electronic scene, giving a bit of attention to the acts that are unable to flourish in clubs thanks to the introduction of lockout laws in the area. Human Movement gave the compilation's first tease with Uber Eats, but Made In Paris has knocked it out of the park with hers, with the Sydney tech queen putting on a masterclass with a driving seven minutes of tech titled Reconnect. It highlights the internationally recognised production strength of Made In Paris, who on Reconnect, returns to the more substantial and perhaps darker side of her signature tech sound, which this time around, relentlessly pulses with bass kicks and open, restrained synth work. The whole compilation is out November 16th - pre-order it HERE - with a festival celebrating the underground culture going down in January next year - more deets on that HERE. 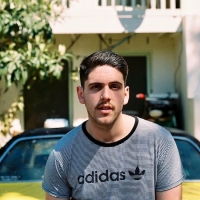 Premiere: NIK NAVY shares tender, James Blake-esque single, Keep You SafeFollowing on from the success of Colour Me, this is the second single from his forthcoming debut EP due next year. 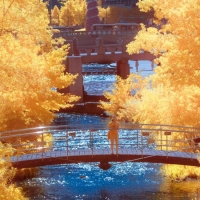