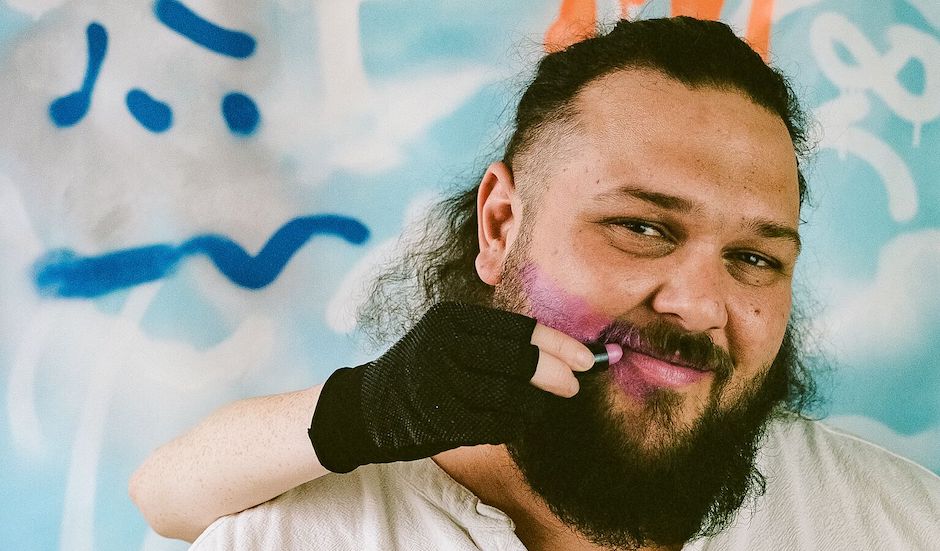 When people talk about Joyride, it's often difficult to work out exactly what side of him they're talking about. Is it the hip-hop force behind the ever-popular One Day team and their accompanying, renowned parties? Is it the loveable bear of a human being that you'll often find with you kicking on at 6 AM (there's a song about that – we'll get to it in a second)? Is it the Australian songwriting weapon who, through his own work and collaborations, has a catalogue that spans more genres that currently occupy the ARIA charts? Either way, Joyride – the "man, the myth, the legend," as we said – is an Australian treasure, and his long-awaited debut album Sunrise Chaser is one that'll hopefully make sure you don't forget it.

Across 15 (!) tracks and collaborations with Nina Las Vegas, HANDSOME, leftprojects and a whole lot of people behind-the-scenes, Sunrise Chaser is a masterclass at Joyride's varying sounds, each connected by his brilliant songwriting and humorous, laid-back lyricism. "Aunty Tracy's Cookies got me fucked up!" he sings on an album highlight, while another, Blue Batmans, is a euphoric electronic trip that relates a post-Rabbitohs win with a certain disco biscuit that's all-too-familiar to a fair few people out there. It's a witty album full of personality, while also spectacularly made in true Joyride fashion (who somehow, makes this seemingly impossible combination effortless).

Arriving via Dew Process/Universal Music, Sunrise Chaser is "a collection of stories about being 20-something legends on the weekend in the Inner West" that "explores different genres like a Bluetooth speaker on a bend," according to Joyride. "It explores the emotional spectrum that exists between Friday and Monday, including the bits we maybe try not to explore all the time," he continues. "Just finishing the album has felt like an achievement. If I was to aim for the stars though, I would hope that all the coolest people in the world listened to it and loved it and understood my intention and vision. Ironically, anyone who does those things will instantly become the coolest person in the world (no presh)."

In the new year, Joyride will take the tour around the country in band-mode (with HANDSOME and Sarah Corry, "the best band a boy could ask for," accompanying him on stage), with some super special guests in Heaps Good Friends and Approachable Members of Your Local Community. Before that goes down, though, take a dive into the sunrise with Joyride's album below, which he – in true Joyride fashion – has hilariously walked us through, song by song.

This album is about the weekend. Specifically, the weekends of 20-something sickunts in the inner west of Sydney and how they may choose to navigate its unique set of challenges. It's also about dancing, walking three blocks to the servo, tripping out staring at street lights and the unrepairable hopelessness of modern existence.

This was written after my GF was incessantly talking shit about how good she is at piano. I told her to write something and she wrote the piano for this song. Lyrically, this song is a trojan horse, gently providing a perspective of young life in the inner-west of Sydney before threatening, through metaphor and via old friend Sarah Corry, to kill everyone over the age of 60 as a way to fix the majority of humanity's problems.

A thematic extension of On The Level, Kings And Queens sets its aims more specifically at the law makers and law enforcement. Nicky Nighttime was a great assistance in producing this song. Young sydney people have been relentlessly attacked by the moneyholders and their henchmen-in-blue, and it's easy to feel powerless to fix it. Fuck cops. Fuck lawmakers. Fuck the greed in this city. It’s all very gross.

6 AM is an awkward time. A lot of people don't like being up at 6 AM. If you have company it's ok, but if you're alone, it can be Rob Thomas-esque (adjusted for relevance).

Raph Lauren wrote the beat for this, I wrote some words about wishing my phone would die so I didn't look at my ex's Instagram – bing bang bong u got a song. Easy as pie.

LOVE YOURSELF ENOUGH TO CELEBRATE YOURSELF

Part pro-euthenasia, part pro-drug slow dance. Charles And Eddie if they weren't cowards. You deserve to be able to kill yourself how you want to. Just be mindful of others.

An ode to a legend. For years, Aunty Tracey has made sure musicians feel comfortable and happy when they visit Victoria. She deserves her own song, and hermitude were more than happy to help facilitate it. The solo at the end is one of the more outstanding moments in Australian music in recent memory. Luke Dubs, ladies and gentlemen. #allucopscansuckmydick

A HOUSE WE'LL ALL FORGET

I wrote this after a trip-heavy weekend in a house in the hunter valley. The place got pretty trashed but it was such a happy time which has provided many incredibly positive memories, including my friend Sarah dressed head to toe in alfoil coming up to me and saying "I've come back in time to tell you that you're a sickunt and everything will be alright."

It felt rousing then, and even writing it now has fired me up. Sometimes, people know exactly what to say.

This song was written with Oscar Dawson from Holy Holy and Alex Laska from Kingswood. Our aim was to capture the pure joy of taking 2CB at 8 AM on a clear and sunny day, with good friends, good music and lots of soda water. I think the C section / soloey bit at the end perfect captures the mayhem of blue batmans. The musical equivalent of swimming at the beach and, for a second, not being able to touch the sand because you're a metre too far out. Ali Barter controls the outro like a pro.

A wolf in wolf's clothing. I often imagine this song being performed by someone like Colter Wall (although it would maybe need more codeine references).

It is, in its essence, a sad but hopeful country song, flipped to hit super hard. Hoping you see your partner after you've finished work is a nice thing to write about I think, but it is also maybe perhaps a bit bossyboots. Hence the reprise.

I worked on this beat with Jonce and we sent it to his leftprojects band mate and old friend Sarah Corry who smashed it. The woman's response to the original, basically saying "look I'm partying but yea I wanna see you too." A nice part of the narrative told beautifully by Sarah :')

Bree Tranter is the star of this song. A story about the things you think about lying next to someone that you may be falling out of like with, event though they maybe like you more and more. Still don't know if this is a sad song or not. It makes me sad, but there's a dash of hope lying in the slow movement towards resolution.

The powerhouse that is Nina Las Vegas wrote the hook and original version of this beat which I eventually flipped a little bit.

Sometimes you need to have sex one too many times with someone to realise you should never do it again, or to realise who you would prefer to be lying next to instead (and that can be cause for celebration).

HATE IS SUCH A STRONG WORD

A big warm hug for my friend Adit who sculpted the accompaniment of this track into the masterpiece it is. Another big hug for HANDSOME who lends her vocals to the outro. A perfect fit.

Break ups are shit, especially when the thing you're breaking up is more mud than concrete. This is a song about two pieces of muddy sludge sliding in and out of each other's lives before being given a chance to set in the bright bright sun of belief and hope (I guess?).

An ode to "u up?" but put way nicer. The amount we think about people is very rarely matched by the amount we communicate with them. Send that message; the worst that can happen is that you'll have to change your name and move overseas. Have some courage, coward.

I recently flew from Singapore to Sydney, and every time I was start to fall asleep, my leg would relax and bump both my call button and my light, instantly waking me up (and sometimes my plane neighbours).

The only greater torture that I have experienced in my admittedly sheltered existence is watching someone you're hot for get ready for work. There's something so sexy about watching someone get ready to go somewhere that they consider to be more important than hanging out with you.

Produced by Adit, this song is as much a love song as a commentary on late capitalism and modern day slavery. Or not.

I wanted to round out with a thoughtful banger. Underwater is a love song about sitting in my backyard doing nangs with the person I love. Jonce helped with the outro on this. You really should check out his album Outside/In. It's really good.

Thanks for reading. Hopefully, you enjoy the songs a little more because of this. If you do, please also think warmly of Mitch Kenny and Urthboy. Without their guidance, assistance and positivity this album would be no more than the smell of a damp and cold night.

As far as friends go, they are the warmest and cleanest of rugs. 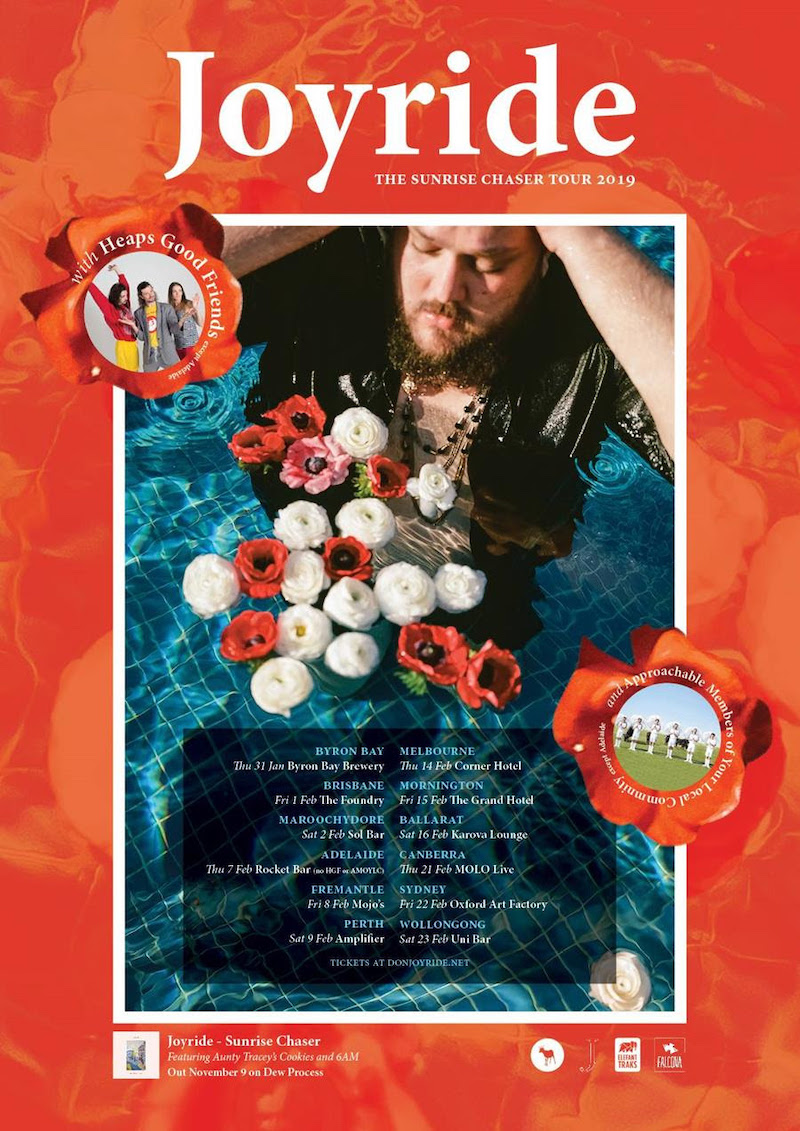 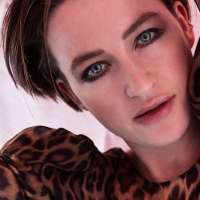 Washington's Claws bids the return of one of Australia's bestTwo years since her last stand-alone single, Megan Washington's delicate return is effortlessly stunning. 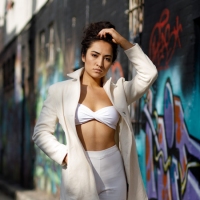